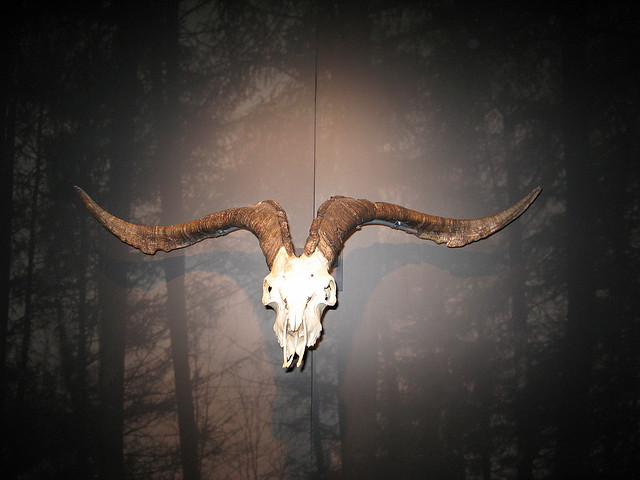 The forests here are lovely, verdant forests, but also exude an aura of mystery – and not just because of the sounds of the animals and the wind in the trees. Up in the north of the of Spain’s ethnically Basque autonomous community of Navarre, near the French border, the shire of Xareta is home to a town called Zugarramurdi, an hour’s drive from San Sebastián and just slightly more than that from Pamplona. And once upon a time, it was a hotbed of witches – and today the legacy lives on.

More than four centuries ago, on 7 November of 1610, a notorious auto-da-fé (judgment) was held here, in which 11 of 21 local people accused of witchcraft were condemned to burn at the stake. But what was scandalous and horrifying 400 years ago is good marketing today, so in recent years Zugarramurdi has been dining on this murky episode of the occult in its past, promoting itself as the Pueblo de Brujas (Town of Witches) and touting its Museo de Brujas (Witches Museum) and the Cueva de Brujas (Witches Cave, below), where covens would meet. Beyond that, the route continues through a number of nearby spots (the local tourist office has helpfully gone through the toil and trouble of compiling no fewer than four witches’ trail itineraries). 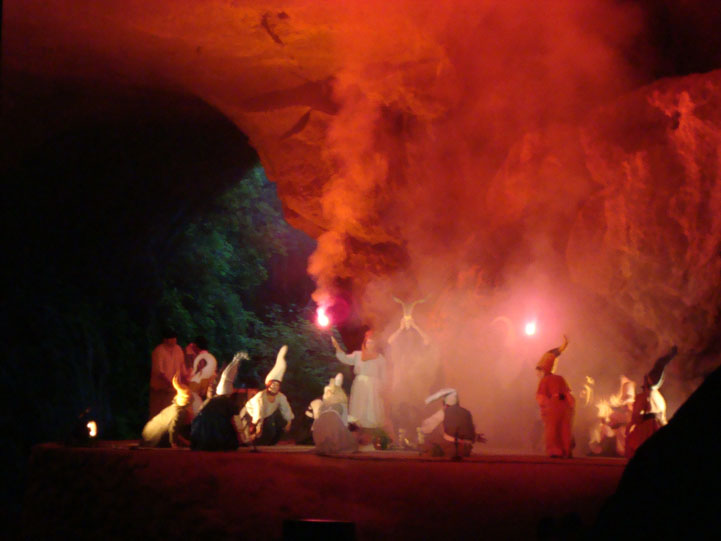 You might wonder, how did all this come about in this tiny Navarrese town? Well, in part the comparative isolation of this region of northern Navarre (and even these days, it can feel fairly off the beaten path indeed) encouraged locals to keep to ancestral traditions of folk medicine  – as well as pre-Christian traditions that came to be interpreted in those days as devil worship – into the 17th century. This particularly notorious episode stemmed from the account of María Ximilegui, a young girl who claimed to participated with dozens of townspeople in secret nighttime covens – some even flying through the air – and then repented. The local priest got involved, and from there it wasn’t long before the Inquisition took notice  (hmm, so much for “nobody expects the Spanish Inquisition“). The whole circus became a sensation throughout Europe, and so Zugarramudi earned its notoriety as Witchville.

The museum here starts visitors off with a video about Ximilegui and the hunt for the witches, then provides context about local myths, lore, and herboleras, the (mostly female) herbalists who used natural remedies to cure the sick. The aim is to move beyond the folkloric image to explore the era and its traditions, as well as bear witness to the atrocity of the mass execution that resulted from this incident. With that background in mind, folks can then visit the infamous and impressive cave where the rituals took place. And for an extra dramatic taste of the experience, said rituals are re-enacted here on St. John’s Eve (aka the summer solstice, June 23) as well August 18, when the town holds its annual zikiro-jate celebration (which also features roast lamb).

Incidentally, for a fun look at the town and its witches’ cave, check out the trailer below for a taste of the 2013 Spanish horror-comedy Las Brujas de Zugarramurdi (English title: Witching and Bitching), featuring among other things diva Carmen Maura in quite the fright makeup – boo!

Anyhow, beyond all the spooky stuff, as noted above, this bucolic area remains a lovely natural environment, and visitors can also explore that nature more fully, including hiking to other impressive local caves near the neighbouring town of Urdazubi/Urdax. It’s certainly a spectacular area to let your imagination run free – but just in case, you might want to watch out for old ladies with brooms.