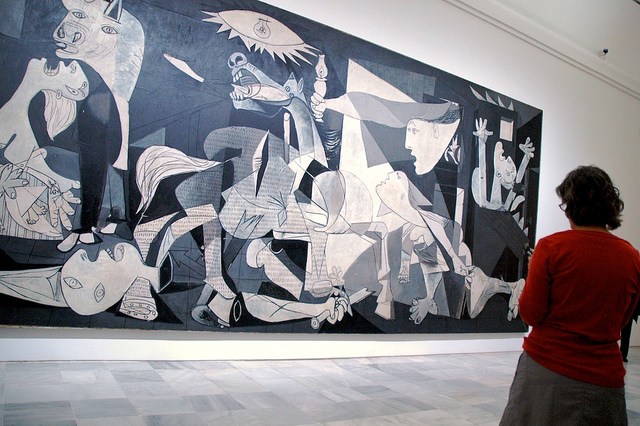 Museum curators and museum mavens alike just love travelling museum exhibitions, and so in any given week, thousands of artworks are sent between cities both by land and by air. But have you ever wondered how these extraordinarily valuable – indeed, irreplaceable – treasures get from place to place safely? As an airline that’s been at it for decades, here we’ll let you in on some of the secrets of transporting some of the world’s most precious cargo. 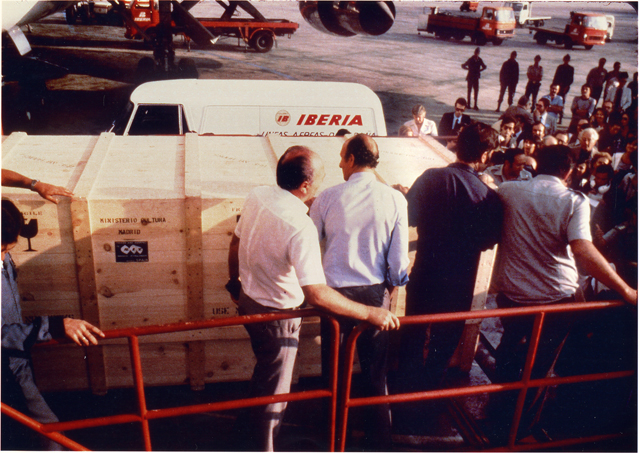 And of course, art travels for more than temporary exhibition; other reasons include conservation, restoration, and even more special reasons. One of the most momentous moments in our art-transport career occurred more than 30 years ago – but, ah, we remember it like it was yesterday. On September 10, 1981, the Boeing 747 Lope de Vega landed at Madrid‘s Barajas Airport to great anticipation. It carried, you see, one of the world’s most famous paintings. Pablo Picasso‘s searing Guernica had been on display at New York City‘s Museum of Modern Art since the late 1950s. Picasso left instructions that it should return to Spain only after the restoration of democracy, and it was time.

And thus the most iconic artwork of the 20th century arrived in the bowels of our largest aircraft, handled with extreme care and under the strictest of security measures. Because of its size and particular artistic, historic, and symbolic importance, there were even more such measures than usual. But here we’ll take you through some of the usual protocols for flying art. 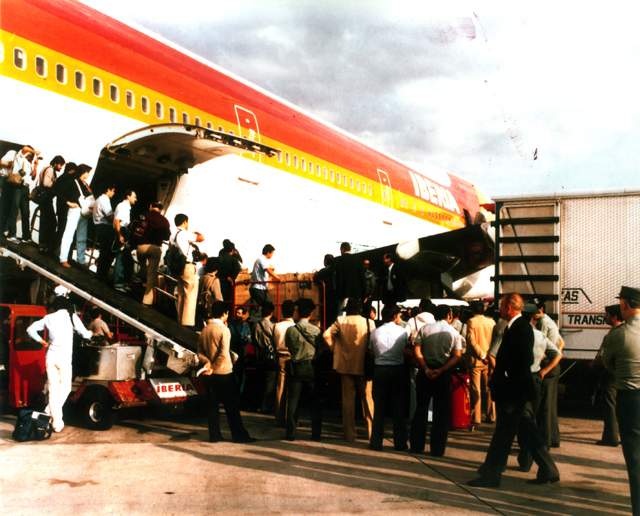 First of all, in Spain the process begins with permits and certifications from the Ministry of Culture. The premier enterprise specialising in what’s called “museology” is SIT, works closely with Iberia (and we’re proud to say that company has asserted on various occasions that “working with Iberia is an added value in peace of mind for the transport of this type of merchandise”.

From the moment an agreement is reached to transport any work of art, a train of protocols and procedures is set in motion to ensure that it not suffer the slightest damage or deterioration throughout its round trip. And one of the top factors that come into play is to protect it from humidity, extreme temperatures (primarily cold, at high altitudes) and the vibrations and movements of the aircraft – both potentially catastrophic.

Therefore, the specially designed crates in which the artworks travel are prepared well ahead of the flight – including, for example being kept in an enclosure recreating a vacuum environment for some 24 hours prior. It goes without saying that all personnel who come in contact with the artwork are trained professionals (who then travel with the item(s) to ensure proper procedures are followed at all times).

Once the artwork is finally ready to embark upon its journey, the first leg is of course the trip to the airport – in semi-armoured lorries equipped with climatisation, alarm systems, and special suspension. In the case of works of particularly high historical and/or artistic value, a police escort may also be added.

Arrived at the Iberia cargo terminal, the personnel will transfer the item to another specially secured container or to a pallet (metal platform) on which it will be securely wrapped in reinforced plastic.

The Art Takes Off & Lands

This entire package is carefully transferred into the cargo hold, and always secured vertically, in the same position and direction in which the aircraft is flying, which further minimises the risk of damage.  Upon landing, it undergoes a meticulous inspection for any signs of damage, then is transferred to another specially adapted lorry for transport to its final destination.

At that destination – be it museum, exhibition space, laboratory, or wherever – it will carefully be unpacked and placed in an environment climatised to the temperature and humidity conditions of its home museum.

It’s a long, complex, at times arduous ritual, but one that is amply rewarded by the pleasure and enthusiasm of the new throngs of art lovers able to experience up close and personal another of the world’s magnificent artistic heritage.