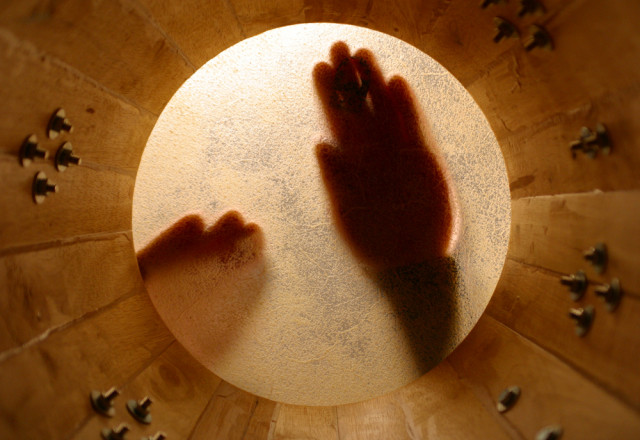 Globalisation has been a sometimes controversial mixed bag in different areas and different parts of the world, but I think we can all agree that on the plus side, one of its grooviest benefits has been to bring to spread many of the exciting cultural achievements of societies much different from our own.

Nowhere is this more exciting than in the field of “world music”, a term that came into vogue beginning in the 1980s to describe music both non-Western and non-mainstream Western. Initially referring to traditional music, it’s now rather broader, extending to all kinds of funky fusion, from pop to electronica and beyond.

There are thousands upon thousands of talented world music artists out there, but here are a dozen of the most influential of the present and recent past which have done the most to popularise their sounds beyond their own cultures. Some you already know (and may even find a bit obvious), but others you may not. And yet others you may think I have perhaps unfairly left out; if so, please let us know in the comments!

This 68-year-old Yoruba band leader (né Sunday Adeniyi) is one of the best known musical ambassadors, not just of Nigeria but all of Africa. His genre is known as Jùjú, which had been around for decades and is based on traditional Yoruba “talking drums”. But in recent years Adé and others have also added influences from pop, funk, and reggae, as well as non-traditional instruments electric guitars and keyboards (and in Adé’s case specifically, pedal steel guitar from the USA’s country music).

Bolero, son, and other traditional Cuban music can boast many towering figures (Beny Moré comes to mind), but the crew of elderly gents who burst on the world scene in the late 1990s with an album and documentary produced by Ry Cooder made the romantic sounds of Cuba’s mid-20th-century “golden age” a worldwide phenomenon. Many of the best-known originals such as Ibrahim Ferrer, Rubén González, and and Compay Segundo, have passed away, but survivors as well as newer artists in the genre still keep the group alive and touring. The song above, Chan Chan, was composed by Segundo in 1987, and is now ubiquitous in Cuba. (Parenthetically, I once flew all the way to Reykjavík to hear the originals play, and I can attest to their appeal even to a crowd of Viking descendants.)

Still led by founding member Paddy Moloney, at age 53 this currently four-member group is indisputably the granddaddy and dean of today’s Celtic/traditional Irish music scene, having done the most to popularise it beyond Ireland’s borders beginning in the 1970s, with hits (some instrumental, some with vocals) like O’Sullivan’s March, Rocky Road to Dublin, and Give the Fiddler a Dram. The Chieftains have teamed up for performances with a variety of other artists, as well, from Luciano Pavarotti to the Rolling Stones. The above video is a medley from 2012 (music kicks in around the 50-second mark).

Back to Cuba, but for salsa rather than nostalgia. The Afro-Cuban “Queen of Salsa” (1925-2003) was for millions Cuba’s best-known singer, even though she spent much of her life in exile, living in the USA and touring the world. Her enthusiastic signature shout-out was “Azúcar!” (Sugar!), and she was known for hits such as Life is a Carnival (above) and The Black Woman Knows How to Move.

Another diva (1941-2011), though much more low-key than Celia, this Grammy-winning daughter of Cape Verde, an obscure little former Portugal-colonised archipelago off West Africa was a bar and cruise ship singer discovered by a record producer in 1985, becoming a sensation in Europe and eventually beyond. Her genre was morna – usually slow, often wistful songs of love, love of homeland and themes of loss  – all sung in local creole based on Portuguese, such as the classic Sodade (above).

Another ensemble which rose to success in the 1980s, this group of cousins from Provence (but sons of Roma a.k.a. gypsy parents who fled Spain for France during the Spanish Civil War) does flamenco-inflected pop in Andalusia-accented Spanish. Their breakout record, including the hit Bamboléo (above), was one of my first and favourite world music albums, and they’ve continued a strong career ever since, including collaborations with the likes of Ziggy Marley and Bananarama, as well as forays into film (most recently Toy Story 3 in 2010).

Known for gorgeously intricate, a capella harmonies mostly in Zulu as well as English and a smattering of other languages, this male choral group was named in part for the name of founder Joseph Shabalala’s home town in the KwaZulu-Natal province of South Africa. Composed of various Shabalala cousins and associates, it had roots in the 1960s but rocketed to world prominence after being featured on the 1985 Paul Simon album Graceland, leading to four Grammies and a distinguished, high-profile career. Above, one of their signature songs from that album, Homeless.

I include this Mozambique-born, biracial Portuguese singer, now 42 years old, because though she’s not yet as legendary as some of the others on this list, I’ve always found her to be an extremely impressive and talented successor to fado great Amália Rodrigues as the most prominent world ambassador of Portugal’s national music form. Her smooth “new fado” sound, often fusing with pop and other genres, has sold more than a million records worldwide. Above one of my favourite songs of hers, Rosa Branca (White Rose), from the Terra album, its video filmed at Sintra Castle.

Few in the world don’t recognise the most iconic name of the reggae music of the English-speaking Caribbean, who in the 1960s and 1970s became one of the best-selling artists of all time, in the process elevating reggae to international prominence. The ganja-smoking, dreadlock-wearing, Rastafarian Marley – together with his group the Wailers and solo – gave the world well known classics such as Three Little Birds; No Woman, No Cry (above); and One Love.

The final African-music exponent on my list – and reall, the continent’s best known living singer – hails from Dakar, the capital of Senegal, West Africa, where in the 1980s he developed his signature sound based on mbalax, a melding of traditional Wolof music/drumming with Western forms including jazz, rock, and soul. And to cap things off, N’Dour is also a newspaper owner as well as, for the past three years, also his country’s minister of tourism and culture. The clip above is from Immigrés, the album that put him on the map.

Hopping over to Asia, India’s maharaja of the sitar (1920-2012) remains the subcontinent’s only musician many Westerners recognise by name – earned beginning in the 1960s by his association with the likes of the Beatles (via George Harrison) and jazz great John Coltrane, as well as Western classical icons like Yehudi Menuhin and Zubin Mehta. A triple Grammy winner, he was considered one of the late 20th century’s top exponents of Hindustani classical music, with a distinct style including novel approaches to rhythm.

Brazil is another country which has long punched above its weight musically on the world stage, with artists such as Tom Jobim, Milton Nascimento, and Gilberto Gil. But perhaps the most internationally popular and influential is this now 73-year-old guitarist/singer/songwriter from Bahía, who pioneered a gorgeous, laid-back fusion of bossa nova, African rhythms, and 60s guitar innovations dubbed Tropicália. Top hits include Sozinho (All By Myself), Sampa (São Paulo), and still my own favourite, Você É Linda (You Are Beautiful, above).

Finally, while he may not be in a class with the above, I do confess a soft spot for Cameroon’s Francis Bebey (1929-2001), whom I will forever remember for his early 1982 album Pygmy Love Song, particularly its track Pygmy Divorce, which includes the immortal line, “tell me the name of the man who give me back my elephant tusk” (should’ve gotten a pre-nup). Rest in peace.