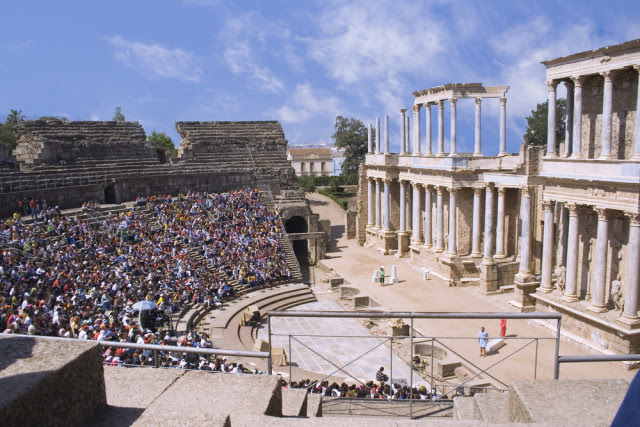 Hugging Spain’s upper border with Portugal, the autonomous community of Extremadura, composed of the provinces of Cáceres and Badajoz, is well known to other Spaniards as a proud land of strong traditions; rich history; distinguished cuisine; and fascinating historic, architectural, and natural riches.

In fact, in particular this is considered one of the country’s under-the-radar eco-paradises, with extensive and dramatic valleys, plains, and natural parks that attract nature-lovers and outdoorsy types from across Europe and beyond; as well as a premier source of one of The Spain’s most iconic culinary delicacies: cured Ibérico ham of such distinction that it has its very own appellation.

As a city, Extremadura’s capital Mérida can boast roots stretching back some 2,000 years – much of which can be readily discovered along its streets and in its nooks and crannies. Founded in 25 AD as the Roman colony Augusta Emerita, the legacy of ancient Rome lives dramatically on in the ruins of Mérida’s amphitheatre, Circus Maximus, Roman Bridge, Aqueduct of Miracles, the Roman Theatre (top), and the Villa Miltreo – all very good reasons the city’s historic core has been designated a UNESCO World Heritage Site.

The theatre in particular has become something of a municipal symbol, and is the site every July and most of August of the Festival Internacional de Teatro Clásico, where the works of ancient authors such as Sophocles and Aristophanes come to life, along with classically-themed works of later vintage.

Beyond the ancient Roman, the historic centre within the old city walls – a warren of winding, often narrow, cobblestone streets – is am architectural open-air museum particularly of the medieval (Cathedral of Santa María Mayor, Our Lady of La Antigua) and Renaissance (city hall, Church of Santa Clara, Church of Our Lady of Carmen). The Plaza de España is also a must, ringed by traditional and ancient palazzos. 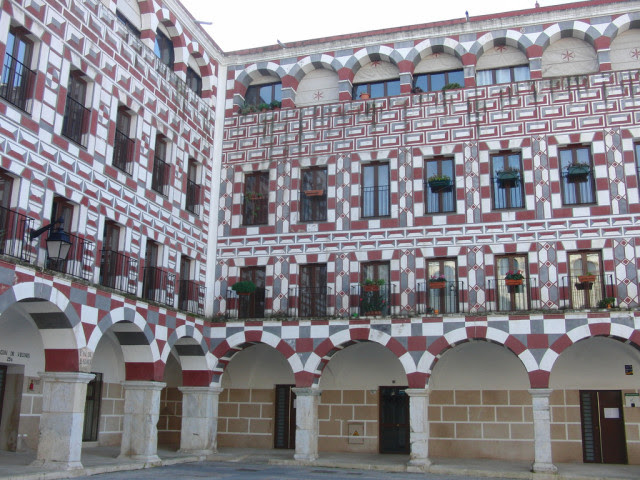 The historic centre of the city of Cáceres, capital of the eponymous province, is another UNESCO World Heritage Site thanks especially to one of the world’s most extensive surviving collections of medieval architecture, including spectacular buildings such as the Palacio de las Veletas and the Co-Cathedral of Santa María. Roaming its own atmospheric warren of streets and lanes gives as real a time-machine feel as anywhere in Europe.

There are architectural treasures out in Cáceres province, as well, such as the 14th-century Guadalupe Monastery , distinguished by its mix of Gothic and Mudéjar, the Moorish-influence style of the Muslim converts of post-Reconquest Spain; its cloister in particular is one of Europe’s loveliest. Another is the town of Trujillo, with extraordinary landmarks such as its Plaza Mayor and Palacio de San Carlos – all under the looming presence of its imposing hilltop castle.

For its part, Badajoz, the capital of Extremadura’s other province, came into its own as a city in the 9th century under the Moors who then controlled much of Iberia, and this lends its own distinctive character, as with Mérida’s classical heritage. One of the most distinctive and popular landmarks here is the Alcazaba, a Moorish citadel which now houses the Provincial Archaeological Museum and the city cathedral, adapted from a mosque. Also not to miss are the singular colours and shapes of the Plaza Alta, as well as the La Giraldilla building, built in 1935 to mimic the famous Giralda tower of Seville’s cathedral. 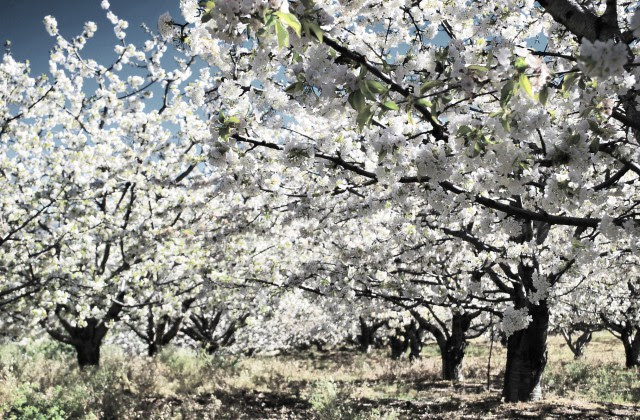 Fans of the great outdoors will find that it doesn’t get any greater than some corners of Extremadura. For example, you’ll be positively stunned by the cottony oceans of white created by millions of cherry trees in bloom during two weeks in March/April in the Jerte Valley of northern Cáceres.

Also, the Monfragüe National Park is a standout because of its rocky terrain and extraordinary wealth of bird life, including species like the imperial eagle, the black stork, and the griffon vulture.

For the even more active-minded, there are legions of options for hiking, biking, and adventure in other natural areas such as the Jerte Valley’s Garganta del Infierno Park. 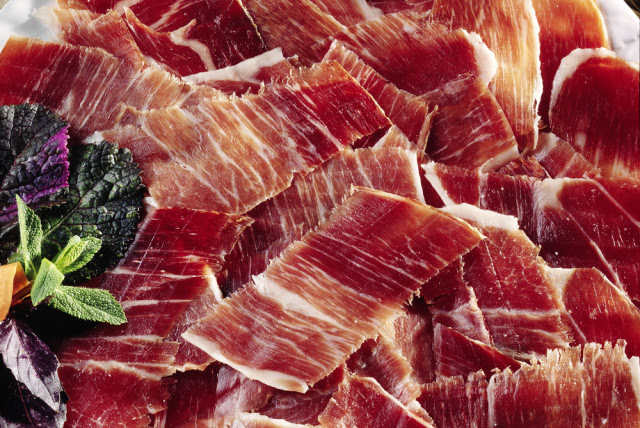 Extremadura produces some of Spain’s most characteristic foodstuffs and in recent years has developed an increasingly sophisticated culinary scene – in fact, to the point that Mérida, for example, has been awarded the distrinction of Ibero-American Capital of Gastronomic Culture 2016.

Tasty lamb and cod dishes are quite popular here, but one of the top foodstuffs characteristic of Extremaduran cuisine is cheese – found at any good spread worthy of the name. The most famous variety is Torta del Casar, made with sheepsmilk and especially notable in that its hard rind harbours a creamy liquid centre. which is eaten spread on bread. Another is pimentón from the La Vera region of the northeast of Cáceres; it comes in both sweet and spicy varieties and is celebrated for its distinctive flavour and intense red colour.

All that notwithstanding, there is no doubt that the marquis star of the culinary show in Extremadura is the cerdo ibérico (black Iberian pig), which is raised in a sustainable, free-range fashion for meat including sausages such as morcón, lomo embuchado (dry cured pork loin), and above all jamón ibérico, an exquisite, marbled, cured ham akin to Italy’s prosciutto but with an even more intense flavour that drives discerning carnivores everywhere wild.