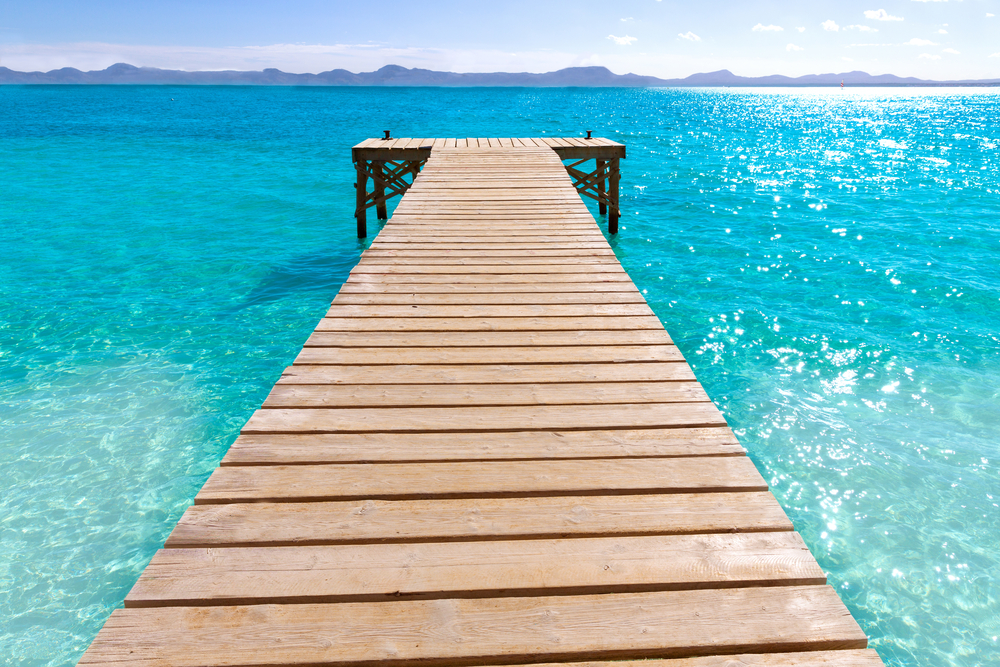 Part two of our series of top beaches in Iberia destinations takes us not just to the airline’s home peninsula but also to a pair of neighbours across the Mediterranean, Italy and Turkey – all hugely popular with Europeans as well as holidaymakers from across the world. In the market for some sun, sand ‘n’ surf this summer? Check out this bunch:

The Italian boot being surrounded by water, there’s a serious abbondanza of spiaggie here. The problem for me has always been that too many are too overrun for my taste. Now, of the city beaches, I do like some of the classics, such as Venice Lido, elegant Portofino (near Genoa), Emilia-Romagna’s Ricchione for its nightlife, and even black-sand Ostia Antica south of Rome (especially because of the fabulous classical ruins nearby).

But for more of a getaway feel, I’ve noticed some of the best options on the mainland can be found in along the 800-kilometre (497-mile) coast of Apulia (Puglia in Italian) on the Adriatic Sea. For example, pristine Torre Guaceto is located in a nature reserve just north of Brindisi, with kilometres of sand plus mild surf, coral reefs to snorkel, and lovely woods. On the other side of the bootheel down near the tip, Pescoluse Beach in Salento has been dubbed “the Maldives of Italy”, with dunes of fine golden sand, and a bit more in the way of amenities including watersports, eating/drinking, and so forth.

The islands are also rich in possibilities. In Sicily, for example, Isola Bella near Taormina is a small, pebbly cove beach across from the eponymous “Beautiful Island” which has a following but no services, so is not overcrowded. For a particularly marvellous in-town beach, head up west of Palermo to the island’s northwestern point, where the strand of San Vito lo Capo lies alongside a huge, dramatic promontory which always makes me think of Rio de Janeiro’s Sugarloaf. For truly wild and pristine, Vendicari Nature Reserve below Catania near the island’s southernmost point offers a number of gorgeous options.

Finally, Sardinia and its pricey Costa Smeralda are world-famous for beaches like the bay-enclosed white-sand crescent Spiaggia del Principe, south of chichi Porto Cervo and so-named because it was supposedly discovered by the Aga Khan. But there are also the likes of six-kilometre (3½-mile) Chia Bay, near the bottom of the island, its seven beaches (above) featuring transparent waters, huge dunes of pale, silky sand, juniper trees, and nearby ruins of an ancient Phoenician city. And silvery-sand Bidderosa Beach is a series of five coves in a nature reserve heavy with pines, juniper, and eucalyptus up on the east coast near the medieval village of Orosei.

Facing the Atlantic (plus several islands right out in the ocean), with more than 800 kilometres (480 miles) of coastline, Portugal is another trove of pulchritudinous praias. Starting down south in the Algarve (above), Lagos offers expansive Praia da Rocha, backed by bars and eateries going at it day and night, but my own preference is petite Praia da Dona Ana, surrounded by cliffs – it may be true what they say, that this is the Algarve’s most picturesque beach (though the very similar Praia da Cova Redonda south of Lagos in Lagoa does rival it in both beauty and bathing – not to mention bathing beauties!).

Close to capital Lisbon, the so-called Costa do Sol or Estoril Coast is lined with a number of appealing candidates, such as pine-forest-backed 18 kilometres (11 miles) of fine sand on the Tróia Peninsula, which has both more developed areas and more wild-feeling stretches (plus dolphins right offshore!). I also like the wildish feel of Praia do Guincho, near the cliffs of Cascais (the surf here is a bit rougher – very much to my own taste, and great for surfing/windsurfing, but not for everyone).

In the aforementioned Portuguese archipelagos out in the Atlantic, Madeira has Porto Santo, an islet reachable by ferry with nine kilometres (five miles) of tawny sands, and on the island’s east coast near the fishing village of Caniçal, the secluded, black-sand Prainha, just 200 metres (656 feet) long (surf on this one is fairly robust).

In perhaps Europe’s greatest beaches powerhouse, with more than 4,900 kilometres (3,045 miles) of coastline, there are nearly countless glorious choices. Here are a key handful, starting with Andalusia, which has both the Mediterranean and the Atlantic. The “classic” Costa del Sol experience can be found at the Torremolinos beach – hectares of sunbeds, backed by a party-oriented city full of foreign tourists. Fun on occasion, for sure, but for a lower-key, less jam-packed experience, check out Playa Bolonia, near Tarifa, Cádiz, which features huge dunes, natural pools, a nude section, and the nearby ancient Roman city of Baelo Claudia.

The Valencia and Catalonia regions are also understandably popular in the sandy sweepstakes. The former’s most famous beach resort is go-go Benidorm, but for a real natural getaway, I head to the sheltered waters, dunes and pines of 2,600-metre (1½ -mile) El Saler in Albufera National Park. Catalonia is similarly famous for mass-tourism spots on the Costa Brava and Costa Daurada such as Lloret de Mar and Sitges. And while I’m definitely a fan of Sitges especially, when I’m in the mood for a a more off-the-beaten-path oasis in nature, I particularly like Platja Illa Roja in Begur and Platja del Castell in Palamós, both up the coast from Lloret in Girona.

Even the chilly waters of the Atlantic come into their own each summer up north at beaches in Asturias, the Basque Country, Santander, and Galicia – the last home to perhaps the region’s most spectacular strand, Plaia das Catedrais, near the town of Ribadeo at the eastern end of Galicia’s north coast. What makes it so is its stunning natural arches (whose resemblance to cathedral flying buttresses gives the beach its name), cliffs, and caves.

Finally, Spain’s main islands – Canaries and Balearics – are of course quite the beach-a-palooza. Seven ocean-swept Canary Islands, offer hundreds of possibilities, but perhaps the best may be found on Fuerteventura, such as the vast Sotavento de Jandia in Pajara (site of the Windsurfing and Kiteboarding World Championship every summer) and Corralejo, with 11 kilometres (six miles) of bright gold sand, mild surf, and the impressive dunes for which this national park is named.

And perhaps the Iberian peninsula’s most brilliant blues and greens of all can be found in the four Balearic Islands, and in my opinion Minorca and Formentera (above) are especially divine, with their numerous shallow, peaceful calas (coves) such as Minorca’s Cala del Pilar, Turqueta, and Macarella, and on Formentera, Cala Saona, Cala des Bocs, and Cala Colodar; powdery sandbar Platja de ses Illetes is also especially magnificent.

Click on the following links for more on Spain beaches as well as nude beaches.

Another country with a ton of coastline on two different seas, top Turkish treats include the southwest’s Turquoise Coast (aka the Turkish Riviera) on the Mediterranean, including major destinations Antalya, Bodrum, Marmaris, Kaş, and Ölüdeniz. Backed by spectacular hills, the last is a particular favourite of mine for lovely, less developed beaches like Kabak Bay (tranquil and mostly local Turkish). Just down the coast from Ölüdeniz, another one that’s both particularly low-key and spectular (as well as a bit hippie-ish) is Kelebekler Vadisi (better known as Butterfly Valley), at the bottom of a dramatic canyon in Fethiye. A bit farther south still, Antalya’s Patara Beach is also a Turkish delight, 19 kilometres (11 miles) of soft, wide sands (protected because areas are also sea turtle nesting grounds), and offers the bonus of fascinating ancient Lycian ruins.

Turkey’s lush Black Sea coast, meanwhile, is far less visited by foreigners, but its lovely scenery, medieval villages and towns, and wealth of uncrowded (sometimes downright deserted) beaches are tempting indeed. Perhaps the most resort-y is Sile, just 40 miles from Istanbul, but other destinations worth keeping in mind up here include Amasra, Zonguldak, and secluded, 13th-century Sinop. The two most appealing beaches up here are Büyük Liman and Sinop’s Akliman, both with white sands and very mild surf.

See my previous post on beaches of Croatia, France, and Greece, and stay tuned for more beaches, as I cross the pond to the Americas!