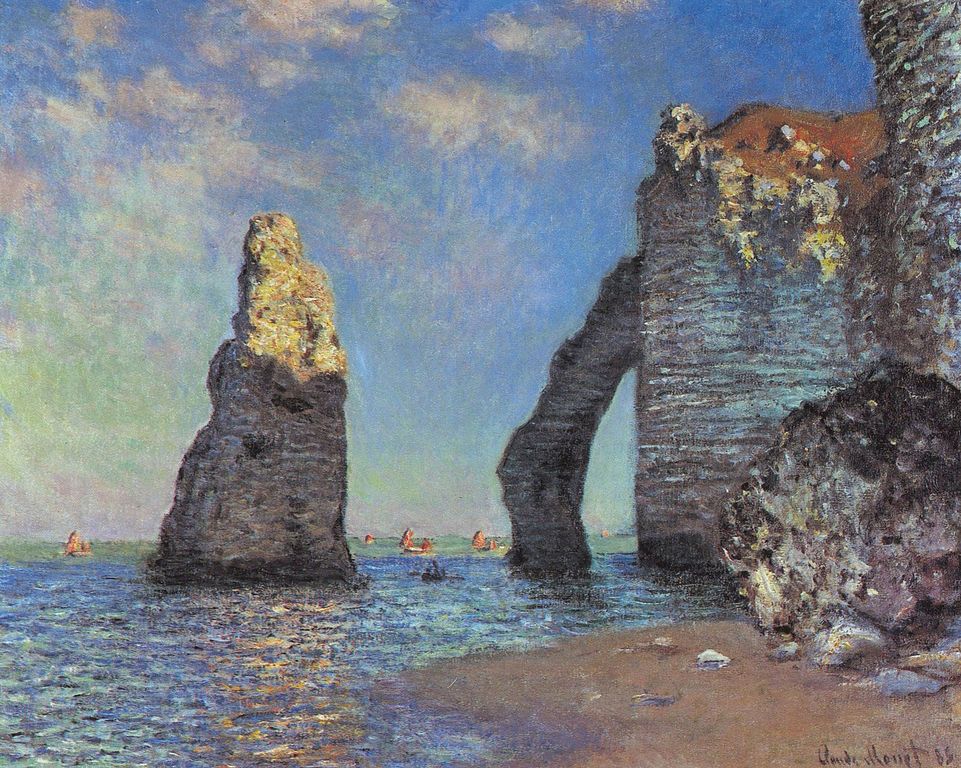 Tucked along the top of France’s northwest corner, la Normande has a few things in common with northern Spain’s Galicia and Asturias, such as its cool, damp weather for much of the year; its cider and maritime traditions; its long-ago Celtic heritage; and a long coastline.

Indeed, Normandy‘s more than 600 kilometres (373 miles) of coast make up one of the features that have most defined this region to this day – including the wrenchingly dramatic Allied storming of the beaches during World War II; Mont Saint-Michel, a UNESCO-World-Heritage medieval town just off the coast which is one of France’s most recognisable destinations; and bathing beaches such as those of the resorts of Deauville , Trouville, and Le Havre are an enormous source of local revenue, both from French domestic tourism and visitors from across the channel in Britain. 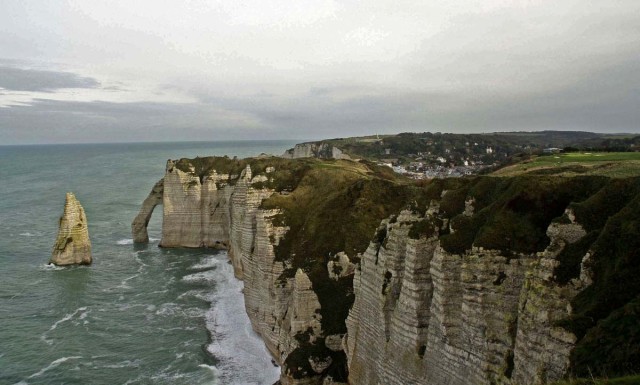 Back in the 19th century, it also provided inspiration and settings vital to one of the world’s great artistic movements, Impressionism. Claude Monet‘s 1885 The Cliffs at Étretat (top), for example, splendidly captures the craggy beauty of this coast (which he painted some 50 times), alternating with its sandy beaches, all still in ample evidence today, providing lovely settings for hiking, bathing, and taking in its breathtaking natural formations such as the Porte d’Aval and the Porte de Manneporte, an arch soaring some 90 metres (295 feet) high.

Like Monet, many of the great Impressionists of the day – based in Paris but much taken with painting out in nature – discovered that the capital’s oldest train station, the Gare de Saint-Lazare, provided convenient access to other regions of France, including dramatic, highly paintable Normandy (which was also home to yet other artists). The immortal names who came to render its landscapes and people included the likes of Renoir, Pisarro, and Courbet. 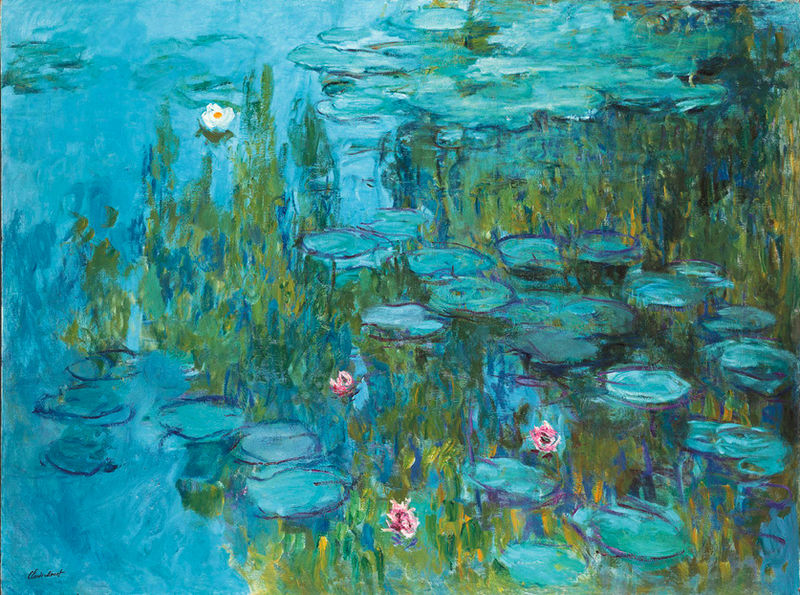 But none is quite so closely associated with Normandy as Monet, and in fact he lived here for many years; at his home and studio in Giverny (where he died in 1926) where you can still the gardens, water-lily pond (above and below), and Japanese bridge he made some of the most iconic images in art.  Now it’s is one of the country’s most famous destinations – even meriting day trips from Paris (just an hour and a half away, after all). 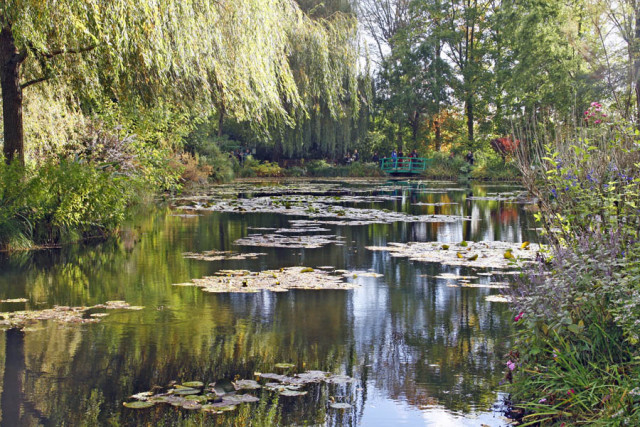 Other landmarks on the Impressionism trail include Giverny’s Musée des Impressionismes; the city of Rouen, with its much painted cathedral and its Musée des Beaux-Arts; and Le Havre, where Monet essentially founded the movement with his painting Impression, Sunrise, and whose MuMa (Musée d’Art Moderne André Malraux) boasts the world’s second-largest Impressionist collection after the Musée d’Orsay in Paris.

The Art of Normandy Cuisine

Whilst delighting in all this feast for the eyes, visitors should also avail themselves of the artistry of gastronomy in Normandy, as well. As you might imagine, seafood is high on the list, including oysters, scallops, mussels, lobster, and fish such as sole.  But its dairy products are also world famous, most notably cheeses such as Camambert, Boursin, and Pont l’Evêque. Local apples also contribute hugely, with cidre (hard cider), Calvados brandy, and tarte normande noted local products/dishes. All making sure every sense is well served indeed.