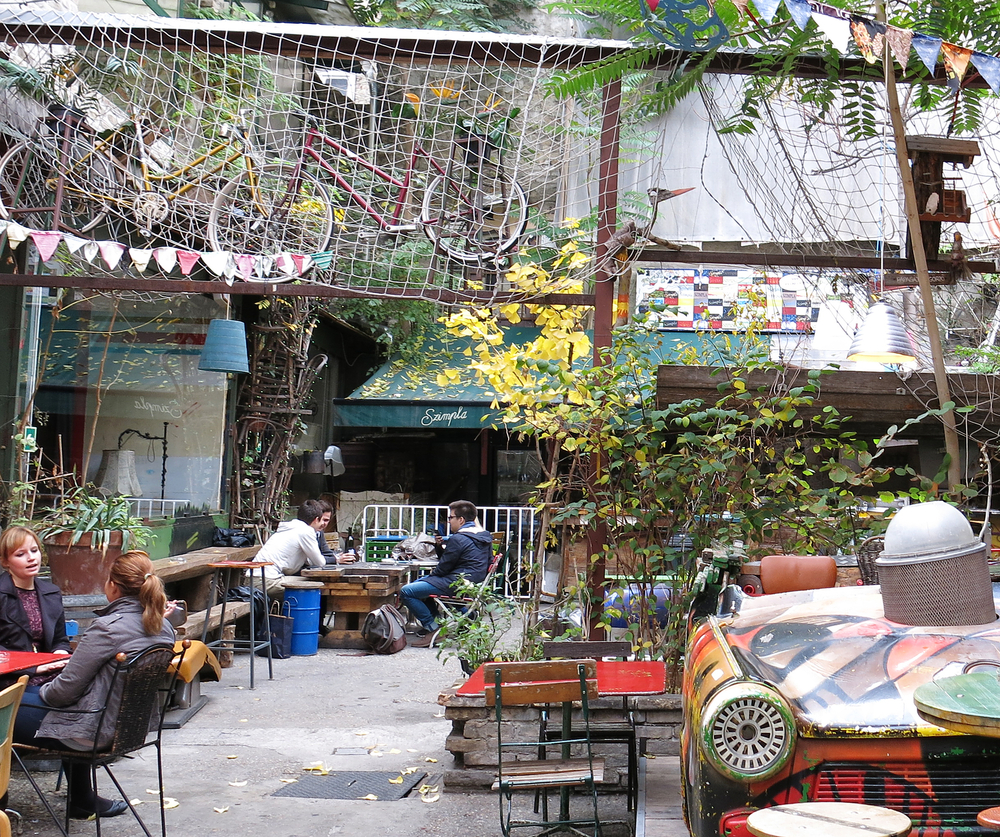 For centuries one of Europe’s most cultured, vibrant cities, since emerging from behind the “Iron Curtain” in 1989, Hungary‘s capital has more than made up for lost time, becoming a tourism magnet and once again a hotbed of culture both highbrow and edgy (this despite a certain amount of political unrest these days). And it’s a more affordable corner of Europe, to boot!

Astride the Danube River of story and song – Buda on one bank, Pest on the other – this onetime Ottoman-Turk-ruled city and co-capital of the Austro-Hungarian Empire is of course packed with extraordinary historic landmarks – not a few of them UNESCO World Heritage Sites. The unmissables include the Buda Castle district; the grand central boulevard Andrássy Út; Hősök Tere (Heroes’ Square), soaked in memories of Madyar (Hungarian) history dating back more than a thousand years; even the city’s Metro, thanks to its pioneering status (inaugurated in 1896, it’s the second oldest in the world after London’s, though most stations have since been renovated in more modern style).

Special attention must be paid, furthermore, to one of Budapest’s most distinctive features: its dozens of fabulously atmospheric public baths and spas (from the ancient Turkish hammam feel of Rudas to the Belle-Époque elegance of Gellért), courtesy of the world’s largest system of underground thermal springs).

Beyond all the history and heritage, though, recent generations of Budapesti have been making their creative mark in ways that allow visitors to get to know today’s people and culture in addition to all the grandiose monuments. Here are three of them:

This Pest street several blocks in from the Danube has become the trendiest place in town, often dubbed the Soho (others would say the Latin Quarter) of Budapest, super popular with hip Hungarians (especially students, but also more upmarket types). A stretch of it now pedestrian-only, Ráday is lined with gracious 18th- and 19th-century buildings now home to a variety of cafés, pubs, shops, and restaurants like Gotti at No. 29 (mod with generous portions of Hungarian food); Costes at No. 4 (Hungary’s first Michelin-starred eatery, contemporary Hungarian-international fusion); and Soul Café at 11-13 (intimate and international; the duck will make you quack with joy).

The Communist dictatorship of the 20th century left a lot of derelict buildings and spaces in its wake, and as in Berlin, enterprising types have squeezed some pretty cool lemonade from these lemons by setting up cool – and usually very affordable -nightspots therein. There are a motley bunch around town – not for annoying hipsters only, by the way. On Ráday Utca you’ve got Púder at No. 8 (pub meets eatery meets art gallery meets performance space), and a few blocks northeast at Kazinczy Utca 14, the pioneer of them all, Szimpla Kert (top, a onetime factory featuring among much else a cinema and a tarted-up old Trabant, an East German car once ubiquitous throughout the Communist bloc).

There’s action surrounding the city, too; just 19 kilometres (12 miles) up along the Danube Bend, is Szentendre, a lovely town made even lovelier by the creatives who have been turned it into something of an artists’ colony since 1929. These days it’s inevitably a little touristy, but even amid the souvenir shops and whatnot, the historic architecture is complemented by several galleries and museums showing off some seriously good modern art. While here, you’ll also want to save up calories to spend at the exquisite local sweet shops such as Szamos Museum Cukrászda, with marzipan and other goodies to die for.

So how that for some groovy goulash?