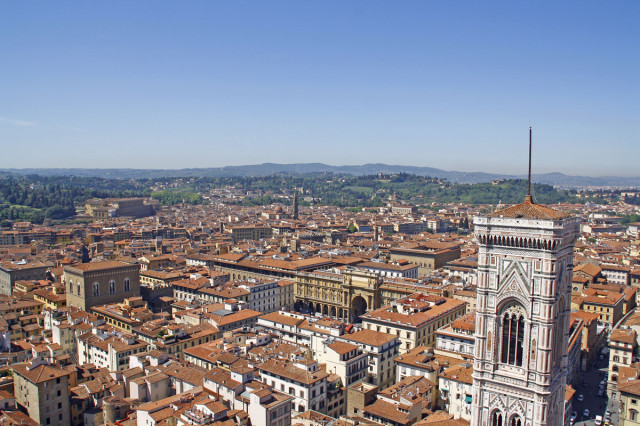 No other city in the world that I know of provokes reactions so intense they have been collectively and famously dubbed “Stendhal syndrome” – which though psychosomatic has for centuries overwhelmed a subset of visitors to Florence, a Renaissance gem that’s truly one of the most artistically splendid cities on this planet.

It is, of course named after the early-19th-century French writer who has gone down in history as this affliction’s most famous sufferer, who described his visit in terms like:

I was in a sort of ecstasy, from the idea of being in Florence, close to the great men whose tombs I had seen. Absorbed in the contemplation of sublime beauty… I reached the point where one encounters celestial sensations… Everything spoke so vividly to my soul. Ah, if I could only forget. I had palpitations of the heart, what in Berlin they call ‘nerves.’ Life was drained from me. I walked with the fear of falling.

Giggle if you will, but for some the symptoms have been real enough, including elevated heartbeat, palpitations, dizziness, and disorientation upon being exposed to the innumerable masterpieces of this Tuscan city (occasionally there’s even the poor susceptible devil who ends up believing he’s Da Vinci or Michelangelo). Fortunately, it’s possible for millions of people every year to be bowled over by Florence without being literally bowled over.

The name Firenze comes from the Latin florentia, flourishing or blooming, and the name proved to be amazingly prescient, especially starting in the 14th century, when the rise of humanism and the patronage of great families such as the Medici became the cornerstone and engine of the Renaissance in Europe, giving the world geniuses such as the aforementioned Michelangelo Buonarroti, Leonardo Da Vinci, Giotto, Botticelli, and Donatello. 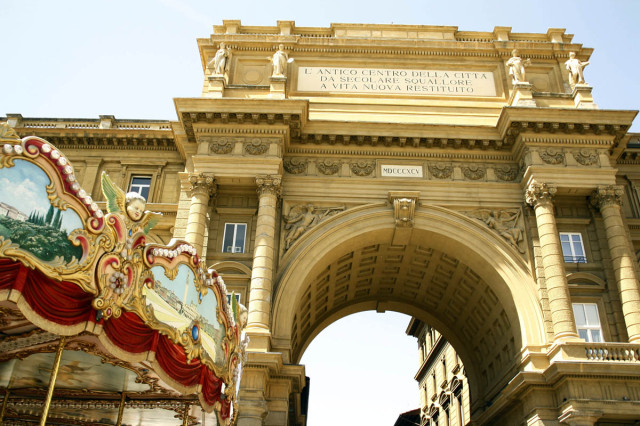 The Historic Centre of Florence

The perfect starting point is the Piazza del Duomo, location of three buildings that in many ways represent the apotheosis of the Renaissance architecturally. These are the eponymous Duomo, the great cathedral especially famous for its red, ribbed dome; the Giotto belltower (top, at right), and the St. John Baptistry.

Right nearby is another spellbinding plaza, the Piazza della Signoria, the seat not of religious but civic power since the Middle Ages. Here is the distinctive red-brick Palazzo Vecchio and one of the world’s most important art museums, the Uffizi Gallery, home to many of the seminal works of many of the seminal artists of the Renaissance (some northern European as well as Italian).

Florence from street level is spectacular enough, but to get a truly breathtaking perspective on it all, it’s well worth climbing the 463 steps to the dome of the Duomo (aka Santa Maria del Fiore). From up here you can fully appreciate the cityscape in all its glory, including its marble accents, reddish, roofs, iconic Ponte Vecchio bridge over the Arno River. Of course, being more than 110 metres (360 feet) up, here one particular symptom of Stendhal syndrome could come into play – namely vertigo.

But on the whole, drinking in the myriad glories of Florence should leave you with just enough Stendhal syndrome to send you away raving, but in a good way.  🙂