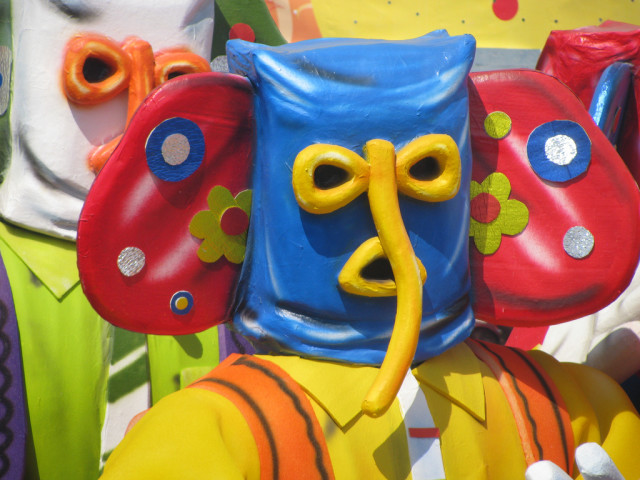 There’s a stereotype in Colombia that the country’s fourth-largest city, a bustling but somewhat nondescript bit of business on the Caribbean coast about an hour east of Cartagena, is also their country’s “happiest”. Like any broad generalisation, this one’s greatly exaggerated. But it doesn’t come from nowhere.

Costeños – the folks who live on and near the coast, not just Barranquilla but also Cartagena and other cities and towns like Santa Marta –  are indeed a bit of a different breed of Colombian than in places like Bogotá, Medellín, and Cali, with a reputation for being more effusive, warm, fun-loving and, yes, happy-go-lucky than the many of the rest of their countrymen.

It’s a rep encouraged in pop culture, for example, by the likes of the city’s most famous daughter, pop tart Shakira, who gives her hometown a sultry shout-out in her hit “Hips Don’t Lie” (“mira, en Barranquilla se baila así/check it out, in Barranquilla we dance like this!”). And furthermore, everybody also knows the city for putting on one of Latin America’s wildest parties every year.

In the Western Hemisphere, the annual pre-Lenten Carnival of Barranquilla now in full swing (this year, February 14-17) is second only to Rio de Janeiro’s in terms of size and extravagance (more than a half mllion participants), but is still less glitzy, commercialized, and closer to its 19th-century folk roots, mixing European, African, and pre-Hispanic cultures (and for that reason has been declared a UNESCO World Heritage treasure). Parenthetically, it also tends to be less pricey.

The highlight is the Batalla de Flores (Battle of Flowers), a three-mile, six-hour parade of floats, marchers, firebreathers, and folkloric dance and music groups. Then there were the endless squads of distinctive Carnival characters, especially marimondas (top, monkeylike costumes with floppy ears and long, droopy probosces), masked harlequins, and congos, African-derived characters in whiteface, dark glasses and tall headdresses resembling chefs’ toques riotous with feathers, flowers, and/or other colorful doodads (the Spaniards brought African slaves to this coast, leaving a multculti mix). Many of the floats are loaded with either hot chicks in skimpy bikinis or various beauty queens, including Carnival’s “Queen of Queens,” and the Rey Momo (“clown king”). 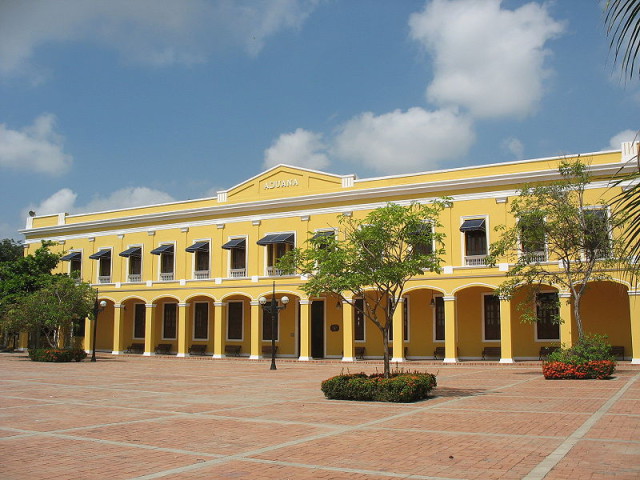 As long as you’re in town, there’s some other interesting stuff to check out, too. The traditional centre of the city is the large Plaza de San Nicolás, presided over by the eponymous 17th-century St. Nicholas Church, with its distinctive red-and-white facade. And while I wouldn’t necessarily call Barranquilla one of Colombia’s loveliest cities, there are some striking examples of architecture from various eras in neighbourhoods such as El Prado, dating from the 1920s, including Art Deco, neoclassical, neo-barroque, and more (the yellow-and-white customs house, Casa de la Aduana, above, is a particular standout).

Museums? Certainly. Check out the Museo Romántico, a converted early-20th-century villa which is actually a museum of city history, including a hefty but about the history and meaning of Carnival (though the place has seen better days, it’s still worth a visit). You can always pop over to the Casa del Carnaval, which has a new visitor centre with displays, videos, and more. Also of recent vintage is the multimedia Museo del Caribe, Colombia’s first museum about a region – namely the Caribbean coast and its hinterlands. The latter also includes an entire section dedicated to the life and work of the Nobel-prize-winning  literary lion Gabriel García Márquez, who lived and worked in Barranquilla in the 1950s, kept a house here until the end of his life, and drew much of his literary inspiration from the Colombian Caribbean.

Speaking of Gabo, you’ll definitely want to go have a bite and/or a drink at a joint called La Cueva, which back in the day was the hangout and salon for him and numerous other Barranquilla writers, musicians, and artists. In addition to enjoyng a pretty tasty menu and fetching atmosphere, you can also peruse displays about “the Barranquilla group” in surrounding rooms.

It’s not just culture, of course. On the nearby coast are several appealing beaches, such as Salgar (where there’s also an interesting old fortress to explore), Pradomar, and Puerto Velero (all great for swimming, surfing, and other water sports). At night, there’s no shortage of hot bars and clubs, straight and gay. The dean of the nightlife scene is La Troja, going strong since 1966 with salsa and cumbia dancing till the wee hours.

Honestly, while the main reason to go out of your way to visit Barranquilla is in fact Carnival (or if you’re a hardcore García Márquez devotee), combining a visit here with one to fabulous colonial Cartagena de Indias, about an hour’s drive west, is the way to go, in my opinion. Two great tastes of the Colombian Caribbean.