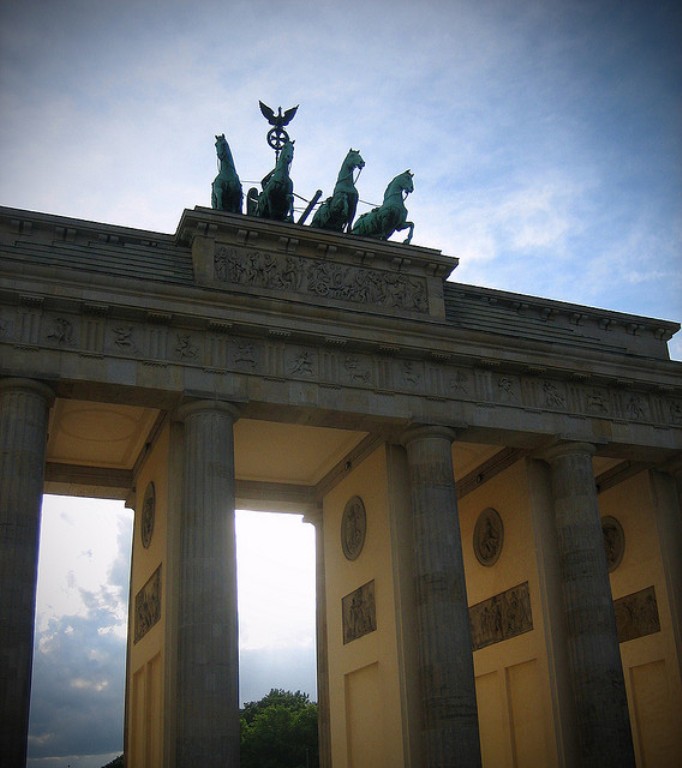 Germany‘s capital has been dubbed by some “Disneyland for hipsters”.  Yes, in Berlin these days it can seem that almost everybody exudes a certain hip, trendy vibe, knows how to do something unusual, or has some kind of cool job. That’s what it means to live in – and visit – this Teutonic but multi-culti city with a strong alt culture, progressive sensibility, and fast-paced rhythm.

It’s a place where many locals increasingly opt for bicycles over cars, where traditional wurst sausages are consumed on the street, attend theatre works in ex-industrial spaces, and soak up the rays of summer on the banks of the Spree River.

The second decade of the 21st century remains a heady time for a city which has seen huge highs and lows over the past century, from the headiness of the 1920s to the horrors of Naziism, World War II, and traumatic division during the Cold War. But now, just over a quarter century after the Berlin Wall came down,  this city is still living its moment, even as the alternative scene in former East Berlin becomes a bit more commoditised (despite which, another nice surprise is that compared to the rest of Germany, it’s still something of a bargain).

Let’s start with the major icons. First, the famous Reichstag, seat of the German parliament, dates from 1894 but was given an update in 1999 by British architect Norman Foster that featured a glass cupola (from whose heights visitors can get great views out over the city). Second comes the 18th-century Brandenburg Gate (top), which was marooned by the Berlin Wall and has since become the de facto symbol of Berlin. To the south, built in 2004, the powerful Monument to the Murdered Jews of Europe, a complex o 2,711 concrete slabs meant to suggest a cemetery (another is an actual Jewish cemetery, the Alter Jüdischer Friedhof.

Proceeding from the Brandenburg Gate to the Stadtschloss royal palace is the elgant boulevard Unter den Linden, and nearby monuments worth checking out include the 18th-century so-called French Cathedral, the also early 18th-century Deustcher Dom church right across from it, and the Konzerthaus Berlin, built more than a century later.

The massive Alexanderplatz plaza (“Alex”, as Berliners call it) is a constant hullaballoo, with its tall buildings, communications tower, and city hall. And hullaballoo of shopping can be found in the Mitte district,  where you’ll find the Hackesche Höfe, an Art Nouveau complex including some charming shops. Or for a little bit more of that famous Berlin alt vibe, head to the Kreuzberg district, with its boho cafés, colourful Turkish market, and clubs with bangin’ DJs.

To take a breather from all the walking, flop down in the Tiergarten, a 210-hectare (520-acre) park that’s the green lung of Berlin. Founded in the 15th century as a hunting preserve, complete with a lake, especially in warm weather it fills up with locals in swimsuits (and in a couple of areas, even less) to soak up the rays.

Switching gears to futuristc, Postdamer Platz is a showcase of contemporary architecture. One of those buildings, the Sony Center houses Museum of Cinema, which among other things is especially strong on Germany’s all-time greatest movie star Marlene Dietrich. And when it comes to museums, there are few cultural enclaves more impressive than Museuminsel,  the northern half of an island in the Spree including the  Altes Museum, the Neues Museum, the Old National Gallery, the Bode Gallery, and especially the Pergamon, best known for its fabled Babylonian Ishtar Gate.

All that only scratches the surface, really. In the Prenzlauer Berg the thing is to roam the streets and browse its vintage shops. Mauerpark is the place to check out what’s left of the Berlin Wall, and en Oratonienburger Strasse you’ve got to pop into the various contemporary art galleries and cultural cafés – enough to keep you coming back for more! 🙂