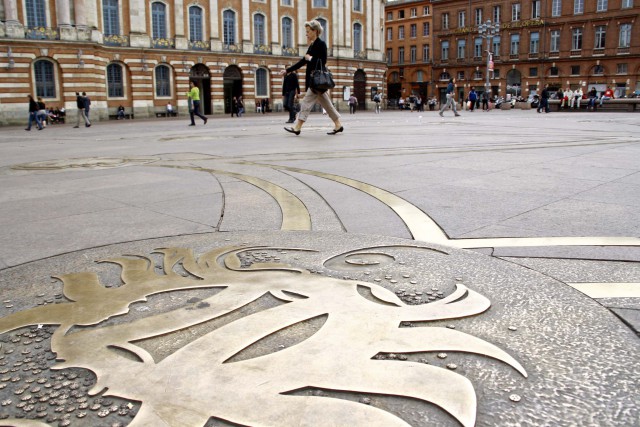 France’s fourth largest city is not just an industrial and tech dynamo (home to among other things Airbus and much of the European aviation and space industry), but also a historic class act. Astride the Garonne River in Languedoc, the so-called Ville Rose (Pink City) is a marvelous place to visit once you’ve crossed bucket-list French destinations like Paris off your list. Let me count the ways…

Streets and Squares of Toulouse

Exploring a city on foot is always a pleasure, and here in Toulouse even more so, thanks to its many pedestrian streets and plazas. And the toulousains do love their places.  The most important one – and one you’ll quite likely find yourself passing through more than once – is the expansive Place du Capitole, adorned with signs of the zodiac and dominated by the majestic, eponymous marble Capitole, housing the municipal government as well as the local opera company and symphony orchestra as well as notable salons such as the Salle des Illustres, adorned with lovely frescos from the 19th century. The best spot for some café action, meanwhile (to take advantage of the lovely local weather), is the popular Place St. Georges, with its lively scene and street artists.

And speaking of lively, another aspect that lends Toulouse its dynamism is that it’s a university city, meaning lots of cultural offerings, exhibitions, concerts, and films (one of the popular art houses, the Cinémathèque, is also of interest to some Spaniards because the venerable building in which it’s located was the long-ago headquarters for the Spain’s PSOE Socialist party in exile during Spain’s long fascist régime of Genberalissimo Francisco Franco).

Churches and Other Toulouse Landmarks

The Basilica of St. Sernin is Languedoc’s largest Romanesque church (and France’s second-oldest), its enormous octagonal bell tower visible from nearly every street in the historic centre. With nine radiating chapels, it’s home to the remains of the eponymous saint (the first bishop of Toulouse, in the 3rd century AD), and is also a pilgrimage church, as which many pilgrims doing the Way of St. James to Santiago de Compostela in Galicia passed and still pass (look for the walking sticks and backpacks, often adorned with scallop shells). 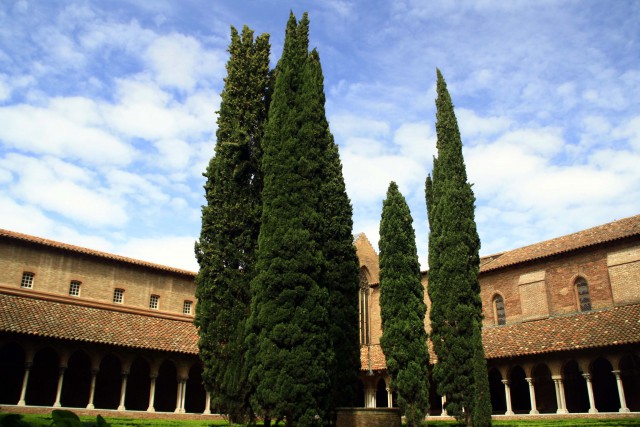 And – saints alive! – Toulouse also lays claim to the relics of one of the Catholic Church’s most distinguished, at the Dominicans’ 13th-century Jacobin Convent: none other than the philosopher St. Thomas Aquinas. The convent also played a significant role during the French Revolution as headquarters of the Society for the Rights of Man and the Citizen. Today its cloister is a lovely and peaceful oasis of tranquility, especially after the dizzying heights of the church’s interior, which famously stars columns and vaults mean to suggest palm trees.

Toulouse may be nicknamed the Pink City, but it could just as easily be named for the colour green, because it is awash in more than 700 verdant spaces, including 160 gardens. One of the oldest is the 18th-century Jardin Royal, perfect for a picnic next to the duck pond and home to a monument to the writer Antoine de Saint-Éxupery and his memorable Little Prince. Another particularly original one is the Jardin Japonais, north of downtown, with a Japanese tea garden and a wealth of Asiatic vegetation creating an environment so convincing that you’ll think you’ve been truly whisked off to the Land of the Rising Soleil. 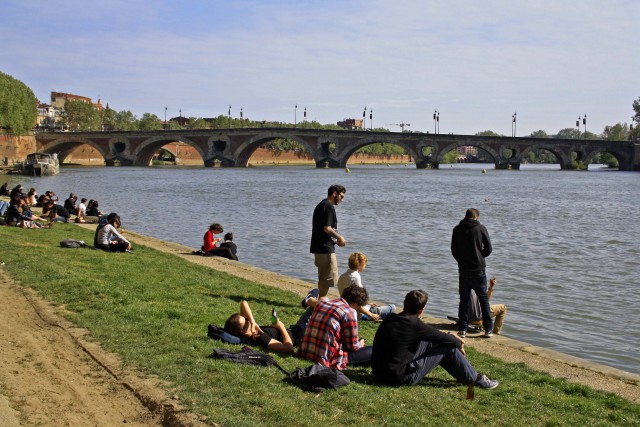 Toulouse is also a city of bridges, the most important of which is the Pont Neuf – of which you can get a great view from the Prairie des Filtres, a green area on the river bank, where locals enjoy coming for walks, special events, or just to hang with friends and family.

All different and appealing sides of a very appealing city. Check it out – what have you got Toulouse? 😉