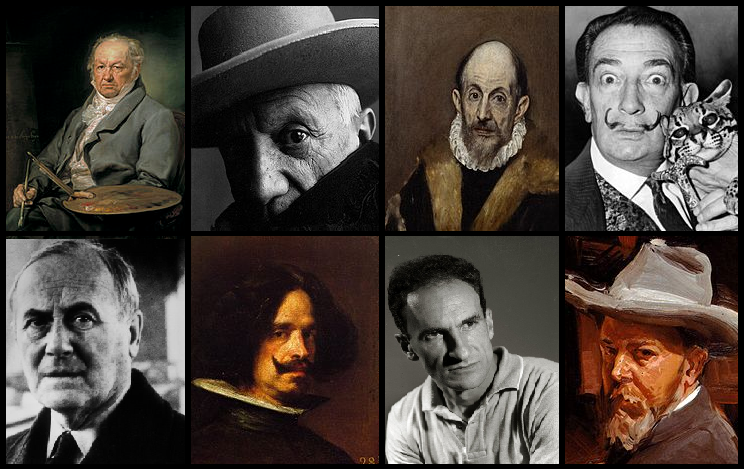 When we talk about destinations and culture in Spain, art is of course an indelible part of that, and this country has been fortunate to have produced geniuses who’ve become household names and immortals of history.

But many who are visiting for the first time may not always have a clear idea of where they fit in the history of Spain, nor of some of the figures who may not be quite as famous but are still giants of art history. So I thought a brief overview of the top painters and sculptors you’re likely to come across in the museums of Spain as well as its historic and public places might come in handy (yes, I know I’ve left out a great many others, including some leading still living figures such as Miquel Barceló, Jaume Plensa, and Antoni Tapies – I invite you to add your own candidates in the comments below).

El Greco (1541–1614)  Perhaps one of Spain’s most famous old masters because of his still highly idiosyncratic brand of Mannerism (though highly certainly influential artists who came much later), the painter and sculptor born Doménikos Theotokópoulos on the Greek island of Crete, who spent most of his life in Toledo, and his View of Toledo (above) is one of the emblematic images of Spanish art. And 2014 has been a big El Greco year in Spain, marking the 400th anniversary of the death of “The Greek” with various exhibitions, conferences, and parties in Toledo, Madrid, and elsewhere. Francisco Goya (1746–1828)  One of the true international giants of Spanish culture, I almost hesitate to label Goya an “old” master, because he actually signals the dawn of the modern age in technique, sensibility, and subject matter. He painted King Charles IV’s court (famously not sparing the homeliness of anyone), and executed brutal paintings of war (like The Third of May, above), insanity, and other nightmares, as well as lighter fare like his famous nude, The Naked Maja. Some of the most tumultuous subject matter of any of the Spanish painters.

Bernat Martorell  (1400-1452) Catalonia‘s leading Gothic artist of his day worked, as was the custom of the time, mostly on religious commissions, such as church altarpieces and sculptures, as well as manuscript illuminations. Bernie’s depictions of Sant Jordi (St. George, above) slaying the dragon became a Catalan classic. Bartolomé Esteban Murillo (1617–1682)  One of the pre-eminent painters of Spain’s Baroque, he worked in Seville with stints in Madrid, and became one of the best known Spanish artists of the age. As with many other artists of his time, religious themes predominated in Bart’s work (such as The Holy Family of the Little Bird, above), but it also included plenty of images of contemporary people, especially children. Diego Velázquez (1599–1660)  Another of the stars of Madrid’s Prado is a large canvas called Las Meninas (above), a court painting involving the family of Spanish King Philip IV that is a Baroque masterpiece and this Seville native’s magnum opus. Velázquez’ portraits of the great and the humble, as well as landscapes and mythological works, were the most vivid of his age, and inspired the later likes of Manet, Picasso, and Dalí (and of course he’s the chap you see seated in the place of honour up on a pedestal in front of the Prado).

Francisco de Zurbarán (1598–1664)  Frank’s stuff is a little bleak-feeling for my taste, but this Extremaduran was undeniably skillful and dramatic in his use of chiaroscuro and tenebrism to create a stark moods. He mostly painted churchloads of priests, monks, nuns, and saints (like St. Francis of Assisi According to a Vision of Pope Nicholas V, above, in Barcelona’s Museu Nacional d’Art de Catalunya), as well as some still lifes. He’s been compared to the Italian Caravaggio.

Eduardo Chillida (1924-2002)  Once a young player for San Sebastián‘s La Liga football team, Chillida (Txillida in Basque) turned to architecture, then art after injuries ended his career, and became a world-class, groundbreaking sculptor whose works tend to be abstract, massive, and monumental (such as Eulogy to the Horizon, above, outside, Gijón, Asturias). They’re found throughout the Basque country, the rest of Spain, and dotted throughout Europe.

Julio González (1876–1942)  A Catalan sculptor whose preferred medium was ironwork, he like Pablo Picasso was a member of Barcelona’s famous artistic salon/café Els Quatre Gats (The Four Cats), but spent most of his life and career in Paris. With a mainly Cubist style (evident in works like the 1939 Monsieur Cactus, above), he was instrumental in revolutionising 20th-century sculpture (and therefore art as a whole).

Juan Gris (1887-1927)  Another Paris expat and Picasso crony, this Madrileño was a seminal figure in Cubism (he was dubbed “the third Cubist”, the other two main ones being Picasso and Frenchman Georges Braque) and produced among the movement’s most distinctive work, generally more colourful and carefully composed than others of the genre. (Fun fact, on March 23, 2013, the 125th anniversary of his birth, Juan Gris rated a Google doodle.) Pablo Picasso (1881–1973)  The great Picasso barely needs an introduction, of course. Born in Málaga, early-life stints in Barcelona and Madrid, and much of the rest of his life in Paris and the south of France. The blue and rose periods, Cubism, Surrealism. Immortal works like Les Demoiselles d’Avignon (above) and Gernika. In Spain there are Picasso museums in Málaga and Barcelona, and myriad works scattered in museums throughout the country and of course across the globe.

Salvador Dalí (1904-1989)  Yes, hello, Dalí (ah, the pun that never stops giving). Perhaps the world’s most famous Surrealist and bizarre/over-the-top/controversial public figure of the 20th century, this Catalan artist’s images are nonetheless firmly ensconced in the artistic (and pop culture) canon, such as the famous 1931 work The Persistence of Memory (above), now in New York’s Museum of Modern Art. His home and museum in Port Lligat and Figueres near Girona are, as you might expect, a trip and a half, and there’s also a museum dedicated to him in St. Petersburg, Florida. 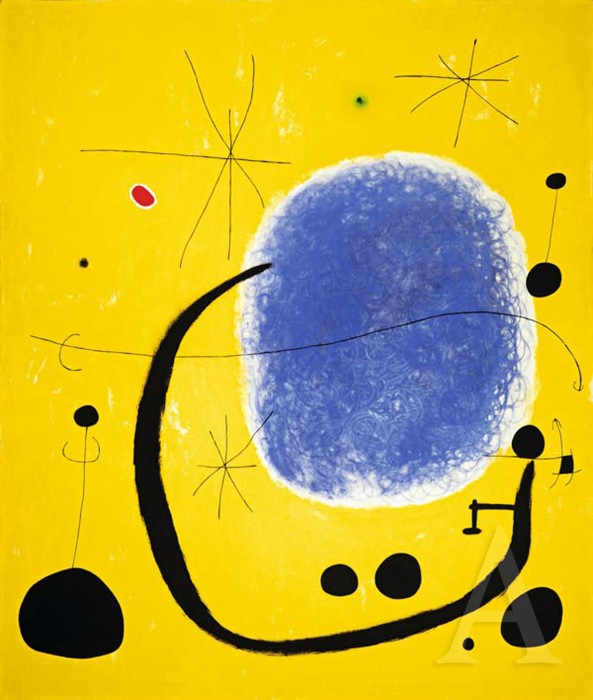 Joan Miró  (1893-1983) One of my favourite moderns for the lyrical whimsy of his images and the joyousness of his use of colour, with styles including “magical realism”, Dada, and Surrealism. In addition to the many works in museums around Spain and the world, you can visit two dedicated collections at the Fundació Joan Miró in Barcelona and the Fundació Pilar i Joan Miró in Palma de Mallorca.

Joaquín Sorolla (1863–1923) A Valencia-born Impressionist superb at capturing the luminous, especially in his Valencia seashore scenes (like Afternoon Sun from 1908, above), he also did many portraits, including well known people of the day including the First Lady of the United States, a country where he spent long periods and with which he had a special relationship (in fact, that’s the subject of an exhibition currently at Madrid’s Fundación MAPFRE through January 15).