One of the world’s quintessential imperial cities can sometimes leave one more than a little overwhelmed, even in an age where sensory overload is the order of the day. That’s because most of monumental old Vienna‘s buildings, its gardens, foundings, and plazas are designed to be handsome, grandiose, and impressive. To some, this comes across as pompous, and Vienna’s image still has a whiff of the stodgy and boring classical past. But upon closer inspection, you’ll find that these days amid all the Baroque and neoclassical finery there’s quite a bit of the cutting edge – even the transgressive – to spice up the 21st-century Tales from the Vienna Woods.

Still, the “Monumental Route” is the place to start, and in particular at the Hofburg, the Imperial Palace with its various wings and grand statuary a prime example of Viennese Baroque; the interior is, if anything, even more spectacular, with imperial chambers not to miss including the Silver Rooms and the Kaiserliche Schatzkammer (Imperial Treasury), along with the Sisi Museum (containing items associated with the popular 19th-century Habsburg Empress Elizabeth, affectionately known as Sisi). One section of the palace with a particularly brilliant international reputation is the Albertina Museum, containing more than a million engravings and 60,000 drawings by the likes of Dürer, Rubens, Schiele, Cézanne, and Klimt. Out back, another must is a stroll through the exquisite Burggarten, the 19th-century park featuring charming butterfly garden. Also alongside is the Augustinerkirche, the imperial parish church where each Sunday at 11 AM mass is held to the music of Mozart and Haydn. 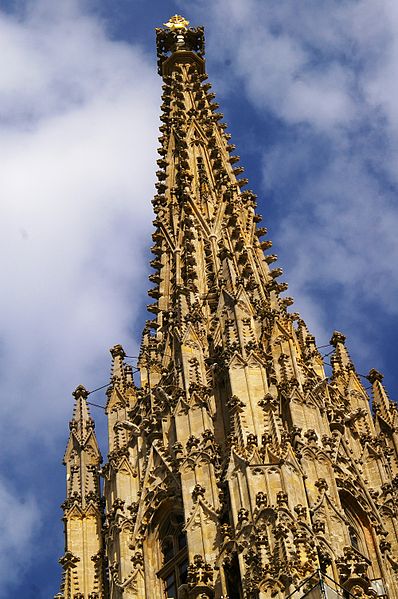 Nearby is the old city, the Innere Stadt, a UNESCO World Heritage Site full of gracious little squares and shops filled with chocolate, cheeses, and wines. One of those squares, the Judenplatz, is a memorial to Jews murdered in the Holocaust (along with an annex of the Jewish Museum Vienna, while the Hoher Markt is the city’s oldest, dating back to Roman Vindobona, with a colourful old outdoor clock and a constant parade of passersby. Between the narrow streets you can spot the distinctive spire of Stephansdom (St. Stephens Cathedral, right), and right nearby is the Figarohaus, the house where Mozart lived and composed his immortal opera The Marriage of Figaro.

Other places worth your time include the city’s comely neo-Gothic Rathaus (city hall), as well as the environs of the Ringstrasse, the series of avenues built like the Rathaus in the 19th century to expand the Vienna beyond its old core. Here you’ll find landmarks such as the parliament building; the Kunsthistorisches Museum (Fine Arts Museum), on a par with the Louvre and the Prado (and where by the way Spain’s Queen Letizia just inaugurated a grand exhibition of great Spanish Golden-Age painter Diego Velázquez); and the Belvedere Palace, former summer estate of Prince Eugene of Savoy and home to the world’s largest collection of the works of the late-19th- and early-20th-century painter Gustav Klimt. 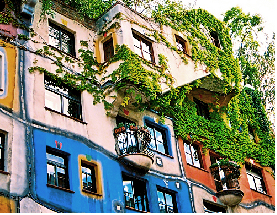 The hot design districts these days are Neubau and Josefstadt, with modern art also front and centre at venues like mumok , the Tenth District’s Anker Bread Factory, and the Secession exhibit hall. But truth be told, Klimt and Schiele are evidence that the avant-garde has long been a part of local culture scene. You can see more evidence of it in the Leopoldstadt neighbourhood in District Two, amid whose elegant bourgeois facades you’ll find the famous Hundertwasserhaus (left), an undulating residential building built in the 1980s designed by the artist Friedensreich Hundertwasser; there’s also a museum dedicated to his oevre.

And for the sake of your mental health I recommend a visit to the Sigmund Freud Museum, located in the good Herr Doktor’s former offices in the central Alsergrund district just a handful of blocks from the Danube.

For more expansive pastures, head over to the Prater, the iconic old amusement park that was one of the world’s first, founded in the 19th century, but keeps itself updated while conserving some of its original classics such as the Riesenrad Ferris wheel. Finally, for going out at night, of course you should try not to miss a performance of the legendary Volksoper in season. Then for pubbing, it’s back to the Innere Stadt, especially streets of Grätzl, the onetime Jewish quarter, such as Rabensteig and Seitenstettengasse, locally dubbed the “Bermuda Triangle.” And honestly, there are plenty worse places to get lost.

There’s a Vienna Card available with great discounts for transportation, attractions, dining, and more. For more detailed info on Vienna in English, check out Wien.info. Best fares on Iberia from the USA, from Spain.

images | ferlomu, Werner100359,  Lucian Ilica, To Uncertainty and Beyond