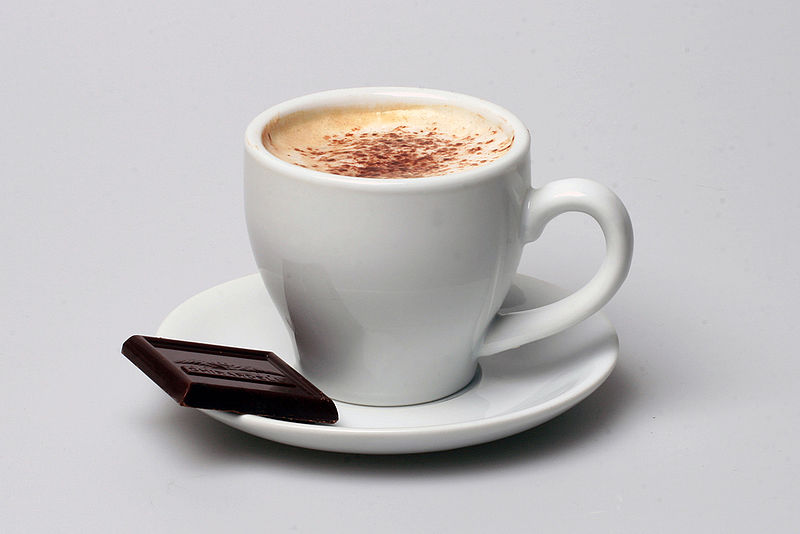 Java hounds sniffing after both a copacetic cup of coffee and the chance to experience key aspects of history, culture, and ecology in several Latin American countries have the opportunity to have it all in a number of regions which have facilities that receive visitors, from small organic farms all the way up to major industrial operations. 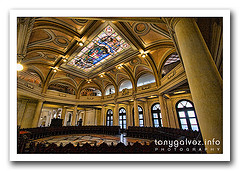 Brazil  Though coffee isn’t native to this country’s, it’s now the world’s largest grower, with production today widespread in areas of São Paulo, Minas Gerais, and Paraná. Two particularly important coffee centres in São Paulo state are Santos, on the coast some 79 kilometres (49 miles) from the eponymous city,  where the elaborate 1920s Coffee Exchange building houses an interesting museum (right), and Campinas, with its own museum in a reproduced fazenda (coffee plantation). These days the region itself is less of a production powerhouse than it used to be, but there are still some old fazendas that still grow beans, and sometimes accept visitors (any local travel agency/tour operator can arrange it). Outside Rio de Janeiro, the Paraiba Valley with its lovely town of Vassouras was once java central, but these days the several dozen fazendas have been restored only as inns. 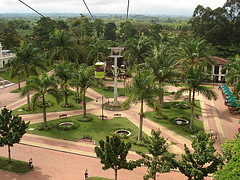 Colombia  The Eje Cafetero (“Coffee Triangle“) of the homeland of Juan Valdez (once just an ad-company-invented coffee grower but now also a very real chain of Starbucks-style coffee shops here with several outposts in the USA) is located in the tropical Andean forest area some six hours’ drive west of Bogotá, centred around three cities, Manizales, Armenia, and Pereira, and smaller towns such as Filandia and Salento with their colonial architecture. There’s even a Parque Nacional del Café (left) outside the town of Montenegro (near Armenia), which besides exhibitions and a plantation where various varieties of coffee are grown, also includes rides. 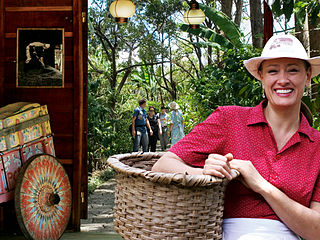 Costa Rica  This is a small country, so production is correspondingly modest, and pretty much all of it in the highlands of its Central Valley. Top choices for  visitors include Café Britt (right) just outside the small, pleasant city of Heredia, some 45-minute drive north of San José,  the largest and most tourism-savvy of the bunch, in business since 1985 and puts on a show that’s both entertaining and educational. The Doka Estate, just a tad farther north, on the lower slopes of Poás Volcano (with which it’s often combined as an excursion), offers a little more of an “authentic” and less of a theme-park vibe. For something a more boutique and intimate-feeling, head to the lovely Orosi Valley outside the city of Cartago, where Finca Cristina runs a marvelous little organic operation.

El Salvador  Up in the mountains just a few kilometres west of San Salvador, the El Carmen coffee estate, founded in 1930, is now a full-service resort which still produces beans and offers even non-guests good tours of the whole process. Also, on the outskirts of the capital near the San Salvador volcano is Café Miranda, a restaurant which includes a coffee museum with displays of coffee lore and and machinery from the country’s first mill. 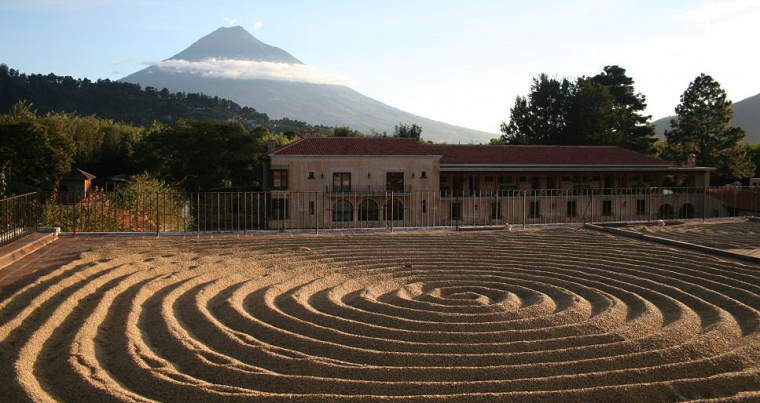 Guatemala  There are eight national coffee regions, but the top area for coffee touring coincides with the country’s top tourism magnet generally: around the lovely town of Antigua. In fact, there’s a lovely local resort/tour operator just outside town, the Filadelfia Coffee Resort (above), which actually includes a working plantation dating back to 1870. Another charming local option is the family-owned coffee farm La Azotea in the town of Jocotenango, which also has a coffee museum and other sites showcasing local Mayan culture. Another popular destination, Lake Atitlán, also offers several possibilities, such as the sustainable, fair-trade family cooperative in Los Terrales Reserve.

Nicaragua  Exporter of Las Flores coffee, family-owned Hacienda El Progreso on the slopes of El Mombacho volcano overlooking Granada offers tours including lunch, along with zipline and birding options. Farther north, the highlands around Matagalpa and Jinotega are the heart of Nica coffee country. Up here the Selva Negra ecolodge is built around the original, still organic coffee plantation founded by German immigrants in 1890. The newer La Bastilla coffee estate and ecolodge, meanwhile, is certified by the Rainforest Alliance and run in cooperation with the Foundation for Rural Education and Entrepreneurship. 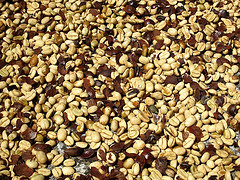 Panama  The main area for coffee production is Boquete, in the highlands of the western Chiriquí province near the Costa Rica border. Here the country’s oldest coffee farm – nearly a century old, Kotowa Coffee welcomes visitors and includes additional eco options, as well. Also in this area, Café Ruiz is a newer enterprise but offers an also very worthwhile look at the “golden bean” from a different angle. Yet another option is to stay at Finca Lérida (left), a coffee plantation founded in 1929 that’s now also a luxury inn.