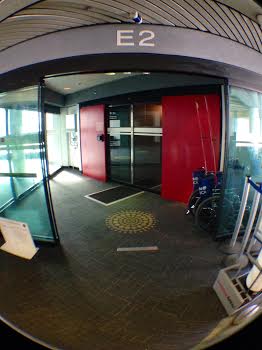 If you’re anxious about an upcoming flight, you may be connecting dots that shouldn’t be connected. How so? Keeping troubling thoughts out of mind can keep you from being anxious about the flight. To avoid anxiety, do you avoid the news? If an anxious flier avoids the news, they may be unaware that a crash of some kind happens every few days. They may be unaware that security threats are constantly in the news. Then, when they have a flight coming up, they find it harder to keep the news out of mind. Inevitably, they hear about a crash in some undeveloped country. Or a small private plane crashed nearby. Failing to realize that such accidents have nothing to do with the flying they have planned, the anxious flier thinks, “That could be my flight!”

Some think this is a sign – an omen – that means they should not take this trip. They think, “Why is it just when I’m taking a flight, all these things are happening?”

Confident fliers don’t have this problem. One important – but often overlooked – characteristic of mental health is the ability to make a commitment based – not on certainty of the outcome – but on one’s best guess about the outcome. Think about it: what quarterback could throw a pass if he first had to know the pass would be completed?

A confident flier’s best guess is that his or her flight will arrive safely. This prediction is based on the fact that the vast majority of flights arrive safely. Crashes are the exception, not the rule. But instead of expecting what is by far the most likely outcome, anxious fliers think, “What if?” Thoughts of disaster then trigger the release of stress hormones. Typically, an anxious flier sees no way to stop the anxiety caused by these thoughts other than knowing nothing can go wrong, or that if something does go wrong, he or she can escape. 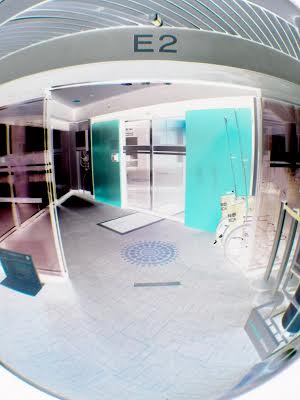 At the outset, the outcome – though predictable – is not a certainty. Even though there is – and has to be – some uncertainty, there is a way to manage anxiety. But, to do so, the person must upgrade what psychologists call “executive function.” As I write this, I can look out the window and see General Electric’s corporate headquarters, where talented people get paid big bucks to use their executive function.

When executives make decisions, they assess the situation, consider their options, and make their best guess about the results each course of action will produce. Then, though they cannot be certain of the outcome, they commit to a course of action.

That is what the anxious flier’s executive function needs to do. Hosted in the prefrontal cortex, its job is to assess the situation, consider the options, make its best guess about the outcome, decide what to do, and make a commitment to go forward with the decision.

What keeps executive function from doing its job? My best guess is that most – if not all – of us have been exposed to some pretty severe criticism after we took action based on our best guess, and things did not work out well. “Monday-morning quarterbacking” shrinks a person’s ability to do good actual quarterbacking.

We are social creatures. We need and enjoy good times with other people. If we are going to be criticised, we can’t have fun. Criticism can stand in the way of self-determination. Criticism can block the development of healthy executive functioning.

Dr. James Masterson, M.D., was a keen observer of this phenomenon. He was in a special position to study it, as head of an inpatient psychiatric program for severely disturbed teenagers. He developed what he called the “personality disorder triad”: In psychological terms, 1. self-activation leads to 2. anxiety, which leads to 3. defense. In more easily understood language, it means that when a person whose emotional stability is dependent on another person, attempts to 1. act independently, he 2. become anxious about losing the affection, approval, and support of the person whose emotional stability he depends upon. When the anxiety becomes intolerable, the person may 3. abandon independent action and mask sadness about giving up independent action by claiming not to care about it, or by “acting out” in some way. 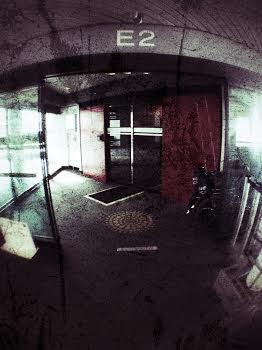 Commitment is key. Commitment activates brain circuits that regulate anxiety. Anxiety disappears at the moment executive function commits to a plan of action. Upon commitment, it signals the part of the brain that releases stress hormones, the amygdala to end that release. Stress hormones keep the mind focused on the threat, so they need to subside so the mind can focus as needed to carry out the plan to neutralise the threat.

But the person whose emotional regulation is hosted – not in his own prefrontal cortex – but in the emotionally stabilising person – finds commitment difficult or impossible. Think of your mobile phone. If you unplug it from the charger and its battery is weak, it stops functioning independently in a short time. Similarly, with the anxious flier, executive function is relatively weak and the person can commit only tentatively. With tentative commitment, “what ifs” continue to plague the mind. Anxiety about the flight persists.

If we go through the steps together, perhaps my support can help you reach a more solid commitment. First, what is your best guess about what will happen to a particular flight? Is your best guess that it will be boarded by a terrorist? No. Is it that the plane will crash? No. Your best guess has to be based on historical data: that the flight will arrive safely. Second, having made your best guess, what is your plan of action? Let’s say it is to take a flight. Third, you need to commit fully aware that though flying is remarkably safe, there is no absolute guarantee. Can you commit to a plan of action in which, based on history, has a 99.0000025-percent probability of success and a .0000075-percent probability of failure?

Though fear of flying, in some cases, involves fear of death, fear of flying is – more than anything else – fear of intolerable or overwhelming feelings. And though we might think that these feelings are caused by the plane, by being up high, by no being in control, and not being able to escape, these feelings arise because – unfortunately – our early relationship with our primary caregiver did not give us the ability to regulate arousal and emotion independently. That early relationship did not build inside us a sense that when things go wrong, things will, nevertheless, work out. It didn’t give us confidence that, if we are in need, our needs will be responded to. The early relationship did not give us a sense that our feelings are to be taken seriously.

If that is causing difficulty now, we can fix the problem and get the necessary support by linking each step we will be taking to a moment in which a person was supportive. We need to find a memory. It needs to be the memory of a moment in which you sensed you were safe in the presence of another key person – safe not just physically, but safe emotionally. You need to find a moment when the person you were with was not being critical, was not being competitive, and was not judging you in any way. In such moments, you let your guard down. But notice. You don’t “decide” to let our guard down. It just happens.

Why? According to neurological researcher Stephen Porges, there are signals being sent constantly between individuals which unconsciously – if the signals are just right – cause the heart to slow down, even if stress hormones are present. If the signals are just right, the parasympathetic nervous system is activated. This is the system that calms you down throughout your mind and body; we could say, “gut-level” calming.

In next week’s post, you will be introduced to a way to use the signals from a trusted friend or family member to provide automatic calming for you when you fly.