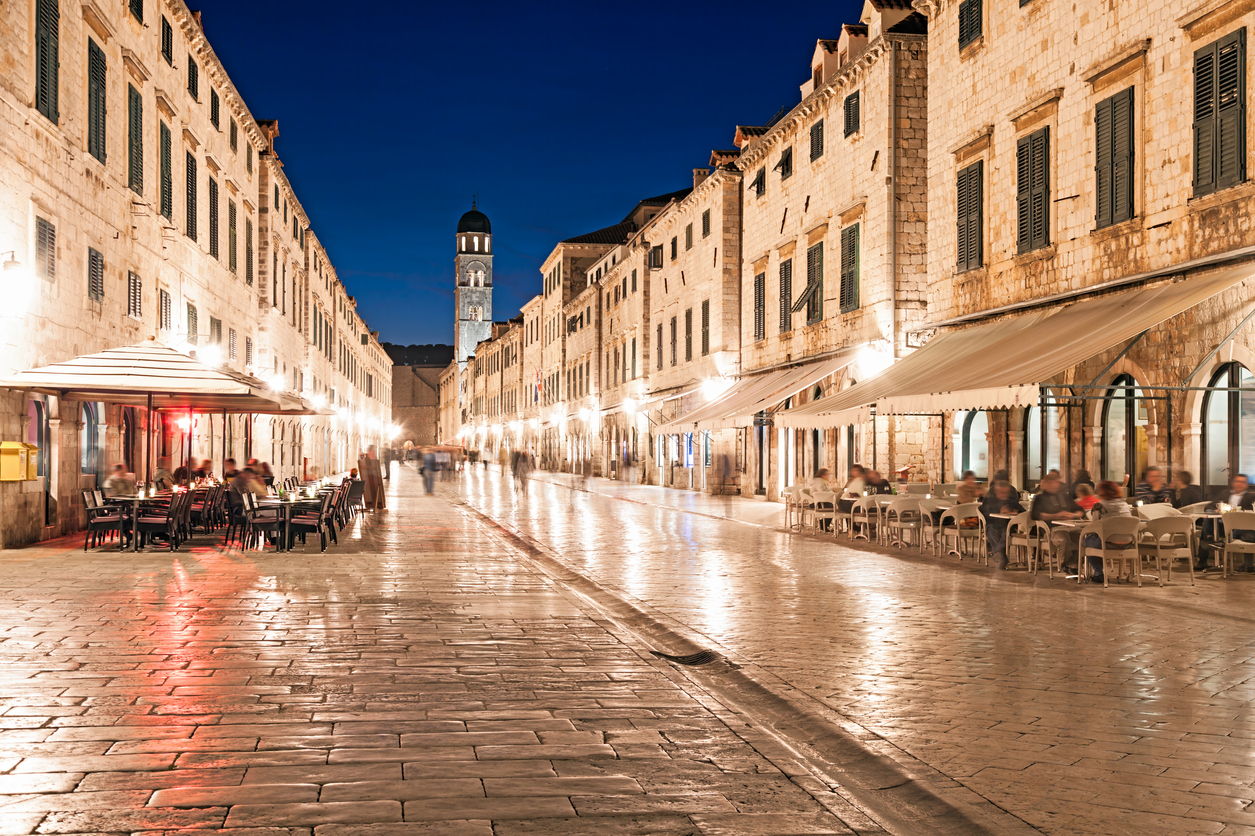 As Iberia enters its third week of summer flights to the UNESCO World Heritage city of Dubrovnik (through September 29), once again visitors are back in force to this fairytale cityscape, strolling the cobblestone streets of the “pearl of the Adriatic”.

The medieval walled city once known as Ragusa is one of those places where there’s a phenomenal photo opportunity every three metres, starting with its city walls, offering vistas over the red-tiled rooftops; as well as impressive monuments like the Pile Gate, the Onuphrius Fountain; and Orlando’s Column. Other sightseeing highlights include the Franciscan and Dominican monasteries, the Baroque St. Blaise Church, and the Rector’s Palace (housing a museum of city history), while the magnificent Renaissance/Gothic Sponza Palace hosts a variety of concerts. And in summertime, notwithstanding the photo at top of Old Town’s main street Stradun (top), this time of year there the streets are usually packed, as are the pubs and dance clubs with of young people till dawn; outdoor perches for coffee and aperitifs like the Stradun’s Festival Café; and plenty of restaurants where you can savour the catch of the day from the nearby waters (ripoffs are not unknown, however, so check the menus out front before you sit down and order). Additionally, there are all sorts of concerts and events including the magnificent Summer Festival July 10 to August 25.

This being the Adriatic coast, beaches are a big part of the local scene, and one of the best known is a 15-minute boat ride away, on a small island in the town of Lokrum. It includes a nudist section and is a freewheeling spot where you can find some human fauna of a less conventional sort. If you have more time to spare, it’s well worth forays up and down the coast to other islands, towns, beaches, and cities such as Korčula, Hvar, Zadar and Split. More about them in an upcoming post! 😉