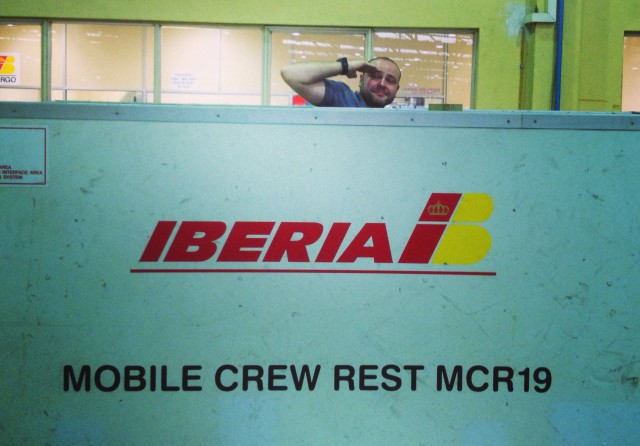 Many workplaces have “break rooms”.  For longhaul airline crews, this means a rest area that provides a space to get in some crucial sleep in order to be in form for often overnight shifts. These rest shifts are mandatory and are among the many things covered by airport security regulations.

The resting quarters, in the case of Airbus models, are the same as the containers used for onboard baggage, used only for longhaul flights. They’re located in the same part of the hold where animals are transported (as opposed to baggage, where oxygen is unneeded).

Each rest module can accommodate six bunks, but most contain four (below) to minimise any potential sense of claustrophobia in these admittedly tight spaces.

There are two basic rules for crew here. The first is that they need to be buckled in at all times, since it’s never possible to predict when the plane will hit a patch of turbulence. Secondly, they must stay in uniform, so as to be ready to return to the job at a moment’s notice in case of emergency or unforeseen circumstance. 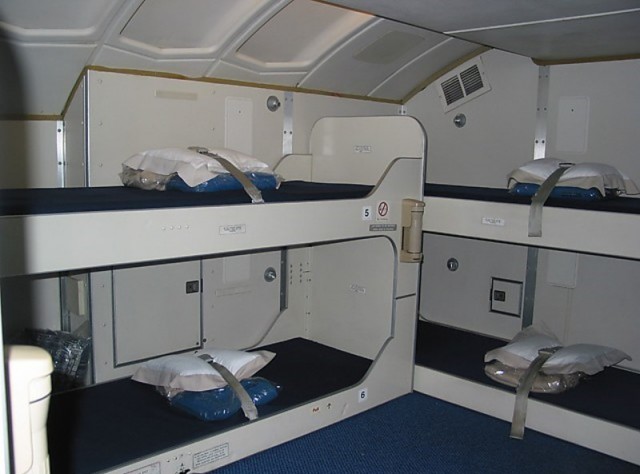 These quarter are equipped with toilets, fire extinguishers, and one or more internal telephones that connect with both the on-duty crew and the cockpit.

Each model of longhaul aircraft has its own type of access to these rest zones, but as a general rule, somewhere around the central area of the cabin there’s an stairway accessible to crew only.

We rest our case.