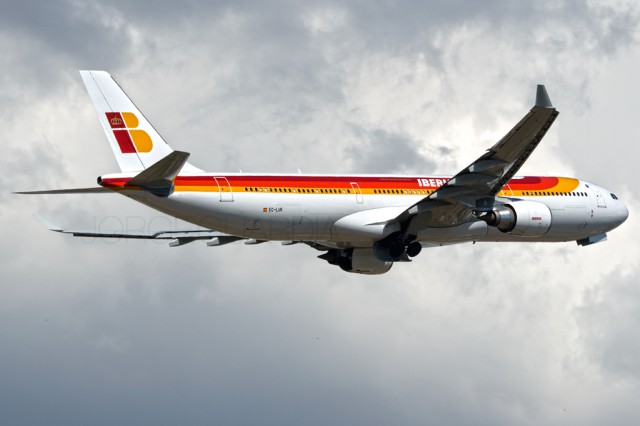 There are of course all different kinds of models of aircraft, each with its pros and cons. When it comes to identifying them on sight, one of the features that makes them easier to distinguish is the engines.

Long-haul commercial aircraft can have two, three or four engines, and this has certainly been the case with Iberia’s fleet. We’d like to describe some of the differences for you here. There was a period when the fleet included Boeing 757s, which were two-engine aircraft, and 747s, whch had four. Currently, the company has been starting to replace its older four-engine Airbus 340s with the more modern and efficient two-engine 330s.

Those who’ve spoken with veteran Iberia pilots report that they used to express a preference for four engines because for longhaul flights and when flying over large bodies of water, deserts, and mountain ranges  it gave them more peace of mind in case of an engine failure. Times have changed quite a bit, however, and technology has evolved to not only allow aircraft to function perfectly on two engines but even with only one if need be.

The underlying reason for switching from four to two is, unsurprisingly, economic. But the switchover has been thoroughly vetted by regulatory authorities, and furthermore, there are airlines which have never used four-engine aircraft for longhauls and none has ever suffered a calamity as a result. 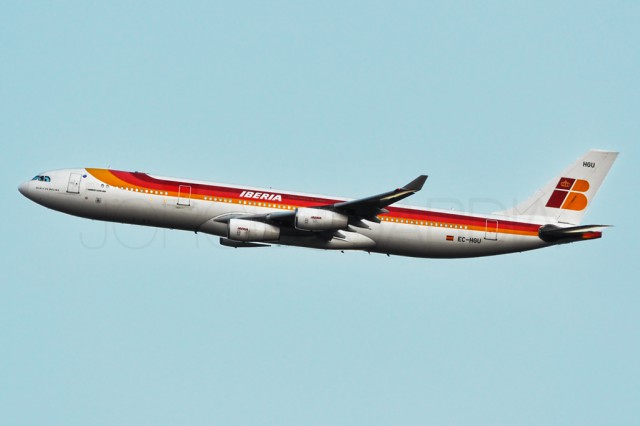 As we mentioned earlier, four engines might with some justification have meant more peace of mind years ago – not to mention the fact that international aeronautical law expressly forbid the use of two-engine craft specifically over oceans and deserts in any case. But over the years manufacturers worked hard in cooperation with airlines to improve the technology to the point where that rule was rendered obsolete. So today we end up with a tradeoff: somewhat less thrust, yes, but also less fuel usage (meaning lower fuel costs and carbon emissions) and less costly aircraft.

Between the 1970s and the year 2000, Iberia operated the McDonnell Douglas DC-10 on some of its longhaul routes. It was a great success in its day, and quite a colossus, though not quite as much as the great Boeing 747, the ultimate “jumbo jet”.

With a wide fuselage and two aisles between seats for passenger and crew comfort, it was particularly notable for its third engine situated on the top of the rear fuselage, below the tail. In the mid-1990s, Iberia started replacing them with the then cutting-edge Airbus A340 which we’re so accustomed to seeing today.