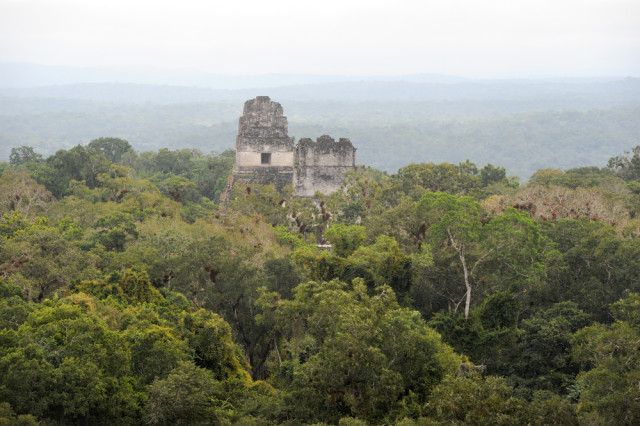 Stashed away in the steamy jungles of Petén, in Guatemala‘s northeast, Tikal, which means “place of the voices,” is the greatest of the ancient Mayan cities, and one of the most evocative to visit. Rearing up out of the bush, its monumentality is still breathtaking today, allowing us to imagine that distant time, 250 to 909 AD, when this was one of the principal cultural and political centres of the “Mundo Maya” which covered present-day Guatemala, Honduras, Belize, El Salvador, and Mexico.

Made up of more than 4,000 structures spread out over an area of 16 square kilometres (six square miles) contained within the much larger Tikal National Park, this city at its height was home to some 100,000 inhabitants and together with Teotihuacán near present-day Mexico City shared hegemony over Mesoamerica.

The city was abandoned at the end of the 10th century for reasons that still remain unclear to this day. Forgotten, it slumbered under thick jungle vegetation until 1848, and even today most of its structures have yet to be excavated. 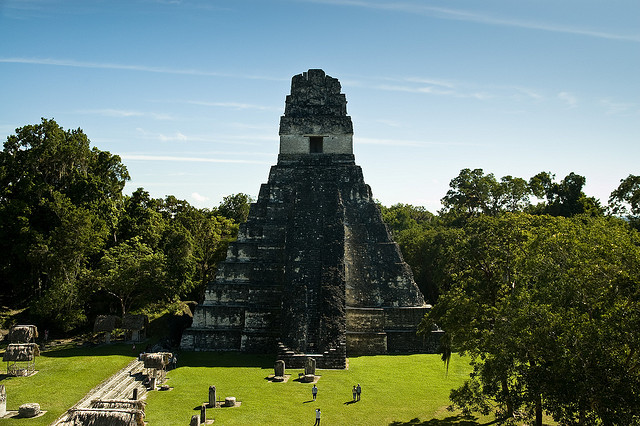 The myths and legends surrounding this place are enough to give one goosebumps. The sacred text Popol Vuh recounts that the first four Mayans were created here from cornmeal and that the trees exude the breaths of people who live underground.

With a bit of luck, a visitor can come across present-day Mayans praying here; they come from villages both near and far, and will make fires and kneel to worship the ancient gods (the site also attracts non-Guatemalan New-Agey types for their own rituals). The main plaza is the most spectacular area. Temple I, also known as the Temple of the Great Jaguar, is 55 metres (180 feet) high; it’s the burial place of Hasaw Cha’an Kawil, the great lord of Tikal who restored the primacy of his city over others by warring against others such as Caracol, El Perú, and Calakmul. The Temple of the Masks aka Pyramid of the Moon is the tomb of Kawil’s wife, and at its side are smaller pyramids.

The Temple of the Jaguar Priest was the last to be built in 810 AD, and boasts the best-preserved crenellations of any edifice in the Mundo Maya.  The Temple of the Two-Headed Serpent is the highest, at 64 m. (210 ft). Others include Temple V and Temple VI, aka the Temple of the Inscriptions, so named because of the reliefs on its rear side.

Even though there are always plenty of visitors at Tikal, it manages to not seem crowded, and even to project an air of tranquillity. By all means climb the pyramids (watch your step, though – many of them are fairly steep, and there’s not a lot in the way of help around here if you take a tumble). From a vantage point far above (top), you can gaze out over the green wilderness pierced by the majestic remnants of an impressive ancient civilisation (top), as the the Sun God K’inich Ajaw above illuminates it all for you.

(For Love2Fly’s take on another impressive Mayan site, Copán in Honduras, click here.)