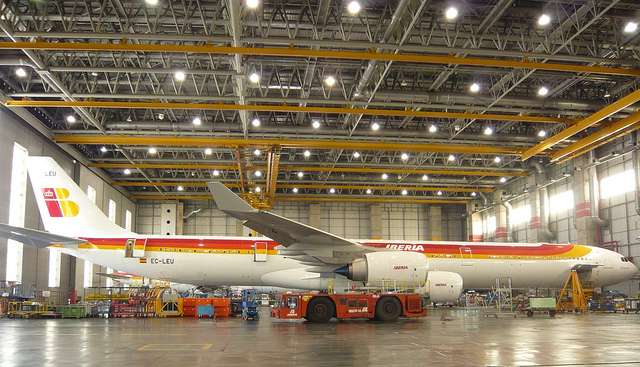 When it comes to aviation, and commercial aviation especially, the number-one consideration is of course safety. Airplanes are highly complex machines whose various components obviously need to work safely together – and keeping them carefully maintained is no mere trivial matter but one of utmost importance, given that these craft remain in service for 25 or 30 years, sometimes longer.

That’s why one of the most demanding processes that all aircraft must undergo is the extensive battery of tests conducted by the world’s primary safety verification agencies (basically part of the USA’s Federal Aviation Administration and the European Aviation Safety Agency) upon the first planes manufactured but before granting certification that the model is in fact completely airworthy. Some of these tests, as we’ll see, are not just stringent but even spectacular.

This test simulates an aircraft flying completely filled with passengers and baggage, using water-filled drums or stones of standardised weight (and even these elements must themselves be certified before use). The plane is also completely fueled to its limit, so as to come as close as possible to MTOW (maximum takeoff weight). The plane is brought out to the runway to taxi just up to the point of reaching what’s called takeoff decision speed (aka V1), at which point the pilots apply the brakes at full force, without reverse-throttling the engines, until bringing the vehicle to a complete stop.

The energy generated by the brakes during this maneuver unsurprisingly causes the brake discs to become red-hot, creating a fire risk in the immediate vicinity. So naturally fire trucks are standing by – but in order for the test to be considered valid, the aircraft needs to be able to withstand the stresses of this braking maneuver for at least five minutes without external intervention.

One interesting note: due to the rise in pressure caused by the extreme temperatures, the tyres can be prone to exploding, so to prevent this they are designed to de-inflate automatically.

Unsurprisingly, the engines are among the most extensively and exhaustively tested of any of an aircraft’s components. Perhaps the best-known are the so-called ingestion tests, which involve introducing objects other than air into the engines.

This last testing, depending on the volume of birds, can vary in its parametres and results. If the birds are smaller and/or few, there will be no discernible effect on the engine and its fan blades. In the case of larger birds, what should never result is that a birdstrike should cause the blades to perforate the engine’s exterior casing; any damaged components should remain within the engine even if the engine shuts down (keeping in mind that a plane can fly without much difficulty on one engine). We can see such a test being performed with an explosion occurring inside the engine in the following video:

And in this final video we see a montage of tests regularly conducted on commercial aircraft before they’re granted safety certification. The model getting the going over here is the Airbus 320, the one most frequently used by Iberia.

From minute 1:10 to 1:25 we can see a wing bending test, at 1:25 a strike by ice against the fuselage. Shortly afterward we see the landing gear in a simulated landing, then again a simulated birdstrike into an engine.