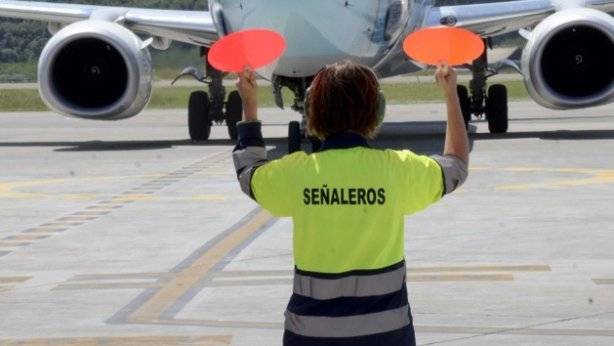 Today we hit the tarmac to learn more about the important role played by the ladies and gents you see outside your aircraft window gesticulating up a storm. They’re called marshallers (known as señaleros in Spanish), and besides guiding planes whilst they’re on the ground, these individuals perform other less well known functions as well, such as cooperating with other airport authorities to monitor various vital technical procedures, and providing assistance in case of an unusual incident of any sort.

These marshallers are of course the folks in the reflective vests and noise-blocking earmuffs we see guiding our planes in and out of parking positions, standing in front with paddles by day, flashlights by night, or in a vehicle with the words “Follow Me” on the back. They work day in and day out, in fair weather or foul (obviously including rain, snow, and freezing winter temperatures). Imagine what it’s like in summer, too, in many airports of the world where it can get intensely hot and either muggy or dry, and they must work long hours under the blazing sun. 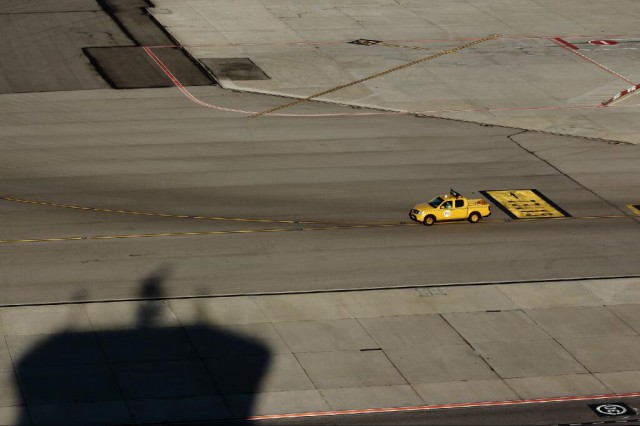 Other functions marshallers undertake include airfield inspections, emergency planning, accident/incident analysis, monitoring of security protocols, and even penalising lapses which affect the security of aircraft and others.

Their work must at all times be coordinated with the operations centre and control tower; it’s that collaboration, as well as the marshallers’ experience and knowledge of the runways and tarmacs, that are so important to the success of this critical aspect of commercial flight.

And since each aircraft they handle is different, the job of the marshall is anything but routine. Guiding a Fokker isn’t the same as bringing in an Airbus 340: the former occupies a parking stand with a capacity for larger planes, while the latter has to be placed in a stand where distances between stands are not as wide and any miscalculation could result in an accident. If in addition the 340 is parked at a gate with a jetway to connect, the precision in placement must be absolute, without any margin for error – this is one of the job’s most delicate moments.

Much rests on the shoulders of these men and women – including our own safety as passengers. Do keep that in mind the next time you spot them gesticulating outside your window!