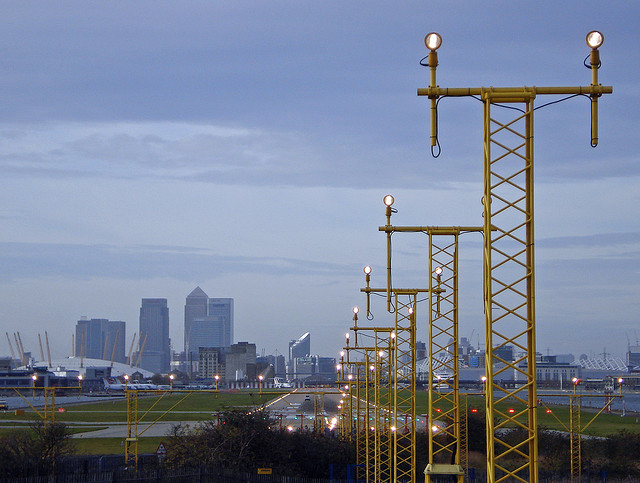 You think your job is stressful? Imagine, for just a moment, being an air traffic controller. Have trouble imagining? We invite you to read this quick overview through to the end and then tell us: Could this be a job for you?

Admittedly, air traffic control is not for the faint of heart. Though very much behind the scenes and (as it were) under the radar, this work has different aspects depending on the individual unit where it’s carried out. In a given tower there will be controllers dedicated to one particular type of specialised control rather than rotating through all of them, as one of the factors which most affects safety is each controller’s familiarity with his or her specific area of focus.

The broadest area is route control, in which controllers direct aircraft transiting the air space within their jurisdiction. Normally (except in positions near an airport), their work is limited to separating air traffic by altitude and route and verifying that there is no possibility of close encounters between planes.

On the other end of the spectrum are ground control, which deals with the ground movements of aircraft between their parking positions and the runway, and tower control, those in charge of the runway itself as well as airborne planes in a zone limited to within roughly 15 kilometres’ (9 miles’) radius of the airport.

At especially large airports, within the category of ground and tower control there’s yet another specialisation: approach control, which requires perhaps the most experience, care, and intuition of all to keep airport operations as smooth as possible.

When an approach controller is guiding an aircraft departing from his or her own airport, the task is fairly straightforward: to take it from the point where it’s left by tower control (usually just a few seconds after takeoff) and accompany it during ascent until the next control unit takes over, which may already be route control, or another intermediate control during the ascent.

The matter is slightly more complicated when it’s an incoming aircraft, because then the task becomes more about sequencing the stream of arriving traffic in the most synchronised manner possible. At particularly large airports such as Hartsfield-Jackson in Atlanta, London’s Heathrow, Charles de Gaulle in Paris or Madrid-Barajas, this can mean at peak times of day more than one plane per minute.

These aircraft arrive from different geographical coordinates, with different routes and at different velocities (although at least their altitudes tend to be similar, as the previous control unit and the pilots have seen to this), and the duty of the controller is to place them in proper landing order according to their relative weight, velocities, and other relevant factors.

Landing-order placement according to velocity is a fairly obvious criterion; each plane has an ideal approach velocity which is not wise to unduly hamper, so a faster-flying aircraft should not be placed following a slower one. The issue with weight is that a heavier craft creates heavier air turbulence in their wake than a smaller one, therefore requiring a longer minimum distance behind so that the plane behind is not negatively affected by this turbulence.

Recently a number of aeronautics blogs have shown the following time-lapse video showing an approach path at Heathrow, which besides its undeniably hypnotising beauty demonstrates some of the issues discussed above, particularly how aircraft are positioned into a coherent line from different positions in the air in order to land.

And for anyone who’s curious as to how this feels from the point of view of an air traffic controller, following is a video of one controller coordinating arrivals at Mexico City’s airport.

So what do you say? Could air traffic control be the new career direction you’ve been looking for? 🙂

(For more on air traffic controllers and their training, click here.)