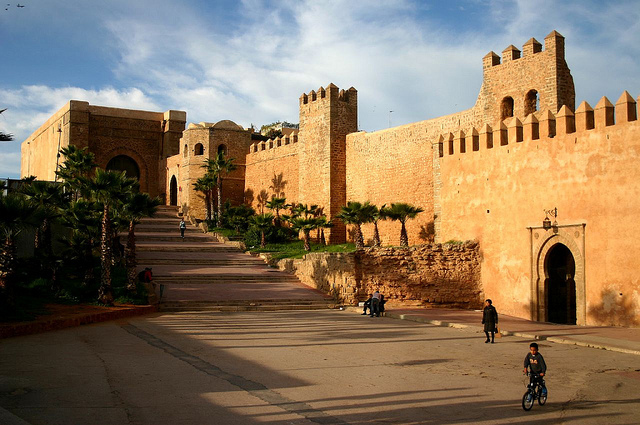 Spectacularly sited on the vast blue Atlantic, this city of 620,000 may be the official capital of Morocco, but it’s so laid back and unassuming that many visitors tend to pass it by for the higher-profile likes of Marrakesh, Fez, Tangier, and Casablanca. But that’s a pity, for Rabat is an undersung gem with handsome architecture, rich history, and cosmopolitan offerings.

Founded as a fortress (the name, in fact, means “fortified place”) by one of the Almohad dynasty caliphs in the 12th century, Rabat was invigorated in the 17th century by an influx of Arab moriscos expelled from Spain on suspicion of insincerely converting from Islam to Christianity, and eventually chosen by the French as their colonial capital in 1912. With all that history, the old quarter is full of splendid sites, but it’s also a place to just wander – maybe have a seat in a courtyard, listen to the murmur of a fountain, and gaze off into space. 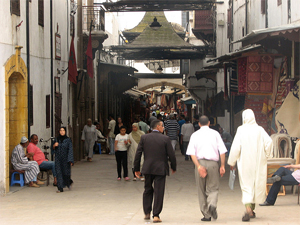 In the medina, with its riads (traditional houses and palaces) converted into hotels and restaurants, there’s a whiff of salt in the air. Not surprising – it’s just a hop and skip from the Atlantic. Stroll along Rue des Consuls and Rue Souika, lined with artisans shops and stalls arranged by guild. And though it’s less frenetic than other Moroccan souks, here, too, you’re expected to bargain (and if that’s not you, well, give it a try anyway – you just might find you enjoy it after all). Follow Souika to Souk es Sebat with its plethora of babouches (distinctive Moroccan-style slippers), leatherwork, and jewelry; the famed local rugs and kilims, meanwhile, can be found at shops on Rue des Consuls.

Rabat doesn’t lack for the monumental, either. The blocky sandstone Hassan Tower (below), begun in 1195, is the 144-foot tall minaret of a mosque that was never completed, but still impressive for all that. The Casbah of the Udayas, built in reddish-ocre stone around the mid-12th century, was recently granted UNESCO World Heritage status. Inside, head to Rue Jamaa, home to the city’s oldest mosque as well as the Jardin Andalou (Andalusian Gardens), dating from the French colonial period. And of course you can’t leave the casbah without a sweet mint tea at the gardens’ famous Café Maure. As the capital of a monarchy, Rabat is of course home to the main royal palace, a lavish complex which besides the palace itself also includes the king’s personal mosque as well as various and sundry government buildings, set among grand tree-lined avenues that invite leisurely strolling. Avenue Mohammed V is well worth such a stroll, admiring along the way various examples of Arab Art Deco dating from the French colonial period.

Meanwhile, out on the outskirts of the city, a site called Chellah harbours a medieval Almohad necropolis, but also the ruins of the ancient Roman settlement of Sala Colonia (if you want to learn more about the ancient history of Chellah as well as other sites in Morocco, the city’s Archaeological Museum is the best in the country, with extensive collections of artifacts dating back to prehistory). And finally, if you have enough time, consider a hop over the river from Rabat to the next-door city of Salé, which dates back to the Phoenicians and in the 17th century was a Barbary pirate republic (mentioned, for example, in Robinson Crusoe). The old quarter and port offer an appealing slice of unhurried old Morocco that you will never forget.