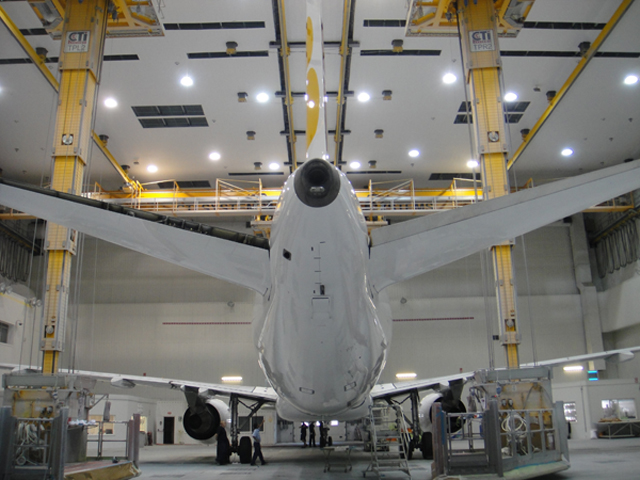 The answer is, quite simply, yes. There’s a direct correlation between the type and number of coats of paint covering an aircraft and both its weight and aerodynamics — and therefore, of course, its fuel consumption. This, in turn, has an impact on the amount of carbon dioxide released into the atmosphere. 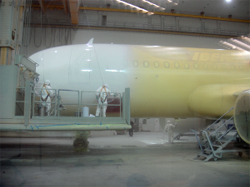 Iberia is one of the first airlines in the world to utilise a new system of paint application which allows savings of some 30 percent in materials — not to mention time, as it requires only a single coat.

This has been and will be particularly important in recent and upcoming months as Iberia repaints its fleet with new livery and logos. The company has in fact taken advantage of this monumental project to launch a new base/clearcoat system in order to improve fleet aerodynamics and achieve meaningful reductions in fuel consumption, thereby reducing carbon emissions.

The technique involves applying the livery colours in one single coat via a basecoat which is highly pigmented, thus achieving maximum opaque coverage even with a single thin layer; up until now, at least two to three coats had been needed to achieve this type of coverage. 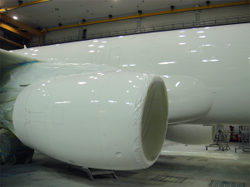 The process is finalised with the application of a clear varnish called a clearcoat, which brings the surface to a high gloss, known as the “wet effect”; beyond its pleasing aesthetics, it also acts to protect the fuselage against the effects of weather and erosion.

There are four principal advantages to the new basecoat/clearcoat paint technique:

1. Lower Fuel Consumption/Carbon Emissions  One layer of paint instead of two or three means less atmospheric drag when flying, as well as less total weight to push through the air. This improved efficiency means not as much fuel is required, and so of course less carbon is emitted. 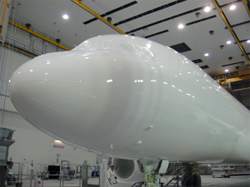 2. Greater Durability of Colours and Shine  The clearcoat protection which allows livery colours to last at optimal intensity for longer periods is also an operational and environmental plus, because it means aircraft can go longer between repainting, thus consuming fewer resources over the course of its lifetime.

3. Greater Cleanliness. One of the clearcoat’s properties is what is known in chemistry as hydrophobicity, meaning it repels water, and also discourages build-up of other substances such as dust. Again, not only is this a plus aesthetically, but also in terms of resources and environmental impact in two ways: less cleaning is required, and during flight, fewer foreign particles clinging to the fuselage means more efficient aerodynamics and lower fuel consumption. 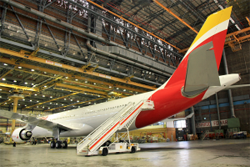 4. Quicker Application  Since just one basecoat is needed, with a two-hour drying time, this new system drastically reduces the time an aircraft needs to spend in the hangar being painted.

Now tell the truth: Were you surprised to learn that something as simple and ordinary as paint can affect airplane fuel consumption?