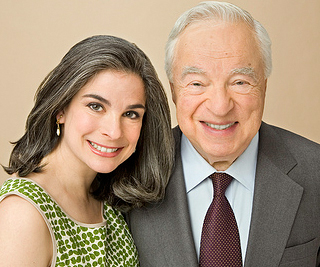 Are paper travel guidebooks going the way of the dodo? Doomsayers have been spelling the end of these, and indeed of many print books, since the advent of the first ebook. Industry reports show steady sales erosion, and it seems nary a week goes by without an article appearing along the lines of “Travel Apps Endanger Paper Guidebooks,” “Do Paper Guidebooks Still Make Sense in a Digital World?” and “Are Guidebooks Dying Out?”

So when digital behemoth Google bought one of the world’s most venerable and respected travel media brands, the U.S.-based Frommer’s guides, in August 2012, it didn’t take long for people to assume that the plan was to discontinue its paper titles in favor of online and electronic formats only. But in an astonishing move shortly afterward, in the spring of 2013, the father-daughter travel journalism icons behind Frommer’s, Arthur Frommer and Pauline Frommer, actually managed to acquire their brand back from Google. And they have been feverishly at work ever since to refocus and relaunch their famous guidebooks to an initial 30 destinations – and reviving editions in good old paperback, for which they were labeled “delusional” by some observers. The Frommers were kind enough to grant Love2Fly an exclusive interview to discuss their new venture and the future of the travel guidebook.

And for those who, ehem, prefer to read print rather than listen to the new-fangled podcast, here are some highlights from our conversation with the Frommers:

Iberia L2F: Print seems to be going the way of the dodo in newspapers. Might that be the case with travel media as well? 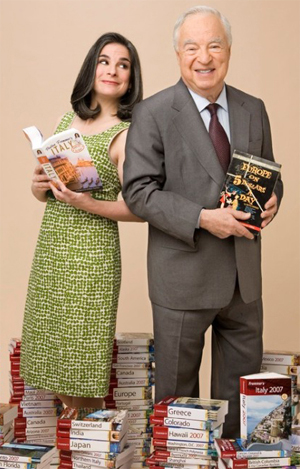 Iberia L2F: You’ve been called “delusional” by some for believing as strongly as you do in traditional paper guidebooks. Why do you think the critics are wrong?

Arthur: The critics are obviously wrong because there are millions and millions of print guidebooks that continue to be sold each year. Their number is down from what it was several years ago, obviously, because of the competition from electronic sources of travel information, but there are still millions and millions of travel guides that are sold in North America each year. And the better of these series among them continue to do very well.
Pauline: And I would say that the critics who called us delusional have made a lot of assumptions about our plans without ever talking to us, and I think they assumed that we would only be doing print guidebooks and not doing apps, not doing e-books, not doing whatever the next iteration is. We don’t want to be staying mired in the past; we understand that there are technological changes coming. We think, however, that the most important thing about these guidebooks is not the form in which they’re read but how they’re written – which is by trained, trusted journalists. And that won’t change. In that way we’re proudly old-fashioned. But, you know, what does it matter whether it’s in an e-book or on paper? It’s the same thing. And I think the people who called us delusional just assumed we were only going to do print.
Arthur: The advance indications of the sales of the print guides are very encouraging, and they indicate that a large percentage of the American public continue to buy print guidebooks – just as another percentage of them buy e-books. But there are far more purchasing and using print books than e-books at the moment.

Iberia L2F: What do you see as the relative merits of both formats?

Arthur: It’s not what I see as being the advantage of one versus the other, it’s what the public sees. And there is no conceivable doubt about the fact that the majority of the public continues to rely on print guidebooks when they travel, even though there’s an increasing number of them who turn to electronic devices. But it is the public that makes this decision, it is the market that makes the decision, and so far the public has chosen print guidebooks over e-books.
Pauline: There was a recent study done – in Britain, so it’s a slightly different market – but it showed that people’s travel decisions are not being influenced – well, Tripadvisor does have a big influence on people, but the second most important influence on people is the guidebooks, still. With every other form of media that deals with travel in a distant third place. So I think that they’re still viable, whether people are reading Frommers.com, or they’re reading our guidebooks, or they’re reading us on e-books, I don’t think it matters. I think what matters is that they know it’s a trusted name behind this material.

Iberia L2F: Have either of you ever used an e-guidebook or travel app when traveling, and if so what was the experience like?

Arthur: I read novels and non-fiction on e-books, but frankly I have never relied on an e-book alone when I travel. I know very few people who do. The e-books are better for leisurely and reflective reading.
Pauline: I’ve used them on e-books. I’ve found myself nervous about the power running out. I think that right now, until these devices get better battery life, I have mixed feelings about them – but they’re getting better. As I said before, I was nervous all the time about the power running out and me not having the information I wanted in front of me when I needed it. But the devices are getting better.

What do you prefer, print or apps and ebooks? We’d love to know! And if you’d like to peruse the Frommers’ new titles, you may do so at Amazon.com.