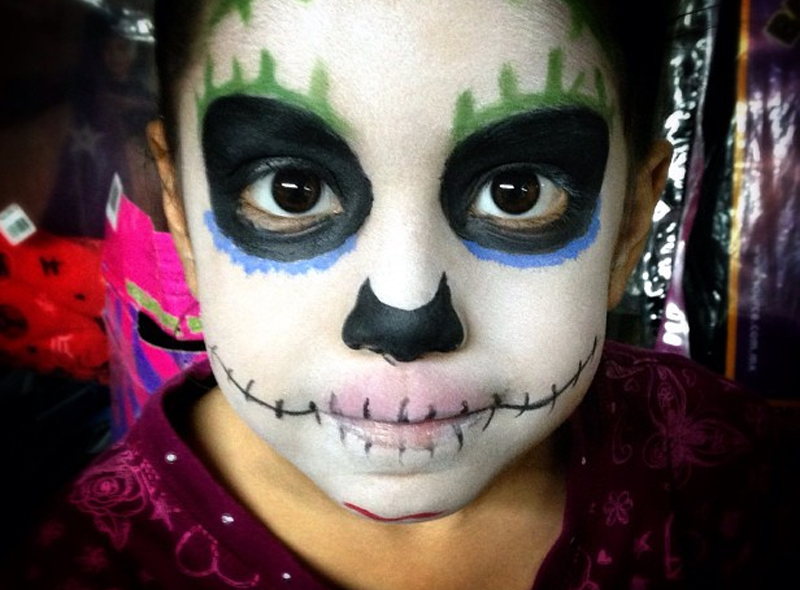 Halloween. The scariest night of the year, when ghouls and goblins roam the streets, and otherwise sane adults dress to depress while children trick or treat for candy they likely won’t be allowed to eat for fear of tampering. Yes, it’s a strange holiday (then again, what holiday isn’t?), but it’s also mighty fun, and these days you can find a zany celebration just about anywhere you happen to be on this fearsome feast.

As fate would have it, in recent years I’ve found myself in late October in both Spain and Colombia (at different times, of course), and was bemused to see the familiar costuming, decorating, and miscellaneous shenanigans in countries where until recently, if October 31st was observed at all, it was as the religious observance of All Hallow’s Eve. In honor of these, and Halloween celebrations everywhere, I’ve scared up a brief list of how this Americanised bit of Celtic fun has crept, oozed and slithered its way into a handful of key non-English-speaking Iberia destinations.

Colombia is one place in Latin America where a good number of locals, especially in bigger cities like Bogota, Medellin, and Cartagena, have taken a shine to the ghoulish holiday. In addition to partying in nightspots, a vigorous and still growing tradition of kids trick-or-treating has developed – more at shops and malls than house to house, but just as fun. Here they say, “Triqui triqui Halloween / I want sweets for myself / If I don’t get sweets / Your nose will grow!” If, like mine, your nose is maxed out, make sure to pack extra candy. Just in case. 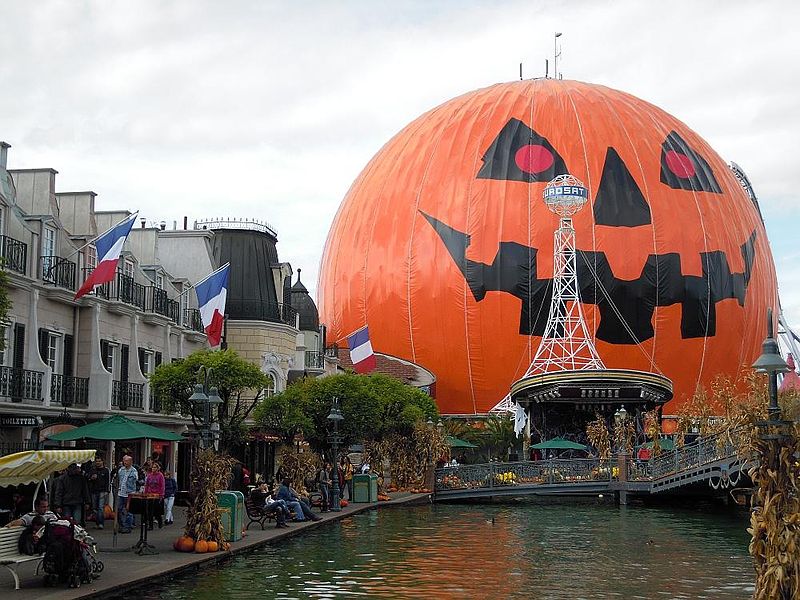 Germany Blame American servicemen stationed here for introducing Halloween to the land of Goethe. Fairly low under the radar until not so long ago, it has now become quite popular and commercialised, complete with department store decorations and Halloween specialty shops. In many ways, though, there’s more of an adult Mardi-Gras-type vibe going, with trick-or-treating kids still limited mostly to the larger cities, where the refrain is “Süsses oder Saures!” (sweet or sour)! Last but most certainly not least, there’s always der große Kürbis, as Charlie Brown would say if he were German, at the Europa amusement park (above). It’s the Great Pumpkin to end all Great Pumpkins, with a roller coaster in its innards, to boot!

Italy “Dolcetto o scherzetto!” (sweet or joke!) goes the refrain here on the Notte delle Streghe (Witches’ Night), and the holiday has been growing in popularity among both bambini and grown-ups. One medieval walled town, Corinaldo in the Le Marche region of central Italy, even styles itself the country’s “Halloween capital,” pulling out all the stops during the last week of October, including a “Miss Strega” competition.

Mexico gets a double-dose of spooky each year, thanks to its traditional November 1st Day of the Dead, which is a major deal for tourists lucky enough to witness this ancient celebration. Fortunately, it still overshadows the American imported holiday but is starting to get some serious competition, especially in larger cities and among children. Guess you can never have too many skulls!

Spain Finally, the Noche de las Brujas (Witches’ Night) is generally marked by parties in pubs and clubs in larger cities such as Madrid, Barcelona, and Zaragoza, as well as organised events such as cemetery parties and haunted houses; various Spanish cities now even have “zombie walks” to benefit charity. Nothing quite like socially conscious zombies, wouldn’t you say?