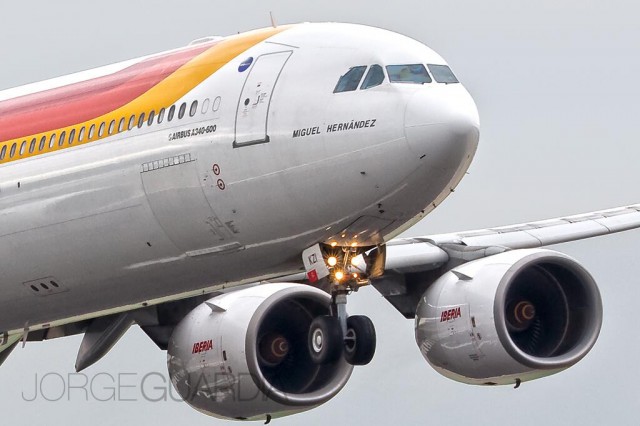 Spectacular aircraft photos abound all over the Web these days–shots taken on runways, in hangars, taking off/landing, at cruising altitude. And many of us who glance at them, sometimes think, “how cool,” and move on.

And then… there are the planespotters, along with their closely related–and sometimes overlapping–cousins, aviation geeks (aka “avgeeks”). These gloriously obsessed souls are a dedicated breed in love with aviation and airlines, follow industry news and developments in detail, and can cite chapter and verse in sometimes amazing detail about every make and model of commercial airliners under the sun, as well as their routes, liveries (the designs and logos emblazoned on plane exteriors) and particularities of deployment in the hands of various airlines.

Oftentimes spotters are also photographers–mostly amateurs–who have made it their life’s hobby to photograph commercial jets. And in their quest for the best and most unusual and/or creative shots, they seek out some of the most obscure nooks and crannies imaginable, usually at or around airports, of course (for another point about these locations that might not otherwise occur to you, see below). Many go so far as to plan business travel and vacations around visits to various airports in their home countries and abroad.

Planespotters refer to this as “the hunt,” with special trophies including new liveries; airplane registration numbers not yet in their collections; and sightings of airlines at unexpected airports. And they display these trophies on their own websites as well as group sites specializing in spotting, such as planespotters.net and planespotting.net. It’s a game whose fun, in addition to bagging the above trophies, also comes from identifying the aforementioned obscure nooks and crannies from which photos have been taken. For one of our great spotter friends, “spotting is a way of life, a different way of looking at things that we’re passionate about; it’s the art of capturing everything that flies with a motor.”

There are several basic elements to this most singular hobby, and the most basic is of course a high-quality camera (smartphone cameras are great for lots of things, but planespotting doesn’t strike us as one of them, as it requires the precision and control that only high-end photographic equipment can provide) and back-up batteries or other portable power source.  Next in importance has to be plenty of patience, because an aircraft worthy of the hunt doesn’t always make its appearance on cue. After all, one can research airline schedules to a T, but variables like unforeseen schedule changes, flight delays, or airspace saturation can throw spanners into the best-laid of plans. That’s why good hunters, er, spotters must have the time and patience to wait–sometimes for hours–for their prey to show up.

Another huge factor spotters have to contend with is weather. It takes dedication and fortitude to spend hours on end waiting–especially in the freezing temperatures of winter’s depths and the heat (and sometimes bugs) of high summer. Another thing that those who aspire to enter into this wonderful world of aviation photography should be aware of is that there are limits: you don’t want to be caught trespassing in areas that are off limits to the general public–and as a result risk getting collared by airport security and possibly fined or worse.

But as we said earlier, planespotting is a hobby and so by definition it should be fun, not land its practictioners in hot water. So before venturing willy-nilly into out-of-the-way reaches of an airport–especially an unfamiliar one–spotters should do their online homework. And by now it may not surprise you to learn that there are folks who have taken the trouble to create and post airport planespotting guides (here’s a good one to Madrid Barajas Airport; you can use the widget on the right to translate it into English), complete with maps, describing not only runway layouts but also best spotting positions, how to access them, and even lighting conditions for different times of day (since the sun’s position has a huge effect on photo quality).