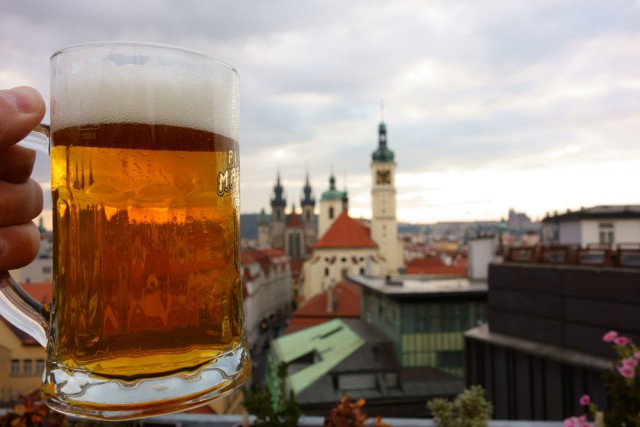 Ach, du liebe! It’s that sudsy time of year again, as Germany’s Oktoberfest is upon us. When many of us think “beer”, Deutschland naturally springs readily to mind – and for some, perhaps also Belgium, known for some distinctive brews of its own. But after more than a quarter century recovering from its unfortunate 20th-century stint behind the Iron Curtain of the Cold War decades and resulting beer-industry degradation, the beer-pioneering Czechs are once again coming into their own as a beer destination – and indeed, a world brewing power.

Indeed, the pedigree of what we today think of as beer – brewed with barley and hops, here in particular the reknowned Saaz hops – goes back almost as far as you can go in Europe. That is, to at least the 7th century, when Slavic tribes displaced Celts in what is now Bohemia and Moravia, and by 933, beer production was documented by the Benedictine monks of Břevnov Monastery outside Prague (yeah, that “ř” is tricky – try saying it like the “s” in “measure”).

Furthermore, the world’s most popular beer style, the pale, bottom-fermented lager known as pilsener, was invented in 1842 in the eponymous West Bohemia city of Plzeň (known in German, once widely spoken throughout the region, as Pilsen). And perhaps you’ve heard of Budweiser? You can thank the South Bohemia burg once named Budweis, now České Budějovice.

As you might then expect, in this country, what the locals call pivo is huge, and still quite inexpensive – indeed, Czechs can boast the world’s highest beer consumption per capita (could you drink 160 litres/281 pints a year?). On the other hand, variety is still quite limited – pretty much everyone is largely into blond pilsener. The world’s first, now exported as Pilsener Urquell (and locally known as Plzeňský Prazdroj), is still a top brand here, as well as the country’s best known export; others include Budvar, Gambrinus, Radogast, Starobrno, Staropramen, and Velkopopovický Kozel, with alcohol levels ranging from 10 to 12 percent.

So without further ado, here are the three main destinations for Czech Republic beer touring (though keep in mind you’ll find picturesque breweries and pubs throughout the country): 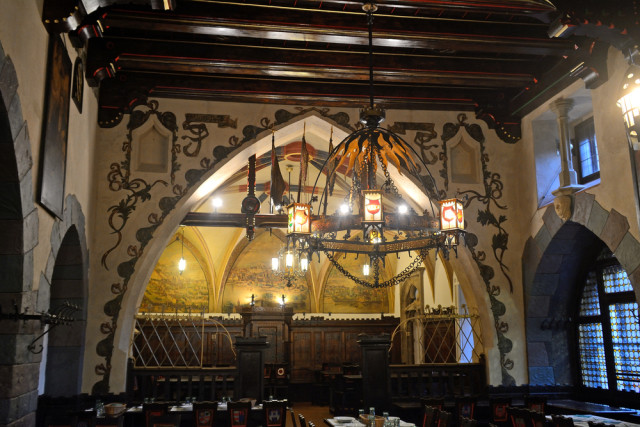 There are well attended pivovary (alehouses) on practically every block (when I lived there, I would pass by one on my way to language class where blokes were at it full tilt at 8 am, and several passed out on the sidewalk). But the capital’s most famous spot is still indubitably U Fleků, aka Fleks, which has been brewing its own brand longer than any other in Central Europe (since at least 1499), and also serves up hearty Czech cuisine and folk music in historic-feeling ambiance. One of my personal favourites in central Prague is U Vejvodů, with its vaulted Renaissance rooms, and other historic nearby classics not to miss include U Zlatého Tygra (At the Golden Tiger, where a non-beer-drinking bloke of my acquaintance was once denied a soft drink because that was for ladies, and real men only drank beer), historically a haunt of well known people including legendary Czech writer Bohumil Hrabal and former president Václav Havel. Also in the historic centre, dating from 1466, U Medvidků (At the Little Bears) is especially notable for perhaps the world’s strongest brew, tasty X-33, with 12.6-percent alcohol, produced in numbered bottles and cellared for most of a year.

Most notable breweries open to visitors include Staropramen, and the Strahov Monastery Brewery up near majestic Prague Castle, dating back to the 13th century and restored/reopened in 2000. And by the way, the city even has a “beer tram“, called První Pivní Tramway, found at the Spořilov terminus (Na Chodovci 1a) of the regular number 11 tram from the Vinohrady district’s I.P. Pavlova metro station. And don’t forget to pop into the relatively new Beer Museum housed in a 13th-century cellar five minutes from Old Town Square, where in addition to a tour and tastings in a pair of recreated pubs, you can even come away with a bottle of brew with your own customised label.

The West Bohemia industrial city where Pilsener was invented, about an hour and a half from Prague, in addition to having plenty of historic architecture and culture (in fact, it was an official European Capital of Culture in 2015) is as mentioned above the home base of the world’s currently best known Czech beer, Pilsener Urquell, as well as Gambrinus, Radegast, and Velkopopovický Kozel – all brewed at the Plzeňský Prazdroj brewery, where you can tour, taste, take beer classes, and visit a brewery museum.

These days, since the post-Communist revitalisation of the Czech beer industry, minipivovary (mico-breweries) have sprung up, such as Groll (including a restaurant), U Rytíře Lochoty (ditto), and Purkmistr, which runs not only an eatery but also a hotel and even a spa, where beer is considered a health drink (ahem) and even beer baths and beer peels are offered (parenthetically, in this country beer spa treatments are considered mainstream, as you’ll find if you continue on to the famous Czech spas triangle of Karlovy Vary, Marianské Lázně, and Františkové Lázně). 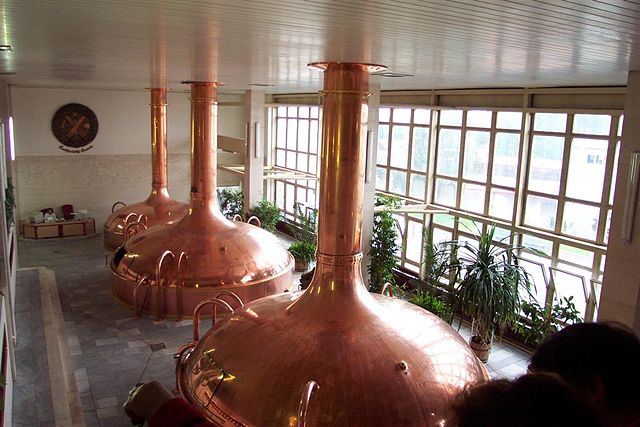 South Bohemia’s capital, where brewing dates back to the 13th century, is these days home the original Budweiser Budvar (aka Budějovický Budvar in Czech) – which, by the way, fighting with international powerhouse Anheuser-Busch over the rights to the Budweiser name in various countries). You can have an English-language tour/tasting, brewery, then enjoy more suds at atmospheric local pubs such as Budvarka Pivnice on the picturesque main square Naměstí Přemysla Otakara II, and nearby U Tří Sedláků at Hroznová 388.

And yes, there are plenty of beer festivals in this country, too – just often at other times of year than September/October (though Plzen’s microbreweries festival Slunce ve Skle is in its ninth year this very week). Meanwhile, a real beer aficionado bucket-lister is Český Pivní Festival, en held for more than two weeks each May in Prague.

Many tour operators include pubs and breweries in their offerings; but one that specialises in them, in Prague and across the country, is Czech Beer Tours.

As the Czechs say, na zdráví (to your health)!

For more information, Czech out CzechTourism.com and/or pick up a copy of Evan Rail’s Good Beer Guide Prague and Czech Republic.