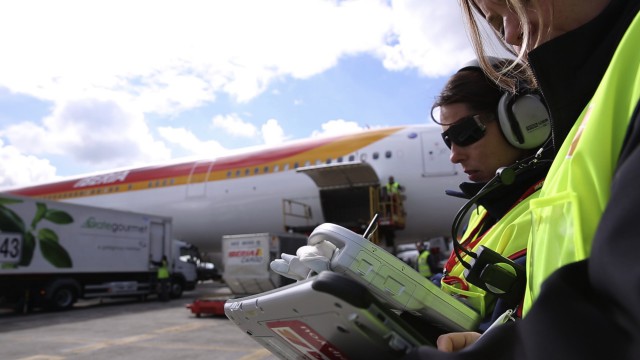 Most of us have a fairly clear picture of the procedures passengers go through when they arrive at an airport: check-in, security, boarding, and so forth. And of course we know about many of the various services available at airports, aid to unaccompanied minors and travellers with mobility issues; VIP lounges; customer service desk; transfers; and the like. But today our topic is “handling,” which is basically the servicing that aircraft receive on the tarmac between landing and taking off again. Iberia has its own dedicated staff for this function, some of whom are also hired out to service planes of other carriers at Spanish airports.

It goes without saying that time is money, and for an aircraft that means, above all, time flying, so during its layover (time on the ground), the handling team swings into action with a set of procedures designed to prep it for its next flight as quickly as possible while still being safe and thorough.

The first of these procedures is, naturally, to get the airplane parked – which, depending on its size and other relevant characteristics, is determined by the airport authorities. Once the plane is parked, the various handling personnel get to work.

The operations department issues the coordination orders, called the loadsheet (which specifies weight and distribution, very important in order to know where the aircraft’s centre of gravity is), as well as operational flight messages (time of departure, number of passengers). 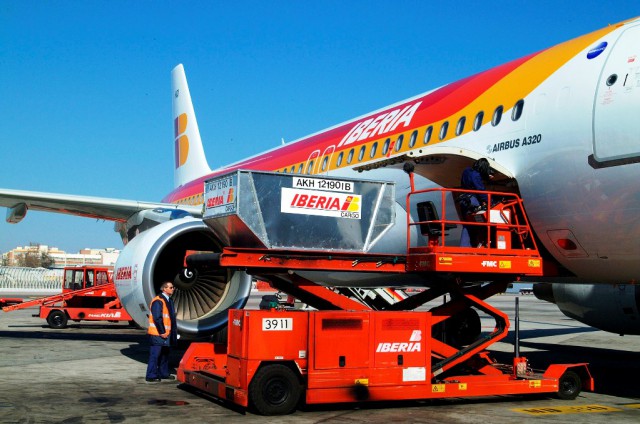 The personnel which interacts with passengers are the ones who supervise the fingers, those passageways that connect the plane to the terminal, or transfer passengers via shuttles if the aircraft is parked away from the terminal.

There is a separate crew that takes care of cargo handling, offloading and storing commercial merchandise as well as preparing documentation for its onward transportation. 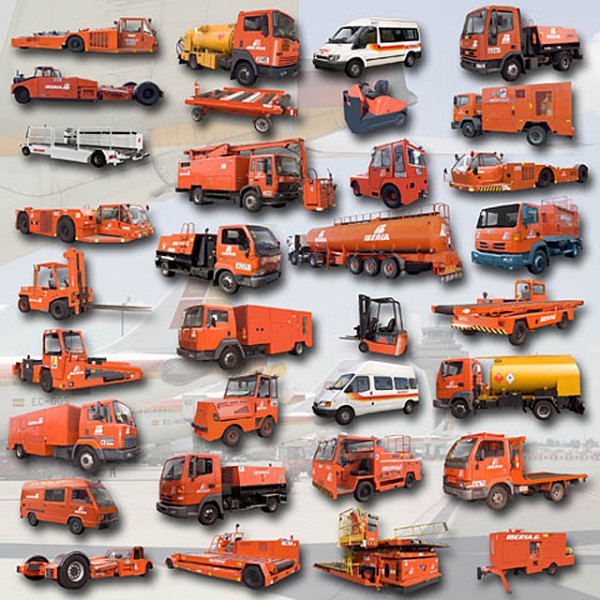 The ramp handling staff handles baggage, which is transported in containers to make onloading and offloading more efficient. Electric elevators and ramps are also utilised for this purpose, so as to get everyone’s bags out onto the carousels as quickly as possible. These folks are also responsible for a variety of other important tasks, including the airplane stairs; recharging the aircraft’s electrical systems; evacuation of residual water; check of the air conditioning system; cabin cleaning once passengers have disembarked; refueling (this must be accomplished before the new passengers can board); and any repairs which may be necessary.

Another important part of these layovers is the catering, the loading of meals, snacks, and beverages which will be served during the flight. Any food which is to be served hot is precooked by the catering company and heated onboard by the cabin crew.

Once the aircraft has been prepped, loaded with baggage, cargo, and passengers, if it’s parked at a gate, a lowslung vehicle called a pushback tractor or tug will, as the name implies, push the aircraft back from the gate and leave it ready to taxi out to the runway.