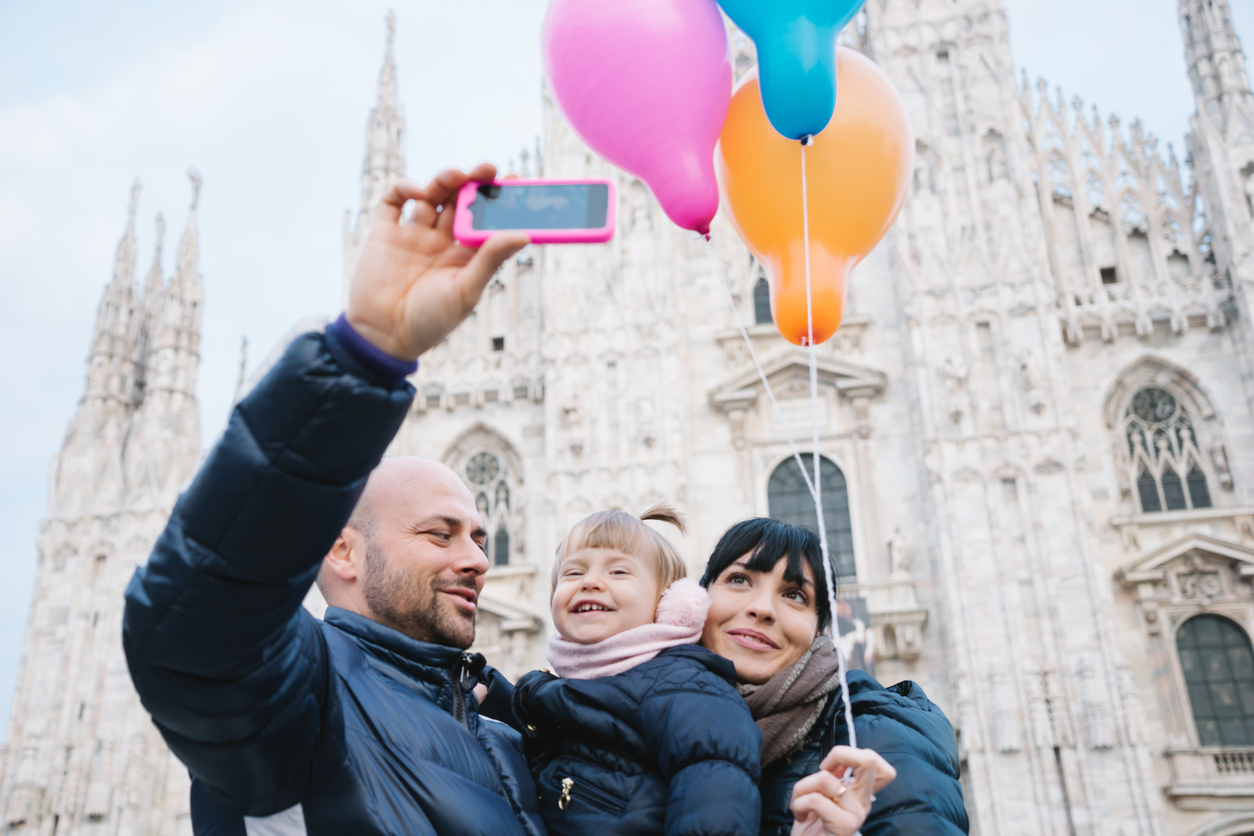 Already musing about next year’s family holidays? Italy is always an excellent option! And it’s probably no surprise to you that its most stylish city, Milan (served at present by 35 weekly Iberia flights to, from, and via Spain), is a clear winner when it comes to enjoying it by yourself, with friends, or your significant other, whether you’re in the mood for shopping, art, music, history, dining, nightlife, or any other grown-up pleasures. But you probably don’t think of it as much of a natural destination for families with kids. Yet think again – I’m here to tell you, contrariamente, that go-go Milan can also be a great go-to for bambini. And here are just eight reasons why: 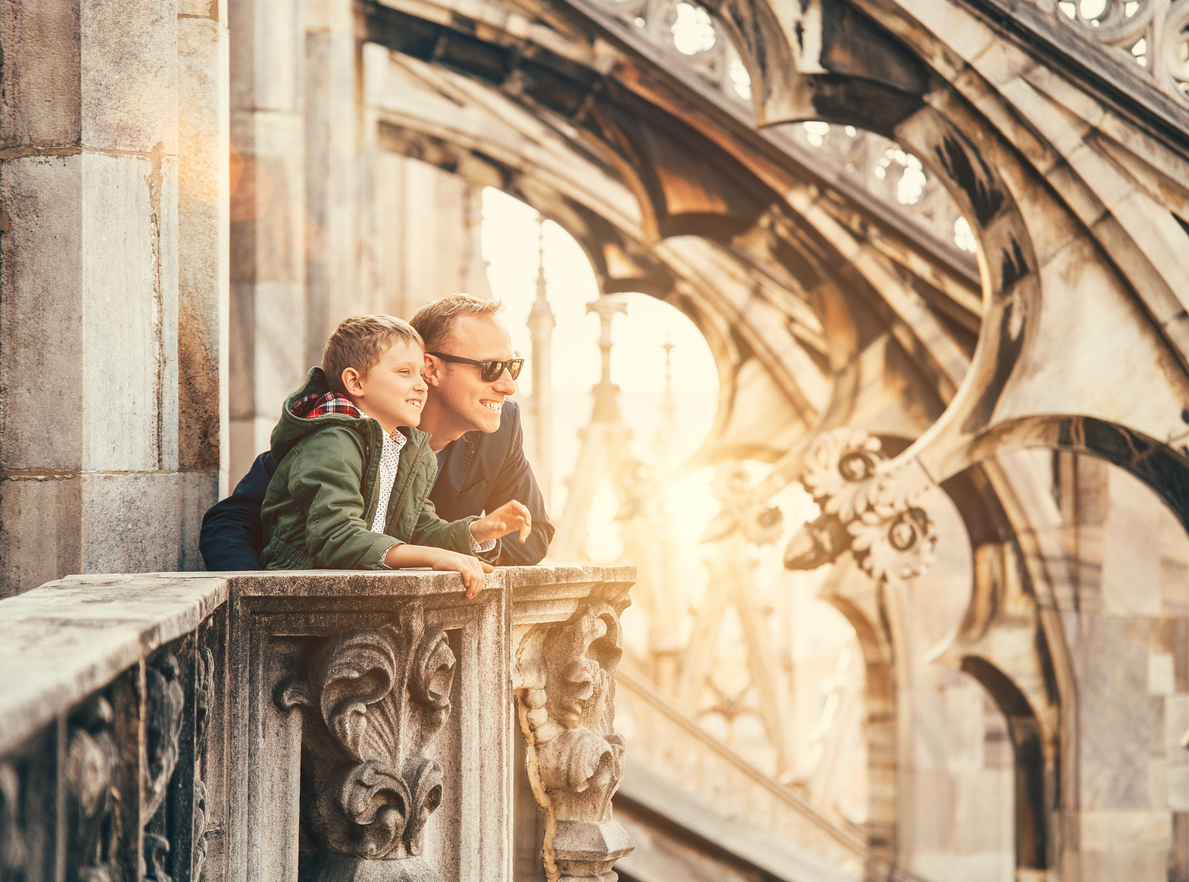 The Roof of the Duomo


Let’s start with some of the top tourist attractions pretty much guaranteed to appeal to the little ones. Kids may not care too much about the interior of the city’s wedding-cake, white-marble Gothic cathedral (begun in 1386 and not finished until 1965), but chances are they’ll love the adventure of venturing onto to its most unusal feature, an expansive rooftop, 45 metres (150 feet) up. Crowned with statues and spires, it and several balconies wrapping around the top of the building also offers panoramic views over much of the city. And if you don’t want to tackle the 250 steps, there’s a convenient lift.

A Boat Ride in the Canals District


Venice or Amsterdam it ain’t, but Milan actually can boast a neighbourhood called Navigli, whose main charm is that it’s home to a trio of manmade canals (Naviglio Martesana, Naviglio Grande, and Naviglio Pavese) which are actually Europe’s oldest, built from the 12th century onward. They  anchor surrounding streets popular for locals to go out, eat out, and hang out, but from the end of April through September the kids might enjoy the boating opportunites along here, including a cruise that that goes not only through this part of the city but out into the beautiful countryside, where they connect with nearby rivers and lakes. They might also get a kick out of the colourful open-air market on Saturdays at Naviglio Grande’s Darsena dock.

Now it’s on to the museums. One of the badges of a great world city these days seems to be a great kids’ museum, and this one fits the bill. Located in the Rotonda della Besana, a late-18th-century onetime cemetery complex a 20-minute stroll from the iconic Duomo cathedral, the five-year-old Museo dei Bambini Milano is aimed especially at ages two to 11 but is engaging enough for young teens, too, with its multisensory games, exhibits, and activities designed to promote family play and fun learning amid the soaring columns and arches of a Baroque church, outside gardens, and interactive café.

Here’s another great-city badge is also usually a consummate kid-pleaser. Housed in an early-16th-century monastery and named after one of history’s most famous Italians – a scientist, architect, and inventor as well as iconic artist – it’s packed with both historical artifacts and tech related to da Vinci and other Italian scientists and inventors (check out the steam trains and 1960s submarine, which you can climb aboard) as well as plenty of cool stuff relating to aerospace, energy, biology, robotics, and more, with plenty of interactive opportunities. All curated in English as well as Italian. 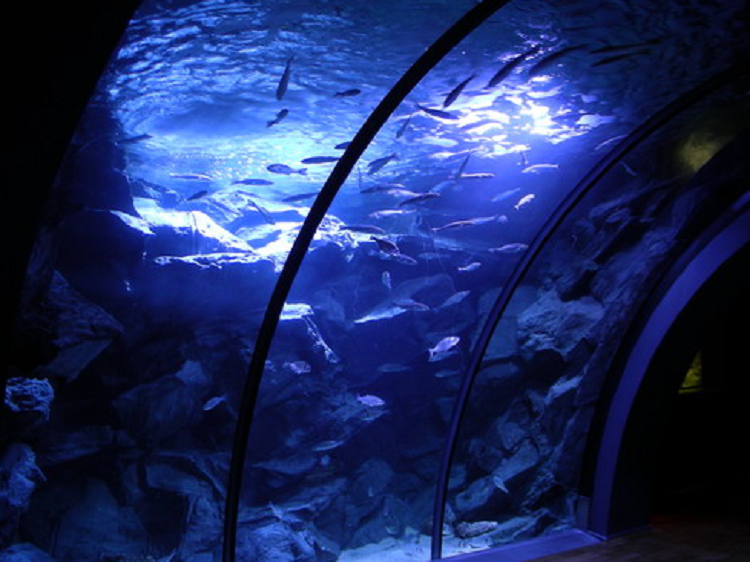 Europe’s third oldest aquarium, purpose built way back in 1906 on the edge of Sempione Park, – a pretty, nearly 39-hectare (95-acre) affair adjacent to the gardens of historic Sforza Castle – is small but nicely done, and renovated in 2006. It showcases more than a hundred kinds of sea life ranging from northern Italian to Amazonian species, spread between several dozen pools and tanks. And it’s a great deal, with regular admission at just five euros!

Now here’s a museum that’s fascinating for big people as well as little ones, housed in a late-19th-century neo-Romanesque/Gothic manse in the Indro Montanelli Gardens, a 20-minute stroll from both Sempione Park and the Duomo. The 181-year-old Museo Civico di Storia Naturale is divided into sections on rocks and minerals; humans and their environment; and other animals. Kid favourites tend to be (of course) the dinosaur bones, as well the dozens of dioramas depicting animals in their various natural habitats.

If your kids are a bit older, and into footy, they no doubt know all about two of Europe’s oldest top-tier powerhouse clubs, A.C. Milan and rival Inter Milan. They both share this, Italy’s largest football stadium (as well as one of Europe’s biggest, with a capacity of 75,923), officially known as Giuseppe Meazza Stadium. Actually, there are plans afoot to knock this down and build something even better right nearby, but in the meantime, this is still a pretty cool experience. Tours in English are offered year round (subject to change on game days, of course, during the football season, late August through late May) of the locker rooms, tunnels, field, and other areas, ending in a cool multi-media museum. And of course there’s the inevitable swag shop, split down the middle between A.C. Milan and Inter. Goooooal!

Finally, if you’re OK with heading out of town a bit, just a half hour northeast the whole family will have a blast with this theme park’s 40 rides (including Thomas the Tank Engine) as well as shows and various other attractions, such as Minitalia, a section of scale models of some 160 landmarks from different parts of Italy; an aquarium; a petting zoo;  cartoon characters; and much more.

More info in English about Milan for kids at Turismo.Milano.it.