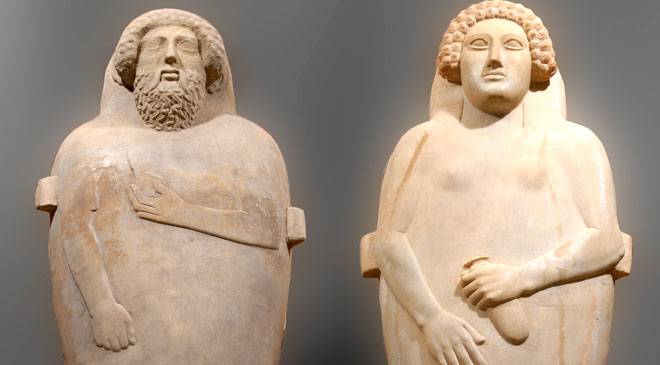 Ministry of Culture of Spain


Like much of Europe, the Iberia Peninsula was tread, colonised, and/or conquered by various cultures and civilisations before it coalesced into what became the modern countries of Spain and Portugal. One fascinating example, but of which all too little is known, is the ancient Phoenicians (aka the Canaanites of the Christian Bible), a Semitic people from the easternmost shores of the Mediterranean Sea, organised into city states like Byblos and Tyre – not unlike those of classical Greece – in the Levant (today’s Lebanon, along with northern Israel and southern Syria).

During their long and eventful run in history (reaching as far back as 2500 BCE and finally fading in the 1st century CE), the Phoenicians were hugely influential in and around the Mediterranean basin – for example, founding the mighty and legendary North African city of Carthage, rival to ancient Rome. And not long after that founding, they pushed that influence farther west still, trading in, settling, and shaping parts of Iberia from the Balearic Islands to the west of Andalusia, with forays as far as Lisbon and the Canary Islands. Here’s a quick look at Phoenician settlement in what is today Spain, and some of the tantalising remnants it left behind.

The main interest of the mostly family owned trading and manufacturing enterprises that drove this expansion was commodities such as fish, dyes (especially purple from Iberian molluscs), and textiles, but above all minerals like tin, iron, gold, and silver. In fact, the silver deposits the Phoenicians found in today’s Huelva province of Andalusia (the precursor to today’s Río Tinto mines) became a particularly big deal for them, and in some spots they left are remains of foundries, whose products were both traded with the local tribes of Iberians (with whom they apparently got along well) and shipped back to the Levant and North Africa. Notable southern cities and towns founded by Phoenicians (or their offshoot, the Carthaginians) include Alicante, Almuñécar, Cádiz, Cartagena, Eivissa (Ibiza), Málaga, and Rota.

The most important of them all is Cádiz, Europe’s oldest continuously occupied city. Founded on the island of Erytheia around 1104 BCE as Gadir (aka Agadir) by Phonicians from Tyre, it expanded into a significant port in the 7th century BCE; and controlled by the Carthaginians from the 5th century BCE until it fell to the Romans in 206 BCE. A major base for Hannibal‘s conquest of southern Iberia, it was known for its opulent temple of the god Melqart (where Hannibal offered sacrifices before heading off on his legendary expedition to invade Italy with elephants). Little from the city’s founding era remains, but it is possible to visit its Gadir Archeological Settlement under the local puppet theatre, Teatro de la Tia Norica, with the ruins of eight mud-and-clay houses and a salted-fish plant, organised around two paved streets (check out the perfectly preserved remains of a cat on one of them); alongside is a cool little interactive museum explaining the history. Speaking of museums, the Museo de Cádiz is a great collection of art and archaeology, the latter including various Phoenician relics, with star being a pair of Phoenician sarcophagi (top).

Farther east on the Costa del Sol in Málaga, yet another museum, the newish Ifergan Collection displays some impressive archaeological findings, including a hall dedicated to Phoenician Malaka. And driving east along the coast, you’ll find a trio of interesting necropolises, one in Algarrobo; another in Almuñécar (founded as Seks or Sexi), along with a sculpture monument to the Phoenicians erected in town several years ago; and the third about 2½ hours from Almuñécar in the Almería-province town Villaricos. 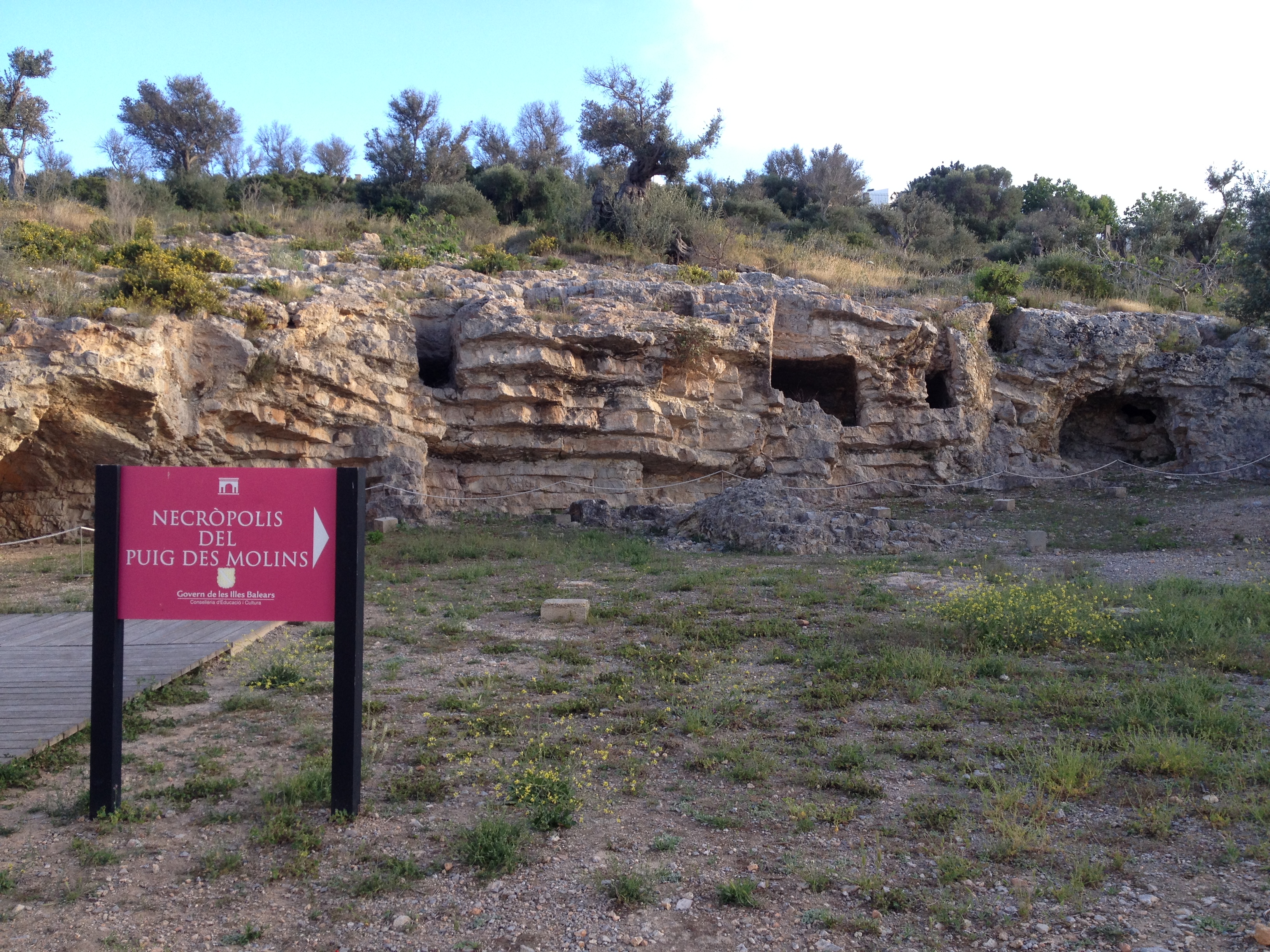 Moving northward to Ibiza, this may be one of Spain’s sun-and-fun party hubs today, but civilisation here dates back 2,673 years, when Phoenicians founded Ibossim, which was to become a major trading port. Exporting dyes, salt, wool, and garum (the popular fish sauce of the ancient Mediterranean world), it eventually came under Carthaginian control until it was incorporated into the Roman Empire in the 2nd century BCE. Remants of this centuries-long colonisation include El Puig des Molins, a wonderfully well preserved necropolis at the foot of the hilltop old quarter of Eivissa (Ibiza Town); alongside is a museum explaining the history and displaying Phoenician artifacts. And on a rocky headland about a few minutes drive west, Sa Caleta‘s collection of stone buildings is part of a UNESCO World Heritage Site. Over in the hills above the beautiful beaches of Cala de Sant Vincent on the northeast coast, you can pop into Es Cuieram Cave, back in the day a shrine dedicated to the goddess Tanit and site of hundreds of votive figures. And if you happen to be visiting the first week of September, try to be in Sant Antoni de Portmany up on the west coast, which stages an annual “Romans vs. Carthaginians” battle on its main beach, S’Arenal – though despite the period costumes, the feel is more whimsical than not, because the weapons of choice are rotten tomatoes, à la Valencia province’s Tomatina.

Finally, a rather more serious and elaborate Carthaginians and Romans Festival is held the last week of each September in Cartagena, province of Murcia, founded around 227 BCE as Qart Hadasht. Featuring various parades, performances, and re-eactments, it commemorates the Roman conquest of the town during the Second Punic War, barely two decades after its founding.
Related: 5 Top Spots to Explore the Ancient Roman Legacy of Spain