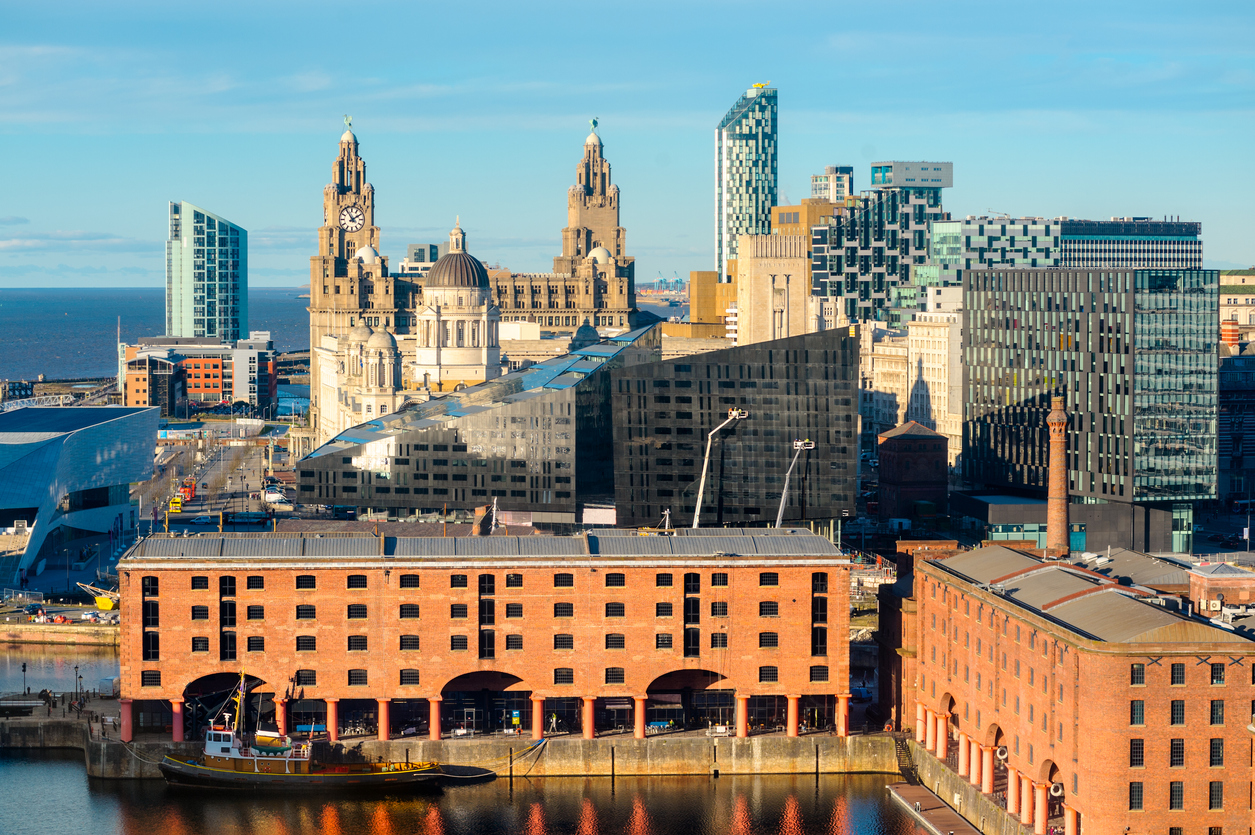 Up in northwest England – a 3½-hour drive from London and just 40 minutes from Manchester – Liverpool (pop. 495,000, greater metro area 2.2 million) was once the country’s second most important city but by the late 20th century had fallen on hard times. Yet today, though just England’s ninth-largest district, it’s known around the world and punches well above its weight in terms of, for example, culture, architecture (some of it a UNESCO World Heritage Site), and sport. And with a renaissance of sort making it even more dynamic and diverse in recent years and vaulting it beyond industrial dinginess, here’s why this great port on the Irish Sea and the Mersey River is well worth a visit.

I always wondered whence came the somewhat unusual-sounding name of this city founded in 1207 under King John (rather unflatteringly depicted in the Robin Hood legend and Shakespeare‘s eponymous play, among others), and it turns out to not from the organ but rather from the Old English lifer (thick or muddy water) and pōl (pool or creek). In any case, in the 18th and 19th centuries “Muddy Pool” morphed into quite the mighty commercial and cultural powerhouse thanks to international trade, and the site of numerous varied firsts, including the world’s first lending library, sewer system, financial derivatives, Britain’s oldest black community, Europe’s oldest Chinatown, and many more. All of this left Liverpool with an impressive legacy of historic architecture from the 16th-century Tudor period onward, and in particular concentrated along the waterfront, the core of  its Maritime Merchantile City UNESCO World Heritage Site (though new development in the area has been threatening this status for the past several years). 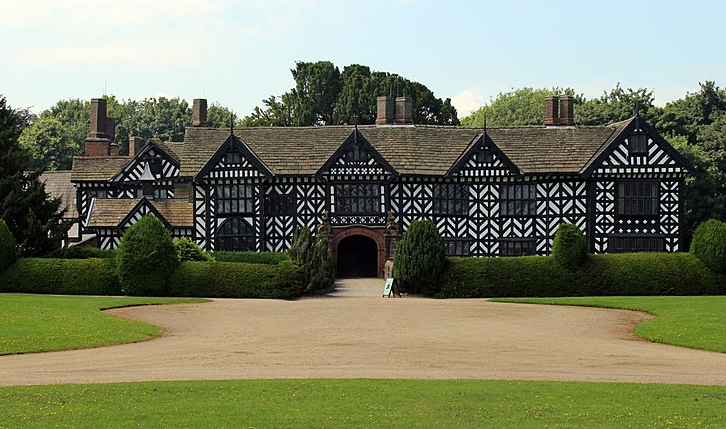 Top local landmarks include the Anglican Liverpool Cathedral, Britain’s largest church (whose Gothic Revival style makes it look old, but it was actually constructed between 1904 and 1978), including a soaring interior with some interesting modern artwork and an HD video detailing the cathedral’s history. From a bit further back in time (1854), the city’s most impressive civil architecture is generally reckoned to be the Neoclassical St. George’s Hall, now home to concert/events venues and law courts. Much older still, Speke Hall (above) is a handsome, half-timbred Tudor mansion and estate built by a Catholic family on the river a few minutes away from downtown, and incorporating “priest holes” for hiding Catholic clergymen sought during the years of persecution by the Protestant monarchy in the 16th and 17th centuries.

And as for that UNESCO site, the Maritime Merchantile City is comprised of a half dozen waterfront locations centred on the Pier Head, with the main docks and associated terminals dating from the beginning of the 20th century such as Europe’s first skyscraper, the iconic, 98-metre (322-foot) Royal Liver Building; nearby, the five warehouses and other facilities of the mid-19th-century Albert Dock are today home to a couple of hotels as well as the Tate Liverpool (a branch of course, of the famous London art museum), the Merseyside Maritime Museum (covering, as the name indicates, the city’s seafaring history and heritage), and The Beatles Story (the world’s largest permanent exhibition devoted to history’s most influential band).

Speaking of museums, this city has more of them than anywhere else in Britain except London, and other musts besides the above include the Museum of Liverpool (a slick, multimedia/interactive look at city history); the World Museum (the city’s oldest founded in 1853 and devoted to natural history, science, anthropology, and technology); and the International Slavery Museum (actually part of the Merseyside Maritime, it’s a sobering affair that’s located here because some of the trade that contributed to Liverpool’s greatness back in the day, shamefully, was in trafficking human chattel from Africa to the Americas).

And speaking of the Beatles, the Fab Four are just the most prominent star of a music scene that’s given rise to artists who’ve produced the most number-one hit singles of any city ever. It was here that the Quarrymen started out in the late 1950s, and you can take a Magical Mystery Tour to follow in their footsteps, covering Beatles landmarks such as the original Penny Lane (named after a prominent slave trader, by the way, and the “shelter in the middle of a roundabout” was turned into the Sgt. Pepper Bistro some years ago but stands derelict, having never actually opened); the childhood homes of John Lennon and Paul McCartney; St. Peter’s Church, where they met and where a certain Eleanor Rigby is buried; and the legendary Cavern Club (where they played more than 300 times and is presenting exciting music nightly); among others. Then there are shops like the Fab 4 Store and the Beatles Shop, and even a couple of themed hotels, the Hard Day’s Night Hotel and the three-unit Yellow Submarine “botel”. For an extra-super-duper dose, the annual International Beatleweek (in 2020, 26 August to 1 September) brings bands from 20 countries and fans from 40, along with a convention, speakers, video shows, and more.

In addition, the British Music Experience in the waterfront’s historic Cunard Building widens the scope to the whole of this country’s pop music since 1945 – also multimedia, interactive, and lots of fun.

History, music, sport, along with fantastic dining of all sorts. Liverpool is the complete package – a magical mystery tour, indeed!