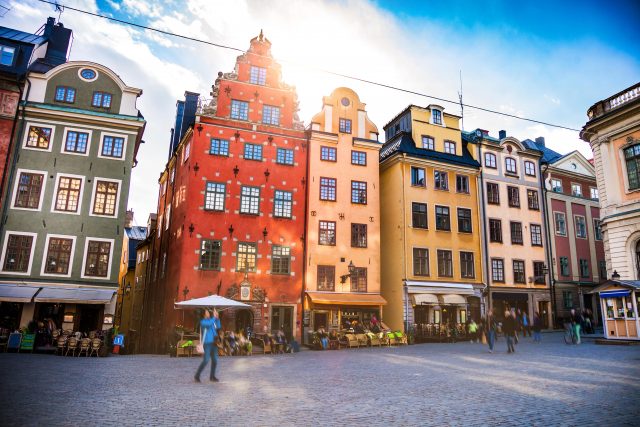 Even more than many destinations, Scandinavia blossoms in summer, its warm, lively days stretching into long, luminous evenings. And at the centre of its lovely archipelago, nowhere more so that Sweden‘s capital. A mix of traditional and modern, stately and avant garde, its streets and squares come alive as Stockholm‘s residents enthusiastically grasp with both hands their chance to enjoy the relatively brief Scandinavian summer. And the city offers visitors as well the chance to make the most of this blossoming as locals do, beyond the usual museums, landmarks, and other tourist sights. To whit: 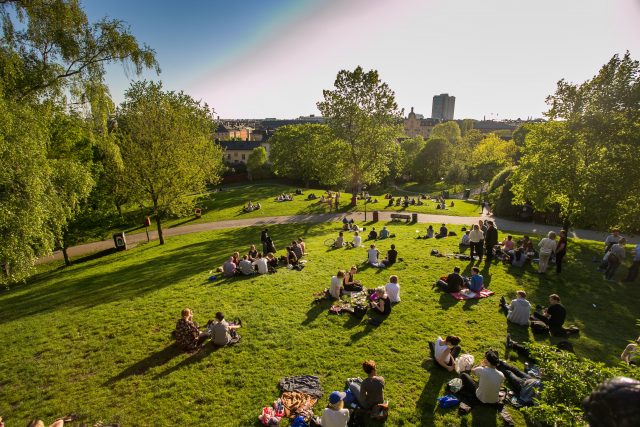 In the Morning: A Bit of Exercise, Even on Holiday

As they say, use it or lose it! Many of us like to stay at least somewhat active on holiday, as well as enjoy the outdoors and even try new things outside our routine lives. One of my two favourites is one of the archipelago’s many islands, Långholmen, an eleven-minute ferry ride from Stockholm’s old quarter, Gamla Stan, where from May through September you can rent a kayak to paddle around the calm waters off its leafy shores with great views back toward the old town. A swath of those shores is given over the the Långholmsbadet, a sandy beach quite popular with locals this time of year. The charming wooden buildings out here include spots like the 17th-century Stora Henriksvik, with a charming café, and the late-17th-century Mälarvarvet (Mälaren Yard), one of Stockholm’s oldest shipyards. It’s a delight to stroll and bike through the bosky woods, but ironically, centuries ago this lush green island was once rocky and barren, and was used until 1974 as a prison – which these days is a popular hostel and includes a prison museum.

The other is Brunnsviksbadet, a half hour train ride north of Gamla Stan, in the university area of Frescati Hage. This urban beach is another very popular cooling-off spot for Stockholmers, located within the sprawling Ekoparken (Royal National City Park) park. A true treat!

In the Afternoon: Picnic With a View


A 25-minute train ride south of Gamla Stan, on the city’s central, highly developed  Södermalm island, Vita Bergen (aka Vitabergsparken) is a hilly park built in 1897 as a recreation area for factory workers and today is a beloved picnic spot. In addition, you can wander amidst a number of period buildings; maybe catch a performance at the open-air theatre; and enjoy great views out over the city thanks to the park’s relatively elevated terrain. 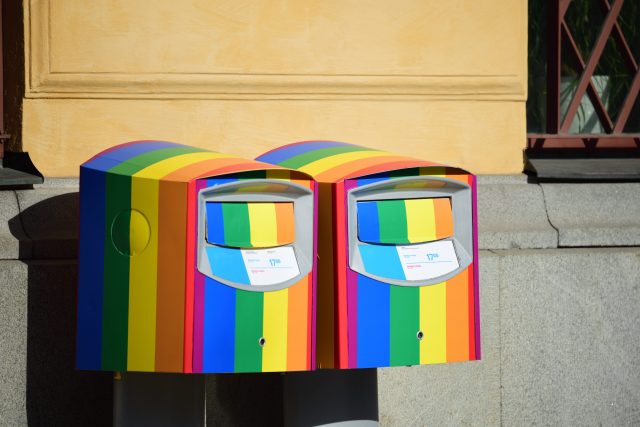 After the sun goes down, Södermalm is also known for its lively bar scene and Stureplan for its big clubs showcasing some of Europe’s hottest DJs. But in summer locals also flock in the evenings and nights to the various festivals that take full advantage of the warm weather. My top three:

Attended by hundreds of thousands gay and straight alike, Sweden’s (and indeed, Scandinavia’s) biggest annual party is its celebration of LGBT pride (this year marking the 50th anniversary of the moment that started it all, New York City‘s Stonewall Riots). There’s a big, colourful parade, of course, as well as a slew of late-night club parties, along with its ground zero, Pride Park, which takes over Östermalms IP (a 25-minute train ride north of Gamla Stan) for a rich programme of performances, food and drink, and general merriment.

We at Love2Fly have a weakness for movies (along with film-location travel – including right here in Stockholm), and it seems many Stockholmers are big film buffs as well, judging from the popularity of this three-festival extravaganza of celulloid, now in its 29th year. The summertime edition, focussing on recent and past classics, is an open-air affair held in beautiful Rålambshovs Park, in the Marieberg neighbourhood of central Stockholm’s Kungsholmen island. It’s lights, camera, action at 9 PM, with flicks this year including Pulp Fiction; Crouching Tiger, Hidden Dragon; Darjeeling Limited; Winter’s Bone; and Call Me By Your Name.

A celebration of electronica held in the club space Slakthuset, a onetime abbatoir in the meatpacking district just south of central Stockholm, is in its third year with its creative mix of traditional and futuristic, including jazz and house but also the more exotic likes of  “shamanistic Turkish folk-techno” and “futuristic R&B.” Certainly not your average Swedish musical meatballs…