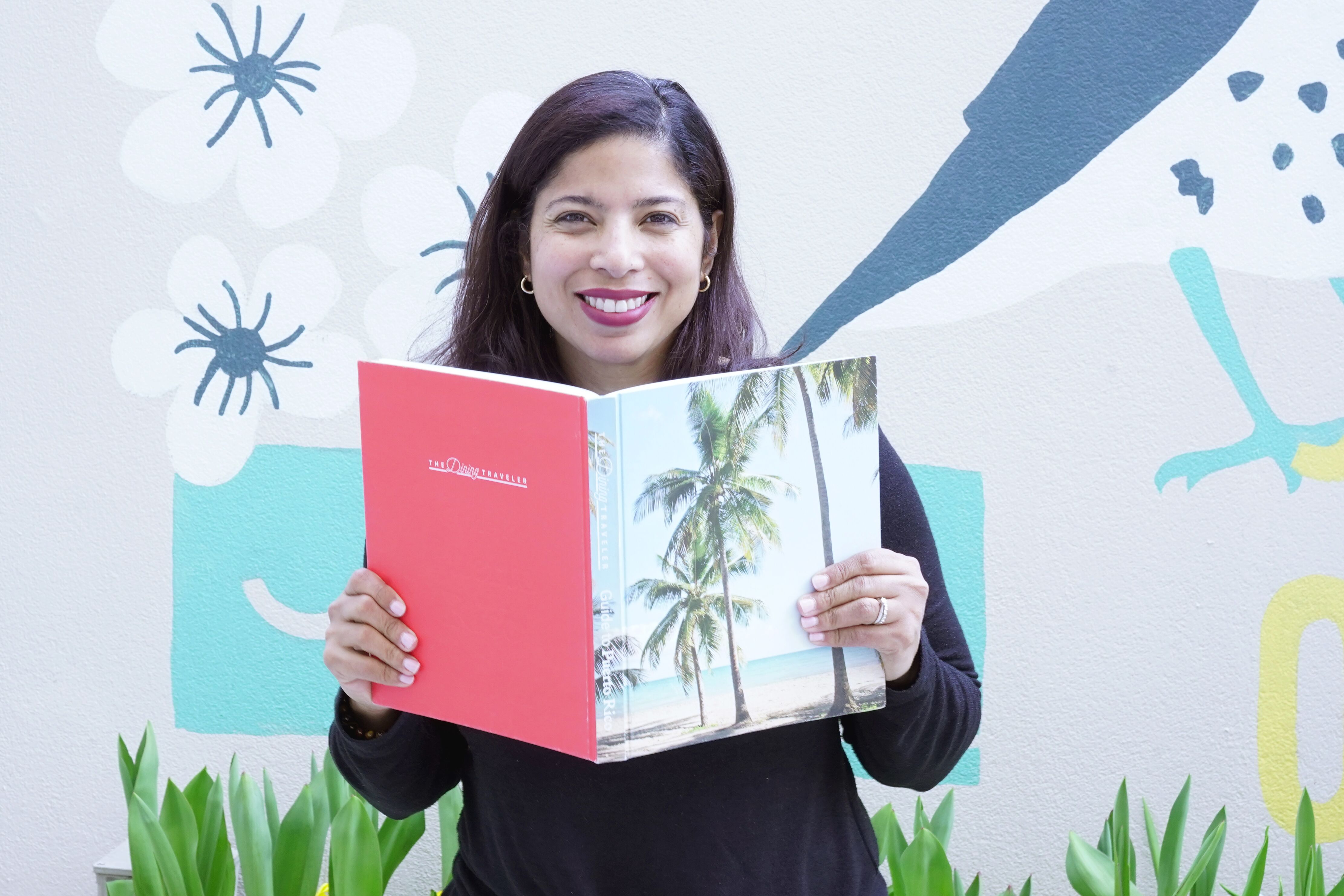 Many are the guidebooks that have been written about this tropical Latin Caribbean island, but few by Puerto Ricans themselves, and even fewer which focus on its delicious and sometimes exotic cuisine, fed by fresh local ingredients. Three years ago, now 40-year-old writer (and U.S. Marine reservist!) Jessica van Dop DeJesús (the “van Dop” courtesy of her Dutch husband) set out to remedy that by spending a month touring her native island with skilled photographer friend Ítalo Morales to capture candid scenes the land, its people, and its foods, to produce The Dining Traveler Guide to Puerto Rico, funded with the help of a Kickstarter campaign and support from her fellow Marines. And as I found out from a recent media sneak peak in Miami, quite a tasty package it is!

Born in the small town of Guayama, on Puerto Rico‘s south coast an hour and twenty minutes nearly straight down from San Juan, then largely growing up in Rochester, New York and these days living in Washington DC, van Dop decided to write a travel guide after being often asked for her  recommendations in Borínquen (another name for Puerto Rico) by friends and acquaintances. But she didn’t want it to be yet  another of the many guides already out there, and so decided to concentrate on food and on photographs to convey the essence of her home island – its places and people as much as its culinary side. 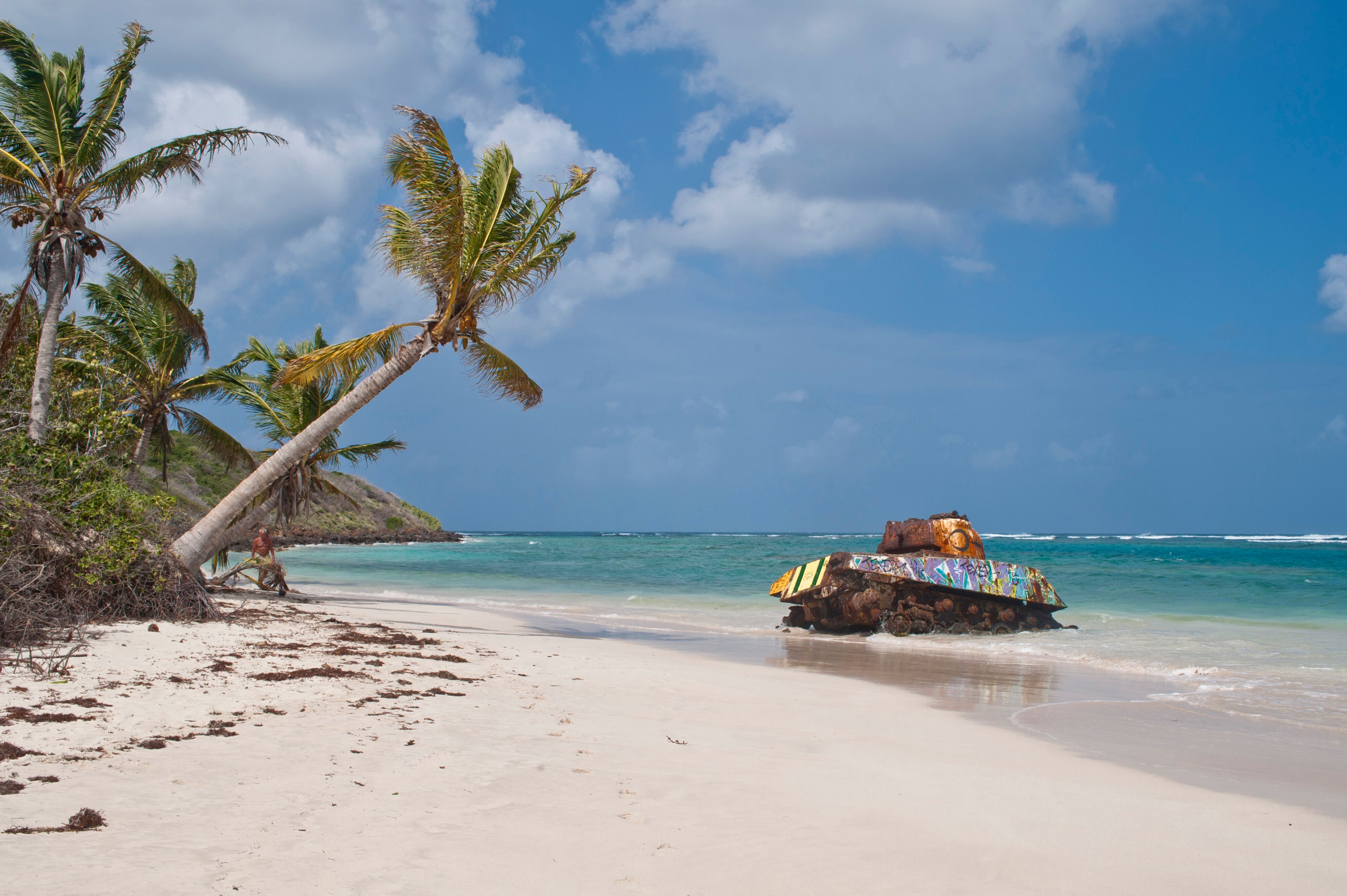 So at the beginning of 2016 she spent a month touring and gathering material, but more than a year and a half later, as she was about to submit the manuscript to her editor, Hurricane Maria devastated the island  and she felt she had to return, both to help out and gather yet more fresh, updated material. 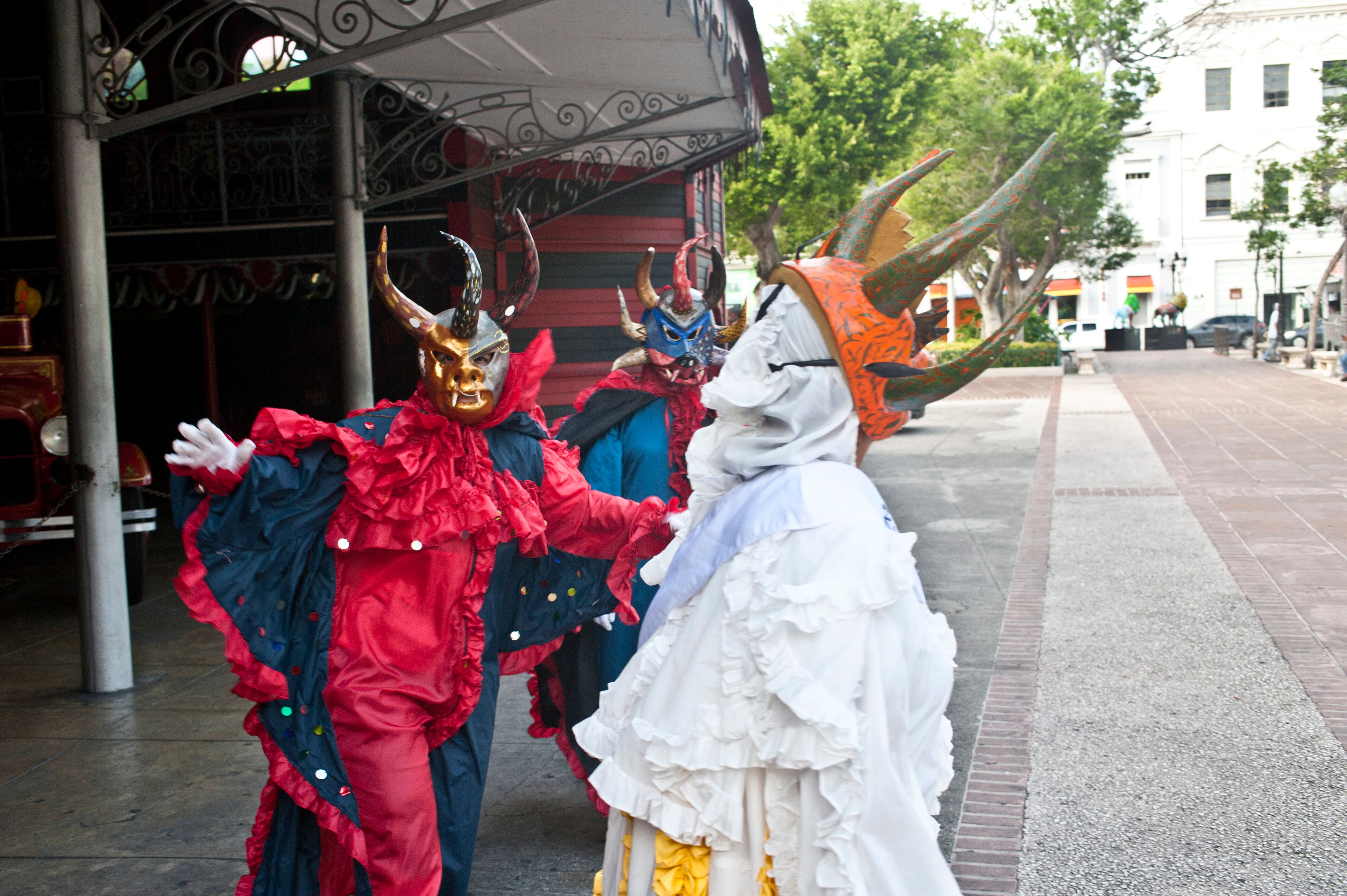 The final result is a gorgeous 200 pages divided into regions – north, south, east, west, centre, San Juan, and the islands of Vieques and Culebra – and describing the essence of each, along with its key experiences (especially beaching, culture vulturing, ecotouristing, and agritouristing, such as in Yauco, the town of coffee, part of the coffee-plantation route) and of course also the dishes, eateries, produce/food markets, and chinchorros (roadside stands). It’s all liberally salted with interviews of key locals and prominent off-island Puerto Ricans, as well as the likes of José Andrés, the US-based Spanish celebrity chef who was one of the first chefs to arrive in Puerto Rico after Maria, providing more than three million meals to people in need via his non-profit organization World Central Kitchen. 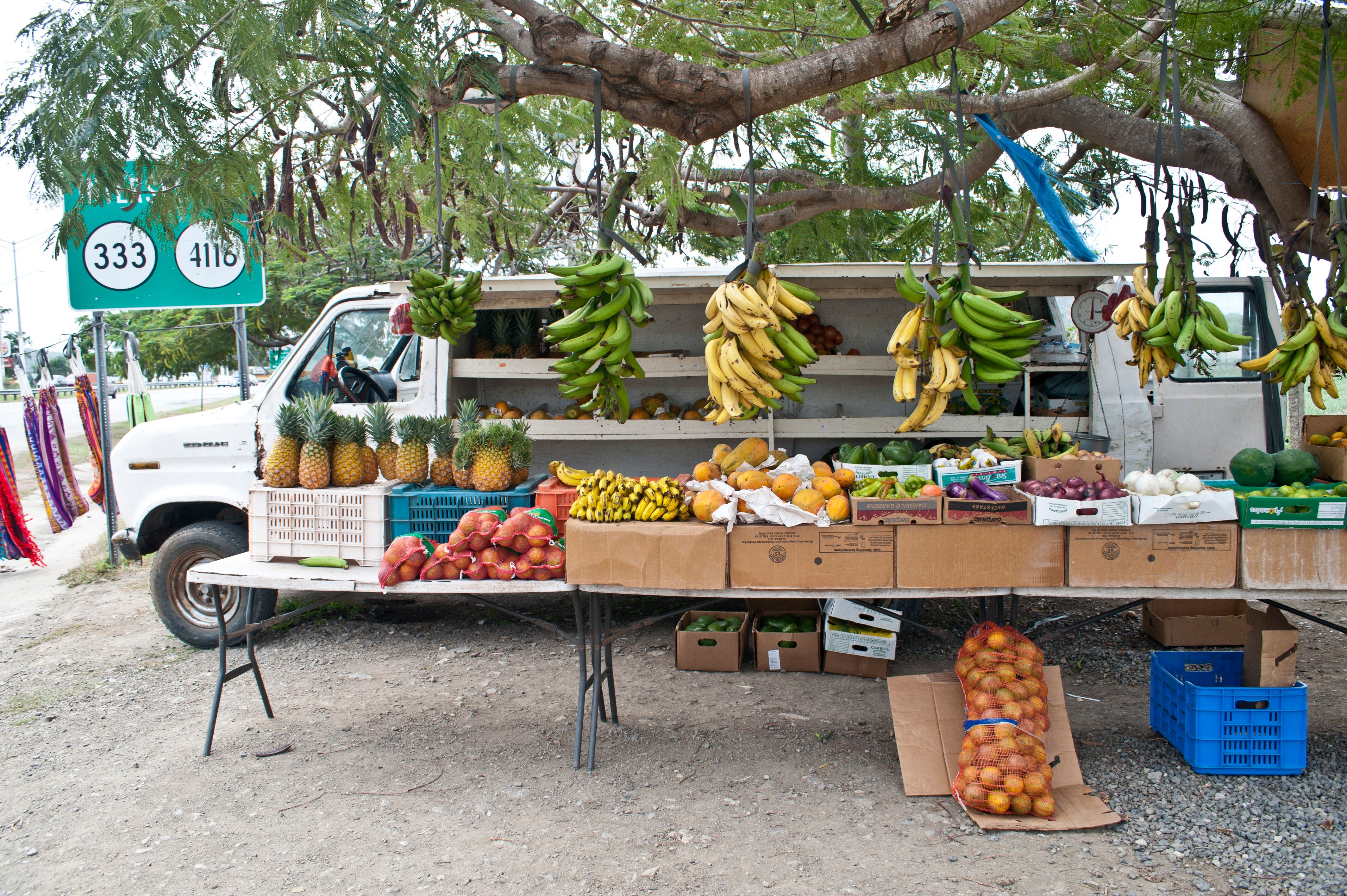 And on every page, the reader is treated to a colouful cavalcade of images ranging from grand down to the telling small details that bring this lush island, its, people, and its foods  to mouthwatering life. Some of my favourites include the two-page spread of Culebra’s paradisiacal Flamenco Beach with a colourfully graffittied tank awash in the surf (this infamously used to have a US Navy training facility from 1941 until 2003); masked Carnaval revellers in Puerto Rico’s second largest city, Ponce; a Vieques shot of the huge, exotic, primordial-looking roots of a ceiba (silkfloss) tree; and a benevolent looking elderly lady holding a rooster on Culebra. 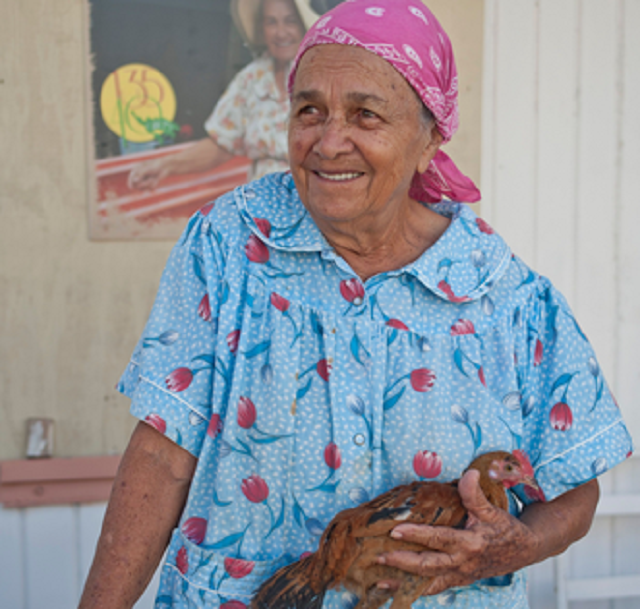 Just three examples of culinary must-tries, according to Jessica, are lechón asado, roast suckling pig with buttery-soft meat and crispy skin; Mallorca sandwiches (ham, cheese, and egg on a sweet roll); and frituras (fried street food) such as alcapurrias, plantain fritters stuffed with ground beef or crab. And of course she recommends dining spots all along the way, as well – including some finds you’re unlikely to spot in most standard travel guides. 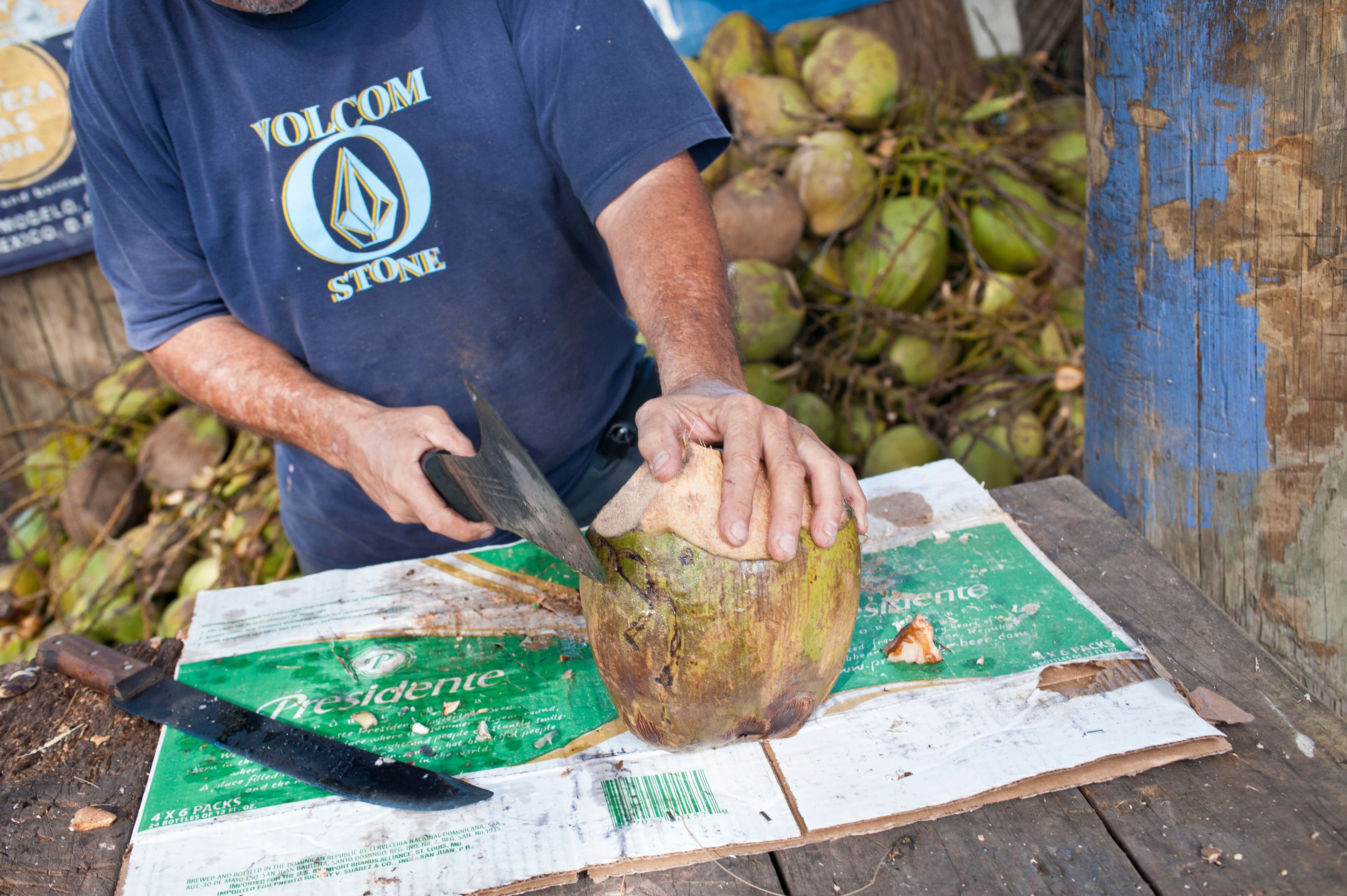 In other words, a tasty labour of inspired by, rooted in, and providing unique insight to 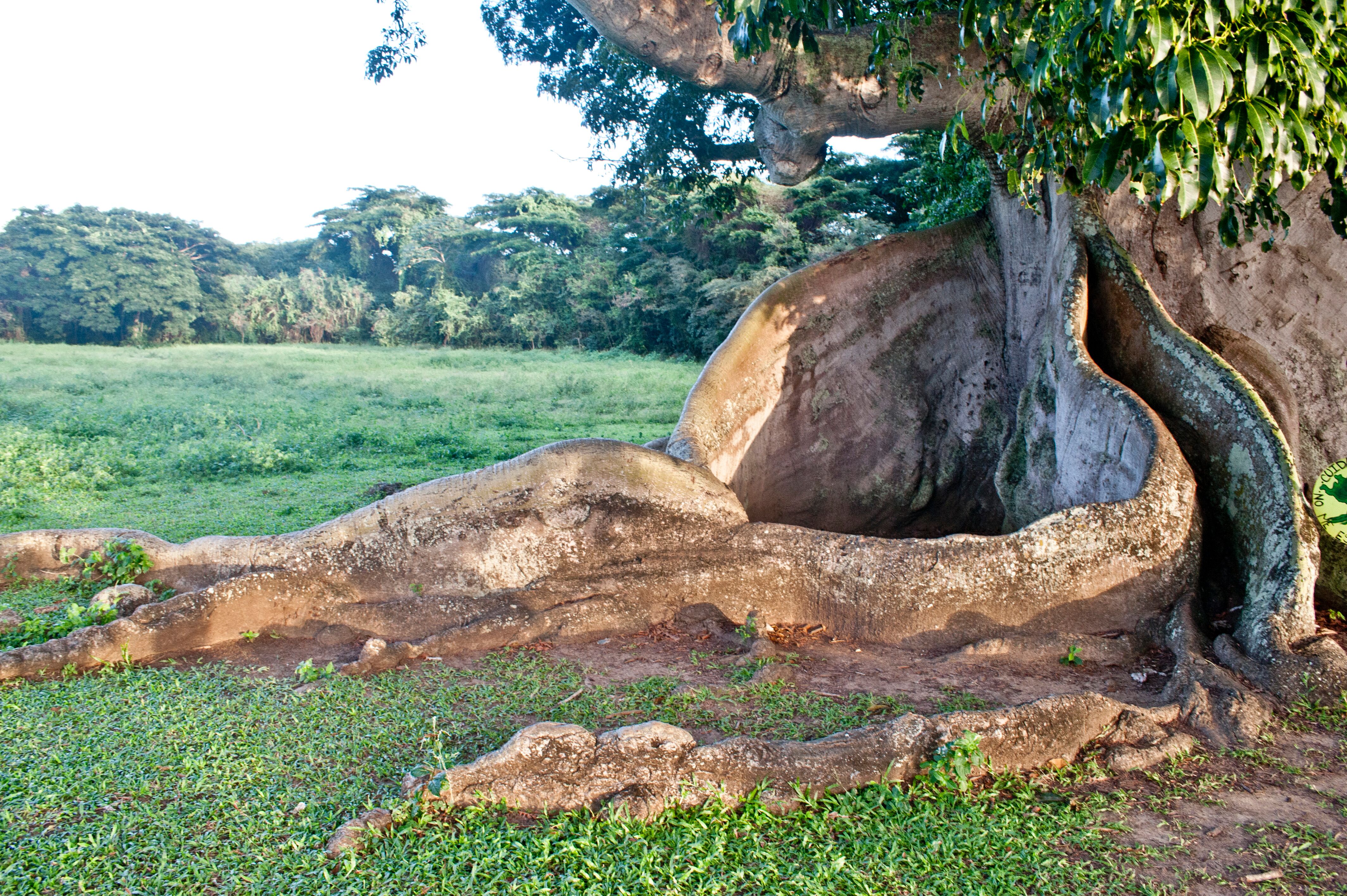