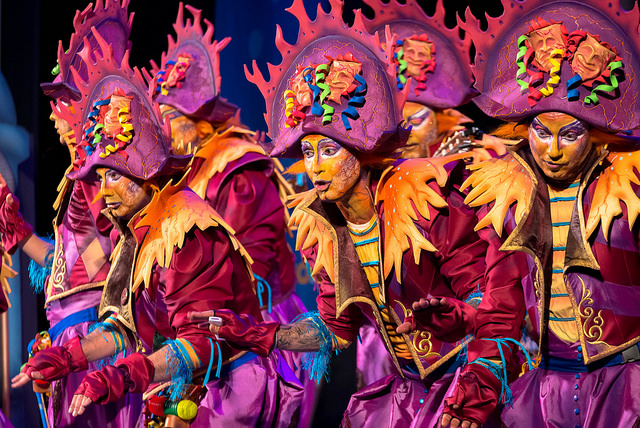 The pre-Lenten season is upon us once again, and although the Carnaval in Rio de Janeiro is the most famous, many other fun, fantastic examples abound across the Americas and Europe – including, of course, right here in Spain. Allow me to introduce you to three festive examples!

As its typically grey, rainy winter starts waning, locals are primed for some celebrating, and nowhere more so than in the province of Ourense, where the capital city as well as a pair of outlying towns hold an annual Carnaval (here known as the Entroido) that are traditional, fun, and very special, when regular life comes to a halt as parades and partying fill the streets this week and early next week.

Laza is a town of barely 1,300 inhabitants, while Verín (pop. 14,000) is Galicia’s southernmost town, and both are about an hour’s drive south the city of Ourense. Each has its own particular flavour, with colourful characters roaming the streets to the sheers of onlookers – peliqueiros in Laza and cigarróns in Verín, featuring painted wooden masks and elaborate costumes (sometimes weighing up to 25 kilos/55 pounds), and carrying wooden sticks with which they swat some of those onlookers. An extra twist in Laza is a bunch of characters dressed as scientists, whose mission is to throw dirt and giant angry ants at anyone in their way, while spectators in addition dump flour on each other.

Top highlights in Verín include the grand Sunday parade, the Monday fariñada (essentially another flour-flinging free-for-all), and “Midwives’ Thursday”, in which women of the town dress up, go dinner, and at midnight gather to hear the Entroido proclamations and receive the festivities’ retinues. 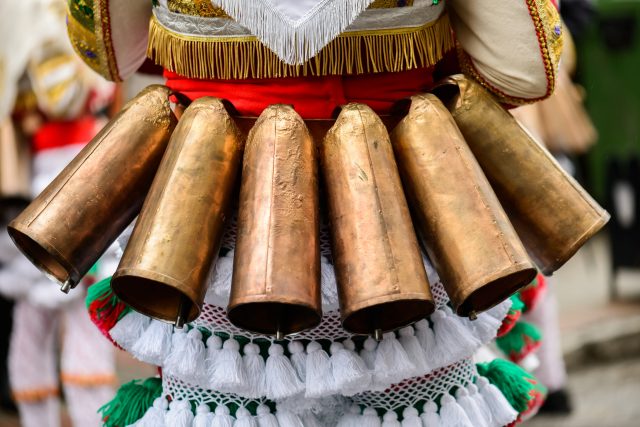 Down in Spain’s sunnier south, most cities and towns hold their own celebrations, but the most rip-roaring and iconic are to be found in Cádiz and Huelva.

The former in particular has garnered fame even beyond Spain’s borders, its Carnaval dating back to at least the late 16th century and featuring roaming, performing Carnaval groups, known as chirigotas, comparsas, and coros, with special emphasis on satirising current events and personalities (obviously you need to know Spanish to appreciate this fully, but the spectacle is still entrancing).

Three hours up the Atlantic coast, Huelva’s Carnaval Colombino also dates back centuries but was suspended as of the Spanish Civil War of the 1930s and reinstated in 1983. Here in addition to the street celebrations the main events are the presentation of the official Carnaval poster and an elaborate theatre competition among musical groups.

Finally, we hop out into the Atlantic Ocean to Tenerife and Gran Canaria. The main star out here is Tenerife, which has been garnering a good deal of international reknown, and is different to many of the others in Spain because of the “Caribbean” feel imparted by the songs, dances, and elaborate costumes in the streets of Santa Cruz which wouldn’t be out of place in Rio de Janeiro. With festivities stretching more than a month, from 1 February to 10 March, highlights include the election of the Carnival Queen, a huge parade on 5 March, and the closing day’s “Burial of the Sardine” (actually the burning of a huge sardine figure of wood/papier-mâché).

But not far behind, the good folks of Las Palmas de Gran Canaria and their neighbours from across the island put on a rollicking show as well from 15 February to 10 March centred around Las Canteras Beach and Catalina Park, with a similar flavour and events as Tenerife’s (in fact, the theme here this year is “One Night in Rio”), but the added twist of a plethora of drag queens and other daring, borderline scandalous goings on.

North, south, or out in the ocean – there’s plenty of great partying going on in Spain this week!