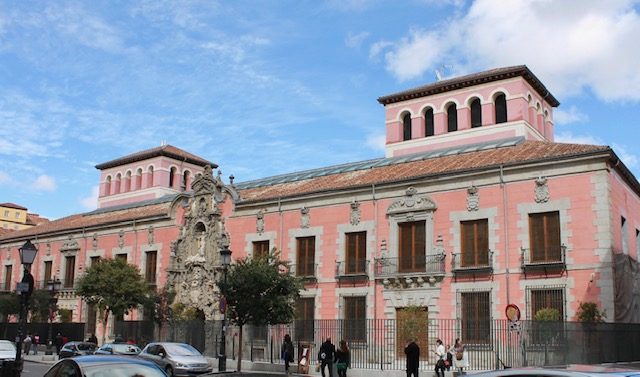 What with all the fabulous museums in Spain‘s capital, a smaller gem that often escapes notice – at least for first-time visitors – is housed in a handsome Baroque building, the mid-17th-century onetime Royal Hospice of San Fernando, catering to the indigent sick on Calle Fuencarral in the Malasaña neighbourhood, several blocks north of downtown’s main drag, the Gran Via. The three-level – and free-of-charge – Museo de la Historia de Madrid was founded in 1929, was closed 1954-1978 for renovation and again 2007-2014. Today’s modernised version, run by the city, presents a fascinating amble through nearly four centuries of the life and times of this remarkable city, from its establishment as capital city in 1561 through the early 20th century. 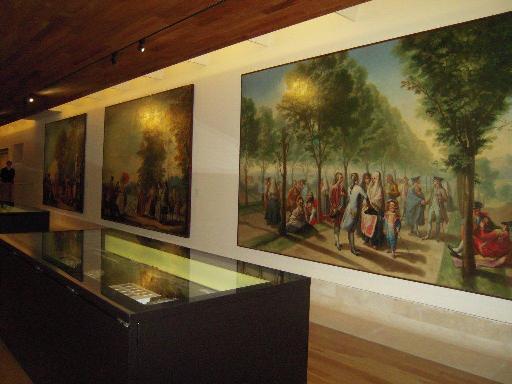 You enter through a courtyard which usually hosts temporary exhibitions – this year through 11 November it’s been “Plaza Mayor – A Portrait and Mask of Madrid”, marking this iconic square’s 400th anniversary and including some photographs during both war and piece – particularly from the 20th century – which I found truly remarkable. Not just burning of “heretics” (which I already knew) but at other various points bullfights, streetcars, fountains – a real eye-opener! 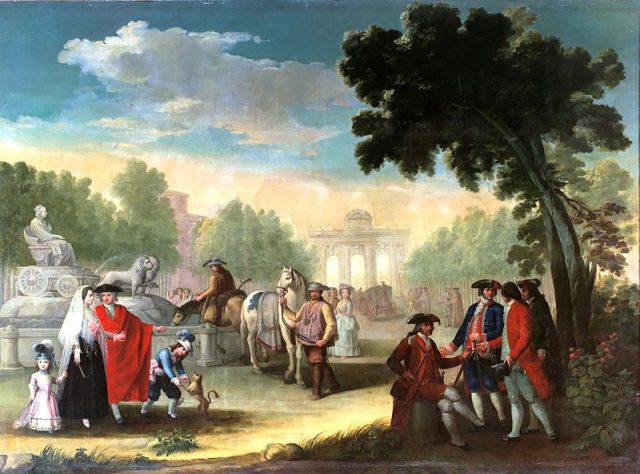 Inside, the museum’s 14 rooms are divided into three broad sections:

“City, Court, and Capital of Two Worlds”, which covers Madrid’s origins through the 17th century.

“Centre of Enlightenment Power”, about the 18th century through the Peninsular War with the Napoleonic empire (1808-1814), including the advent of the Bourbon dynasty in 1700 and the myriad changes in governments and sometimes traumatic events of the period.

“The Dream of a New City”, recounting the rest of the 19th century up until World War I. 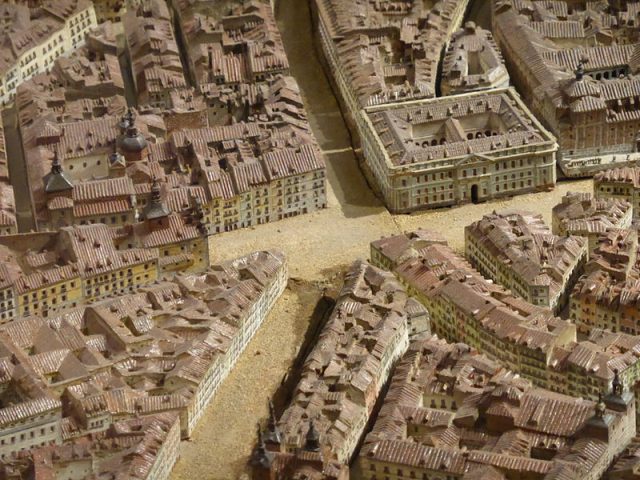 Along the way we’re treated to a fascinating timeline that sure taught me a lot I didn’t know about the history of Spain’s grand capital, including the role of women, the working class (so often underplayed in history museums), the cultural scene, and much more. Highlights include period artifacts and paintings (some of them quite distinguished, from some of Spain’s great artists, such as Francisco Goya), and beginning in the 19th century, old photos of Madrid people and places (I’m a sucker for vintage photos). Then, to cap things off, in the basement we found a huge maqueta (diorama) of the city centre, accompanied by a film detailing each street and landmarks past and present.

Depending on how in depth you want to go, a visit can take as little as an hour or as long as several. Either way, it’s bound to give you some welcome context for your explorations of this amazing city!