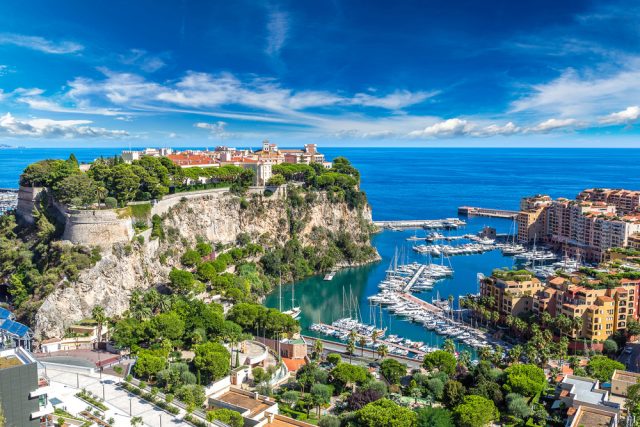 Few are the names that so reek of true Olde Worlde glamour; money both old and new; and self-conscious “class” than Monaco, aka Monte Carlo. The second smallest state in the world after the Vatican and the world’s most densely populated – just over two square kilometres (¾ of a sq. mile) –  this principality a half-hour bus ride from Nice along a lovely stretch of the Côte d’Azur has a population of just over 38,000, but more than 30 percent of them are millionaires, perhaps the world’s single highest concentration. Once part of the Italian Republic of Genoa (the local dialect, Monégasque, is closer to Italian than French), the territory was seized by the first of the Grimaldi dynasty, Francesco Grimaldi, in 1297, and it’s remained all in the family ever since. For this mere hoi polloi, it made a fascinating day trip on my recent visit to Nice. 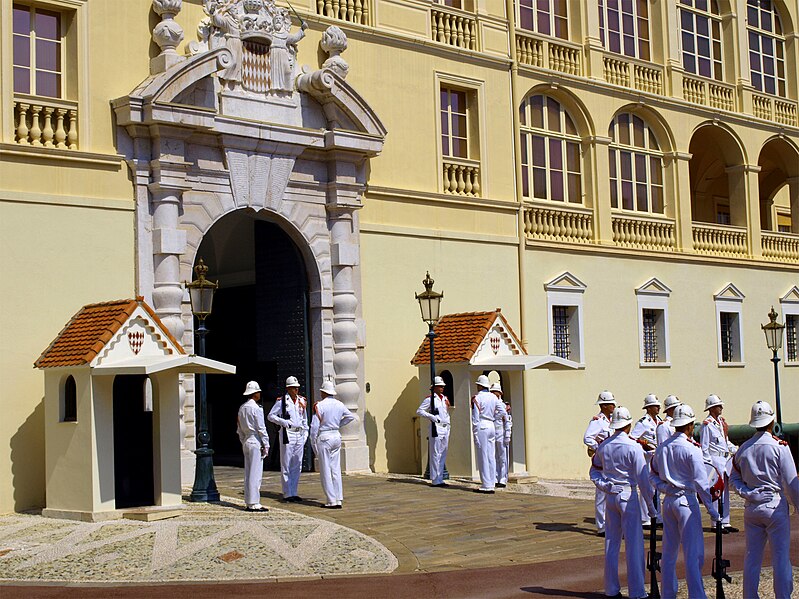 The 100 public bus (just 1.50 euros!) from Nice’s boat harbour leaves you at Monaco’s unremarkable Place d’Armes, from which you climb the shallow steps up Le Rocher hill to the old town, arriving at the Place du Palais. The palace in question is the Palais Princier, fairly modest as royal abodes go, its entrance “guarded” by a small squad of chaps tarted up in white in summer and black in winter (in white at least, they remind me a bit of Bahamian traffic cops); you can witness the changing of the guard daily at noon. Presided over by the ruling Grimaldi prince and princess Albert and Charlene (a former South African swimming champion), most of it is of course off limits to the public, but the throne room and other opulent state rooms are, and quite well explained by an audio tour.

You can buy tickets for the palace at a big shop right on the square out front, as well as for the red doubledecker Monaco Le Gran Tour busses leaving right across the square, which provides a hop-on/hop-off tour of the principality’s highlights. And touristy as it is, after a pleasant al fresco lunch on Rue Comte Félix Gastaldi across from the palace, that’s just what we did, because it makes taking it all in quite easy, leaving the option to get off at or go back to revisit particularly interesting attractions. 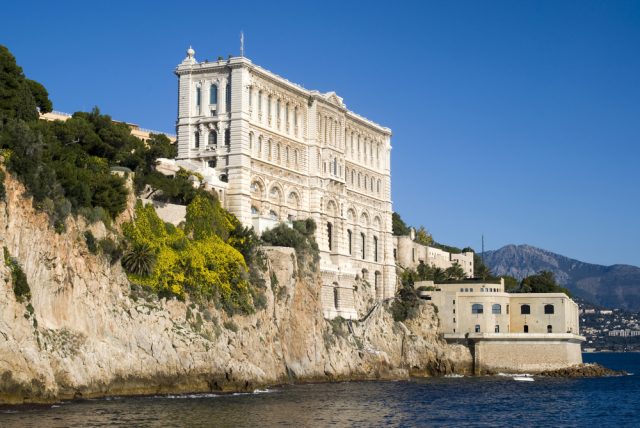 The bus passes the Romanesque-Revival Cathedral of Our Lady of the Immaculate Conception (finished at the beginning of the 20th century); the Baroque-Revival Oceanographic Museum (a great wedge built in 1911 on a huge cliffside rock during the reign of a prince who was an amateur oceanographer, with various exhibits of marine life and maritime paraphernalia); the yacht harbour and nearby posh shopping of La Condamine district; and the Collection de Voitures de S.A.S. le Prince de Monaco (featuring the hundred-car collection of Prince Rainier, ranging from a 1903 De Dion Bouton to a 2013 Lotus F1 and including many cars which have competed in the reknowned Monaco Grand Prix and the Monte-Carlo Rally). 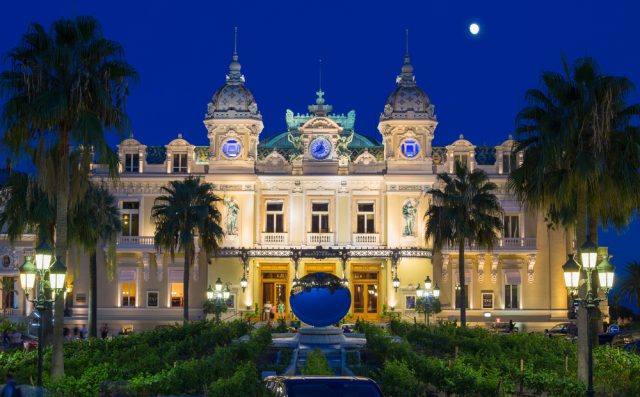 Then finally our big red bus arrived at Monaco’s other main attraction, the Casino de Monte-Carlo (Monte Carlo is actually the name of the district occupying the middle of Monaco), and here we did alight, to see what all the fuss is about. With Maseratis, Lamberghinis, Alfa-Romeos, Rolls-Royces, and other ritzy rides parked out front, the casino allows us riffraff to freely roam its lobby, and for ten euros even gain access to its less exclusive outer gaming room. Dripping with gilt and fancy frippery, the space at that time was also hosting an installation in the form of a maze lined with larger-than-life playing cards, some with cutouts for cutesy selfies. 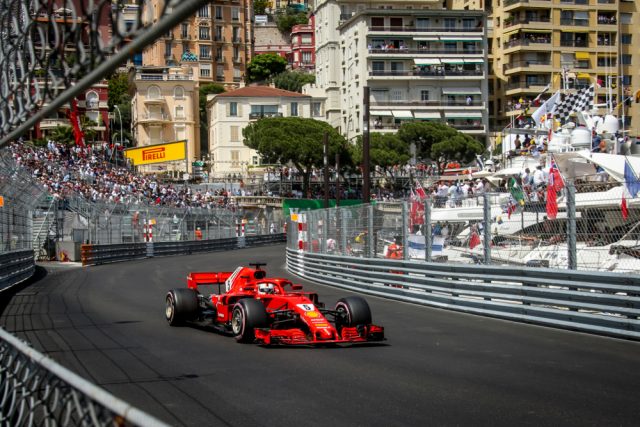 Going back to the subject of high-performance autos for a moment, the aforementioned Grand Prix (above, one of the triple crown events of world motor sport, next held 23-29 May 2019) and Rally (24-27 January 2019) have become world famous, but an already crowded principality becomes packed to bursting during these events, so only hardcore racing enthusiasts will want to brave them.

Obviously, there’s so much going on here under the surface – a lot of shady tax-haven and even Russian and Italian mafia doings. But what casual visitors get to see and do is pretty cool and impressive. So all in all, it was a splendid day – we got to sleep lateish, get a lovely ride along the coast, have a nice lunch plus a taste of a legendary principality, and get back to Nice in time for dinner. Pas mal du tout!