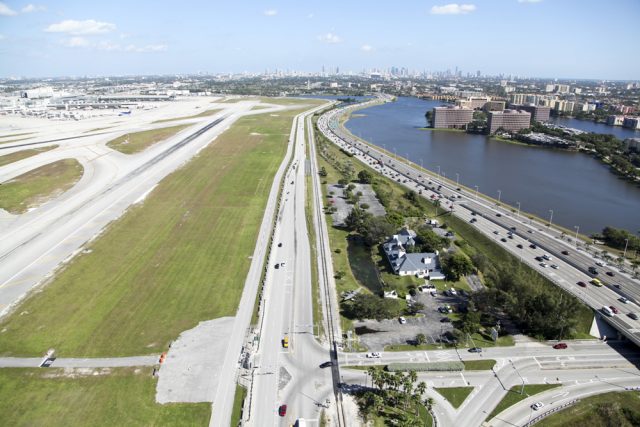 For visitors to South Florida and even plenty who’ve never been here, the many lures of Miami Beach and mainland Miami have become familiar – the Deco District and the historic Vizcaya estate, to name just two. But especially if you’re a history and especially aviation buff, there’s a mainland Miami spot you’ll be especially interested in: a unique restaurant called 94th Aero Squadron – let me explain why.

Named after the second oldest still active fighter squadron in the United States military (dating back to World War I), this eatery was founded in 1975 and is housed in a building built in the style of a farmhouse in Normandy, France and filled inside and out with artifacts and memorabilia reflecting the First World War. 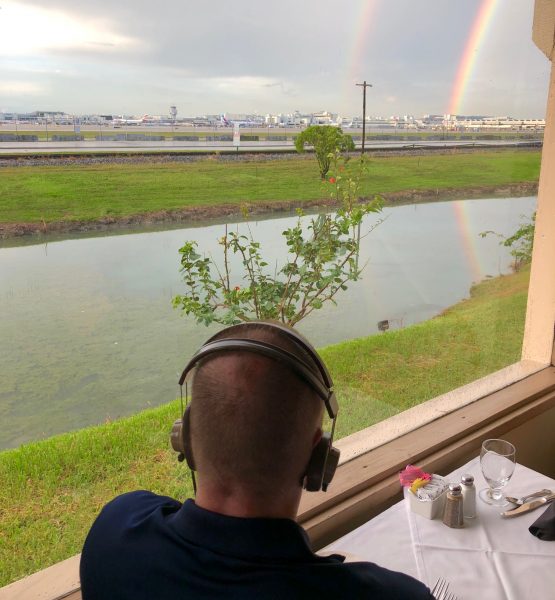 But interesting as that may be, what really seals the deal especially for aviation geeks is its location: right alongside the main runway of Miami International Airport. Huge picture windows provide a front-row seat (and visibility from all tables) to the constant takeoffs and landings of some 80 airlines that service MIA. And furthermore, all tables come with a set of headphones through which diners can listen in on transmissions from the airport’s traffic-control tower – completing the aviation geek experience in a unique way indeed.

The menu is high-quality, middle-of-the-road American/Continental, including the likes of prime rib,  filet mignon, shrimp scampi, and broiled salmon, with the addition of sandwiches and salads at lunch (oh, and the beer cheese soup is a signature). Beyond all that, there’s a Champagne brunch buffet on Sundays, a children’s menu, and a solid international wine list. A live band plays Latin music in the evening Thursdays through Sundays.

I take out-of-town guests here a fair bit. Because good food, nice ambiance, and a front-row seat to a busy airport – what’s not to like?

(And by the way, there are two other 94th Aero Squadrons, out in California – one in San Diego and another in Van Nuys, a half hour or so north of Los Angeles.