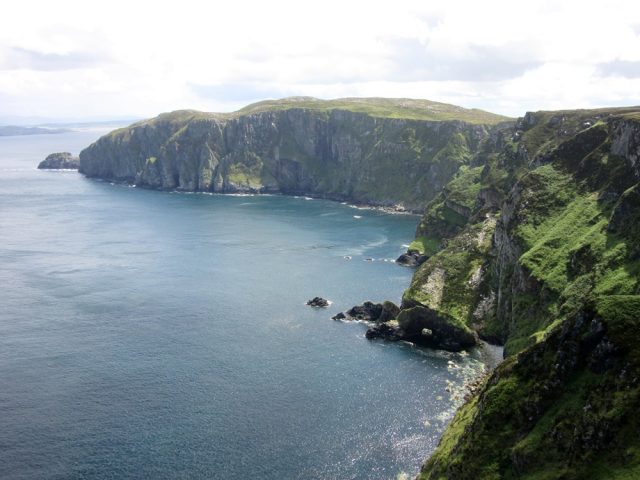 No wonder Ireland is also dubbed the Emerald Isle. From the air, it seems as if a precious stone cleft from Europe had traveled adrift until it dropped anchor in the ocean – an anchor made not of iron, but of sheer rock that soars from the surface and sinks to form the foundations of this magical island where druids, legends, fairies and myths roam at ease in the popular imagination.

Eire is, without a doubt, a gift from Mother Nature. A gift to the traveler, certainly, with its charming inhabitants and almost 1,500 km (930 miles) of wild coast – especially the Atlantic coast, where wild cliffs abound. Let’s visit together three of the best: 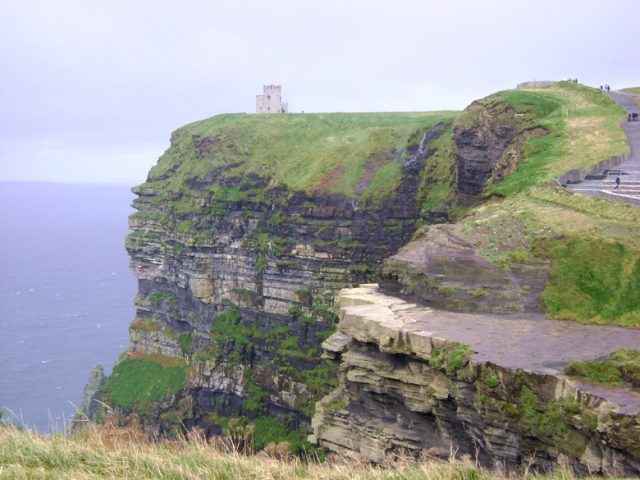 Officially the biggest tourist attraction in all of Ireland, they’re located about 270 km (168 miles) west of Dublin and receive millions of tourists every year. Soaring between 120 and 214 meters (390 to 700 feet) above the sea and about 8 km (5 miles) in length, Moher‘s vertical walls look like a giant stone accordion, with its green crests at the top and the sea crashing into the base, as if wanting to break them down.

These aren’t Ireland’s tallest cliffs, but they’re the quite arguably the most picturesque. For good measure, they even throw in ancient coastal-defense towers that add to the picture-postcard landscape (such is their impact that this blog ran a post some time ago about just these cliffs).

Although access to the edge of the cliffs is currently restricted, it used to be possible to go right up. On windy days (most, hereabouts), it was a spectacular sensation to lie down and crawl up to the very edge, poking your head out beyond the rocky platform. The air would slap your face as the roar of the sea pummeled your eardrums and birds flew overhead from one cliff to another, searching for their nest among so many identical ones. But even today, the impact is still impressive.

Past the area near the visitor centre, there’s no more fence, leaving you free to explore the pastures and the cliffs of Moher. You should definitely get to the watchtower at the southern end, as few people go and you can enjoy the breathtaking views alone. At the visitor centre, you can learn about the geology of the cliffs and grab a drink or a bite. Admission is €6. 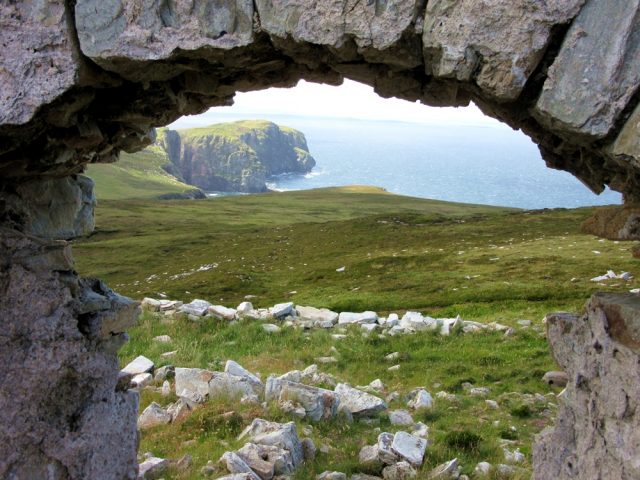 Near the northwest corner of Ireland, Dunfanaghy is a sleepy village in which nothing much usually happens. Less than three km (just under two miles) from the centre of town, you’ll find some little-known cliffs that offer breathtaking views.

Just discovering this rural part of Ireland is worth the trip, but do walk to Horn Head and enjoy those vertical drops down to a sea of intense blue. On land, the colour green is everywhere, rendered even more magical in spring and summer by abundant wild flowers.

The rock formations at the base of the cliffs are both diverse and original, with the famous “elephant legs” formed by limestone rocks separated from the main cliff by erosion, and dozens of caves that beg to be explored. 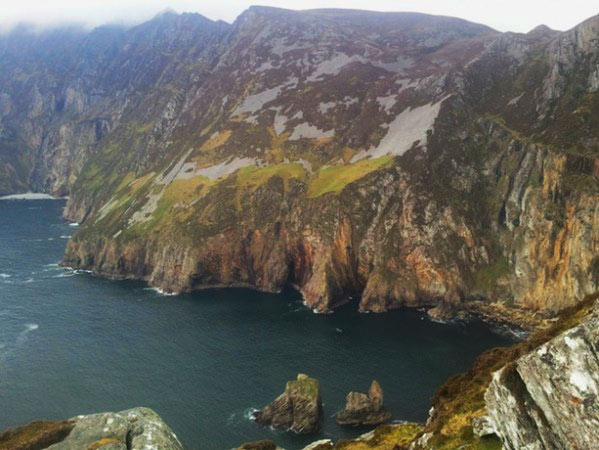 In the southwest of  County Donegal on the north coast, there are other cliffs that may be less marketed, but they’re no less spectacular than the likes of Moher. In the heart of Celtic Ireland (together with Sligo, the places where more people still communicate in Gaelic), the cliffs of Slieve League, rising 600 m (1,970 ft.) above the sea, are considered the highest sea cliffs in all of Europe. For many people, their dramatic beauty equals that of Moher – but what makes them truly special is the low number of tourists, which allows you to enjoy their majesty in blessed solitude.

Take the spectacular path that runs along the crest of the cliffs and spend hours without running into anyone. Some people even bring a tent and spend a night or two in the area. I can think of few places in Ireland more beautiful in which to overnight.

There are, of course, many more cliffs to see in Ireland. Why don’t you rent a car and travel the coast of Donegal, Galway, or Wexford to experience these and more, along with the lovely towns and landscape along the way?