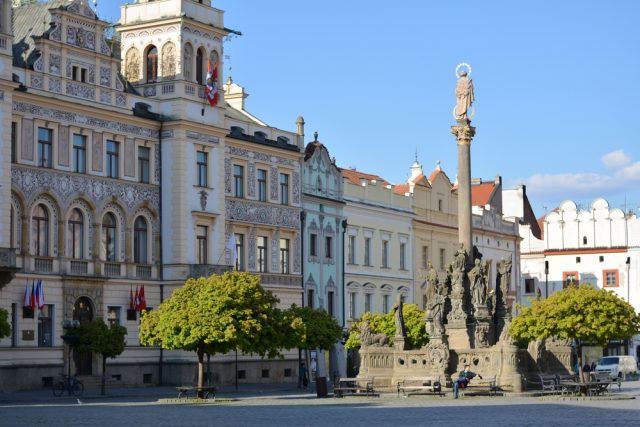 A little more than 50 minutes by train from Prague, Pardubice (“PAR-doo-bee-tsay”) is an unknown gem well worth visiting as a day trip or even as an overnight stay. Here in this Bohemian city of 90,000 you’ll find art, history, tradition, yummy food, beautiful landscapes, and the best: a friendly, welcoming people.

When you walk through the cobbled streets of Pardubice’s Renaissance downtown, you can’t help but breathe in its stately history. The historic centre is small and compact, making it a perfect place for a spring stroll in the sun. That’s exactly how I found it at the end of this past April, when the springtime sun lit up the beautiful Gothic and Baroque buildings of Pernštýnské Náměstí (Pernštejn Square), under which the colourful stalls of a street market beckoned.

Most of the buildings on the square were built during the city’s most splendid period (1491 – 1560), when the Pernštejn family – the elite of local Central European nobility – turned it into an important economic and strategic centre. Among the Baroque beauties, one manse called U Jonáše house particularly stands out.

However, what will grab your attention the most is the huge tower that guards the Zelená Brána (Green Gate), the old entrance to the city. It rises 60 metres (almost 200 feet) above the ground, and from its heights you can enjoy the best views of Pardubice and its surroundings. Inside, there’s a small museum that explains the city’s most important legends and the meaning of Pardubice’s coat-of-arms, which features the front half of a horse’s body. 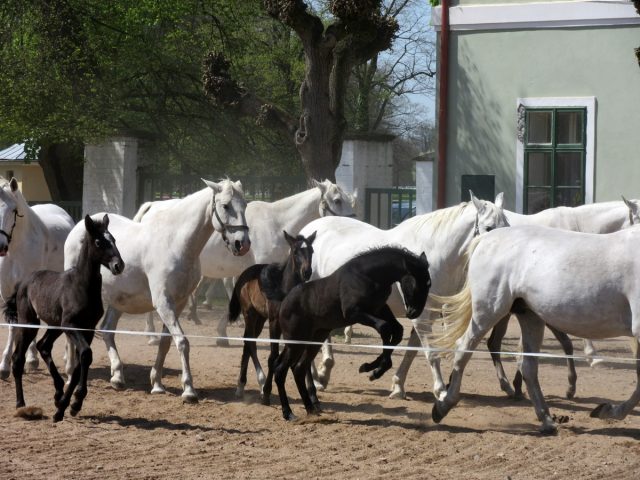 Horses, you see, have been part of Pardubice’s history all the way to the present day. According to legend, the horse of Pardubice’s bravest warrior was sliced in twain by a castle gate thoughtfully dropped on him by enemy forces. Today you won’t encounter anything so distasteful, but you can certainly enjoy the Czech Republic’s best horses at the Royal Stables of Kladruby nad Labem. Hundreds of the very finest white horses are bred here to pull carriages, participating in top world competitions and driving the carriages of kings and emperors of Central Europe, as well as high Vatican officials. Do not, however, visit the stables after 4 pm, as even these proud and haughty specimens have to go beddy-bye. 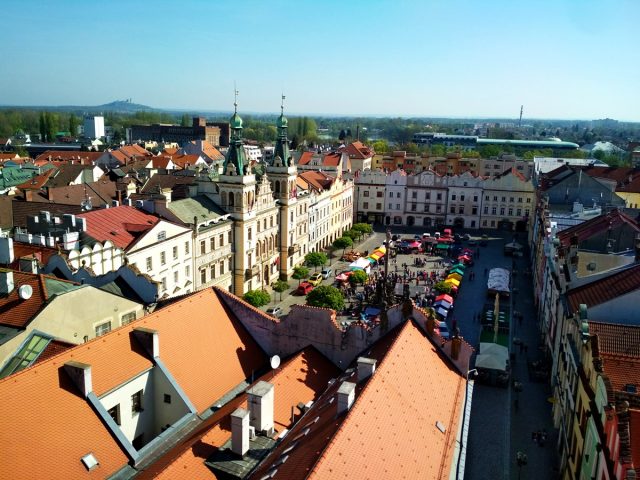 If you love castles, in Pardubice you can see two. The one in the centre of the city – the Zamek (Pardubice Castle) – was built in the 13th century as a fortress tower, but it would be turned into something much more exuberant by the Pernštejn family during the 15th and 16th centuries. Inside, you can appreciate Fortuna Volubilis, the first nude in the history of Czech art, tucked in among other Renaissance frescoes in the Chamber of Knights.

The other castle, Kunětická, is located about a five-minute drive from city centre, dominating the landscape from atop a small hill. With an appearance closer to the rough and mysterious fortresses of medieval times, it hosts concerts and plays during the summer.

After so much walking, surely you’ll be both hungry and thirsty. The thirst you can quench with one of the excellent black beers (Porter) of Pardubice. As for the hunger, if you happen to like gingerbread, you’re in luck, as the city is known as the cradle of gingerbread. These creations – made here with honey, flour and pepper following the ancient recipe – are authentic works of art, so that most are ‘pardoned’ and end up as decorations in their buyers’ homes rather than in their tummies.

Wind up your day with dinner in any of the restaurant terraces on lovely Pernštejn  Square. The sunset, with a live music soundtrack in good weather, will be engraved in your memory forever.