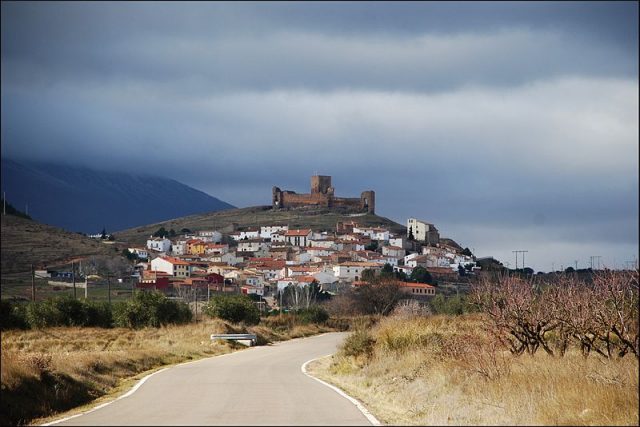 You’ve quite likely never heard of Trasmoz, a tiny hilltop village (its population just 62) in the rugged, snow-topped Moncayo Massif of southern Aragon (about an hour’s drive south from provincial capital Zaragoza). Like many such villages and towns throughout Spain, it’s a little charmer, its cobblestone streets lined with mediaeval architecture. But why is it the only Spanish town officially cursed and even excommunicated by the Roman Catholic Church? Therein lies quite a tale.

During the Middle Ages, Trasmoz was a wealthy, thriving community of some 10.000 inhabitants. There were iron and silver mines, commerce and exclusive rights over water and wood. By royal decree, the trasmoceros (locals) did not have to pay taxes or tribute to nearby Veruela Monastery. Apart from that, they also happily forged silver coinage in the massive 12th-century castle, now partly in ruins, which still dominates the town. 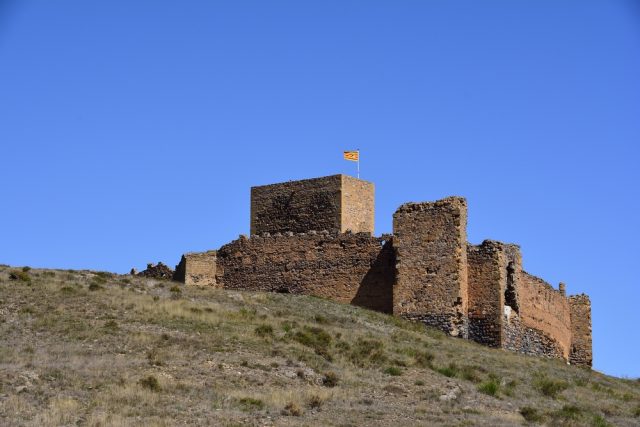 Envy and superstition, as well as an ongoing feud a Veruela miffed by its lack of control, led to rumors of witchcraft, black magic and devil worship going on up in the castle. Finally, with the backing of Pope Julius II, the abbot of Veruela excommunicated and cast a curse over the village (which, curiously, has not been lifted to this day; it can only be done by the pope himself), and then, during one of the darkest chapters of Spanish history, the Inquisition, established in 1478, Trasmoz and its alleged witches and sorcerers fell victim to vicious persecution, with many arrested and some burnt at the stake. That blow was compounded in 1498, when the town’s many Jews were included among the entire Jewish population that was summarily expelled from Spain, and its own population dropped disastrously. These days many houses lie derelict, its streets are largely empty (except during the festival, of course), and there are no shops, no school, and just one bar (which also sells honey and marmalade from Trasmoz’ only other business).

A two-room museum in the castle, curated by real modern-day witch Lola Ruíz Díaz (below), reflects all this tragic, gruesome history (including the sad fate of the last “witch” of history, “Aunt Casca”, thrown down a well in 1860). But these days, Trasmoz celebrates and even perpetuates its witchy past, with some twenty practicing witches and warlocks here and in neighboring Tarazona considered honoured citizens. Though there’s a dark side to it (casting spells and such), these days the practice of witchcraft is pretty much all about “white magic”, including healing and love potions brought about herbistry and natural remedies.

And most colourfully, every 17 July the population of the town explodes as many come from all parts of Spain and even abroad to watch and take part in its annual Festival of Witchcraft and Magic (below, designated an official Aragonese Festival of Culture and bidding for the same status on the national level), celebrating its 18th year in 2018. 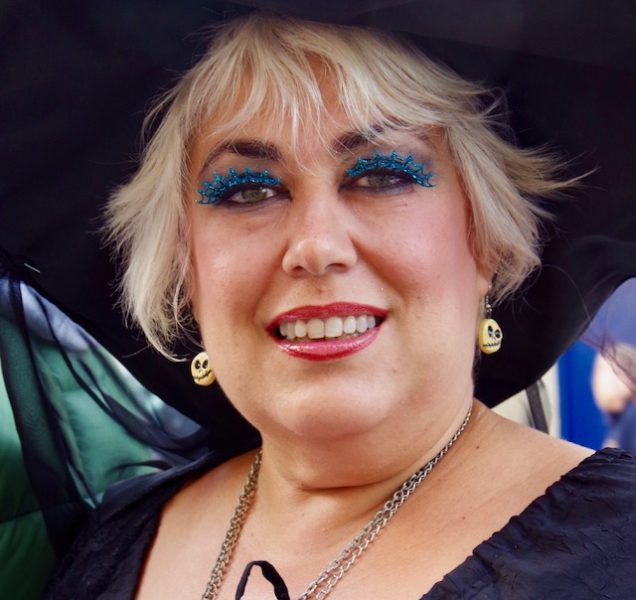 
On this day, the streets are lined with stalls where all kinds of magic lotions and potions are sold. Scenes from the Inquisition are re-enacted in plays by actors in period costume. Aragon’s famous specialities, such as cured ham, honey, morcilla (black pudding) and green-bean stews are served in generous portions, all washed down with the excellent Aragonese wines.

Of course, given the thousands who flock here for this extravaganza, booking well ahead is crucial, and the nearest options are in the neighbouring town of Tarazona, 15 to 20 minutes away; otherwise, the much larger pool of lodgings in Zaragoza itself is another option. 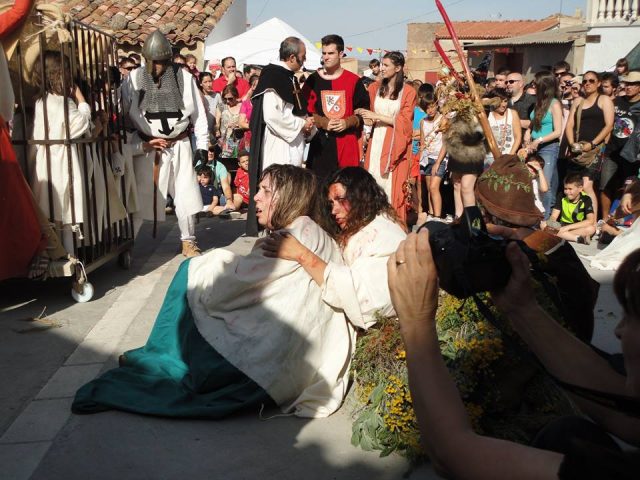 And even beyond all the witchery, the town and surrounding areas are a delight to explore. Apart from landmarks in town such as the 16th-century Gothic Santa María de la Huerta church, there is of course the Castillo de Trasmoz, originally abandoned in 1530, and rebuilt in recent years by a foundation. The courtyards, walls, and other areas are open year round, as is the tower with its Museo de la Brujería, visitable by appointment only (you can arrange this at the Taramoz tourist office), with period furnishings as well as exhibitions of art and history, and witchcraft paraphernalia such as black crosses, cauldrons, brooms, and dried/pickled animals. Lola has fascinating explanations to offer, but in Spanish only; otherwise you can rely upon printed material in English from the Tarazona tourist office.

Just down the road, Veruela Monastery, you can also have a look around its church, cloister, defensive walls, and somewhat bare garden with rather severely trimmed trees. Fun fact: 19th-century novelist Gustavo Adolfo Bécquer, one of Spain’s most venerated literary figures, spent a month living in one of the monks’ cells here – and in fact, it’s Bécquer we can thank for keeping Trasmoz’ legend of witchery alive for later generations. and there’s a statue of him here in the garden.

Next-door Tarazona is also a treat for history lovers thanks to its cathedral and other churches, as well as its bishop’s palace, wonderful Gothic town hall, and mediaeval Jewish quarter including the best preserved hanging balconies in Spain; the shopping-inclined will also love browsing its great ceramics shops, and if you can get there on August 27, that’s when its major mediaeval festival, the Cipotegato, is held. The outdoorsy, meanwhile, will enjoy the hiking and biking in the Tarazona area’s Moncayo Nature Reserve.

To be sure, there are a handful of other Spanish towns which celebrate their occult pasts, from the witches of Navarre’s Zagarramurdi to the ghost towns of Burgos and Tarragona. But none has pegged its fortunes to the mystical spells of the past quite like this one. In short, you’re bound to be bewitched by Trasmoz!