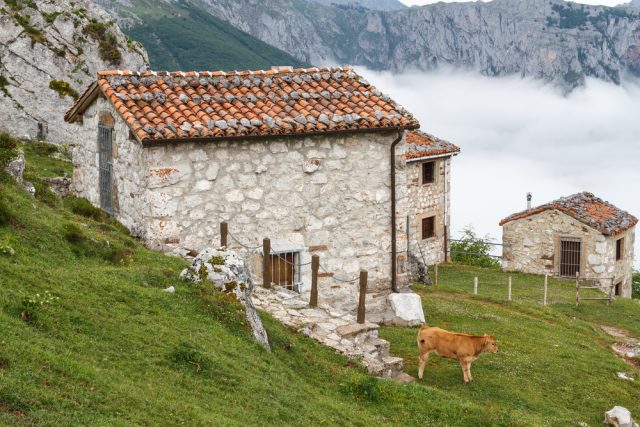 Spain is positively packed with old, lovely little (even tiny) rural towns, and no place more so than the principality of Asturias, astride the Bay of Biscay in our country’s verdant north. Today I’d love to introduce you to an especially special one of them. Some 2½ hours east of the Asturian capital Oviedo, Bulnes is distinguished not just by being ravishly picturesque but also unusually challenging to get to. 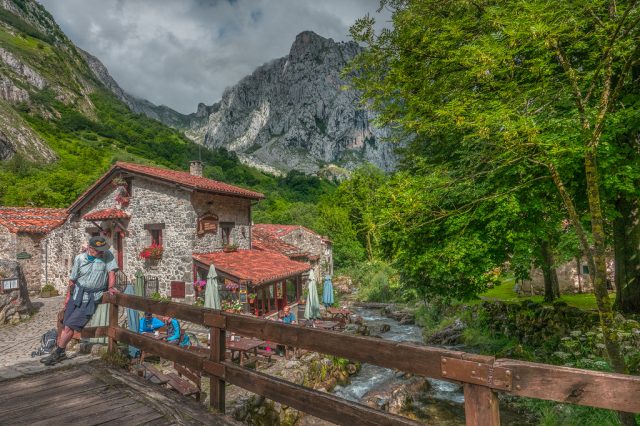 You see, this stone village of barely 40 inhabitants, 650 metres (2,133 feet) up in the rugged Picos de Europa mountains, was until not so long ago without electricity and accessible only via footpaths and donkey trails – and to this day it remains the last village in Spain where there’s still no road in. 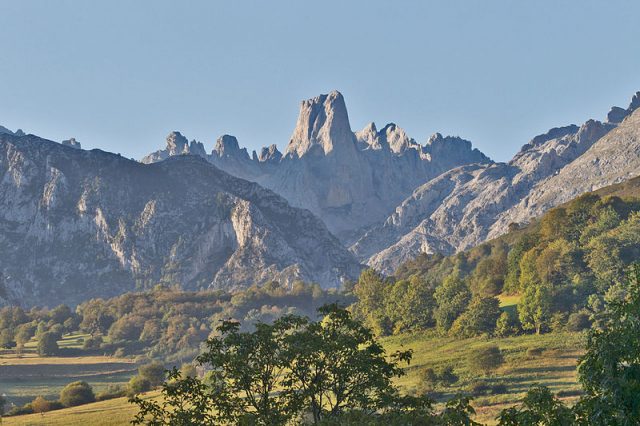 However, in 2001 a tramway was tunneled in from the nearby village of Poncebos, an eight-minute ride that has allowed a stream of adventurous and nature-loving visitors (especially hikers and climbers) to finally discover the cobblestone lanes and limestone houses set amidst dramatic Asturian crags, precipices, and peaks – the most prominent of which is the 2,519-m (8,264-ft.) Naranjo de Bulnes, aka Picu Urriellu (above). 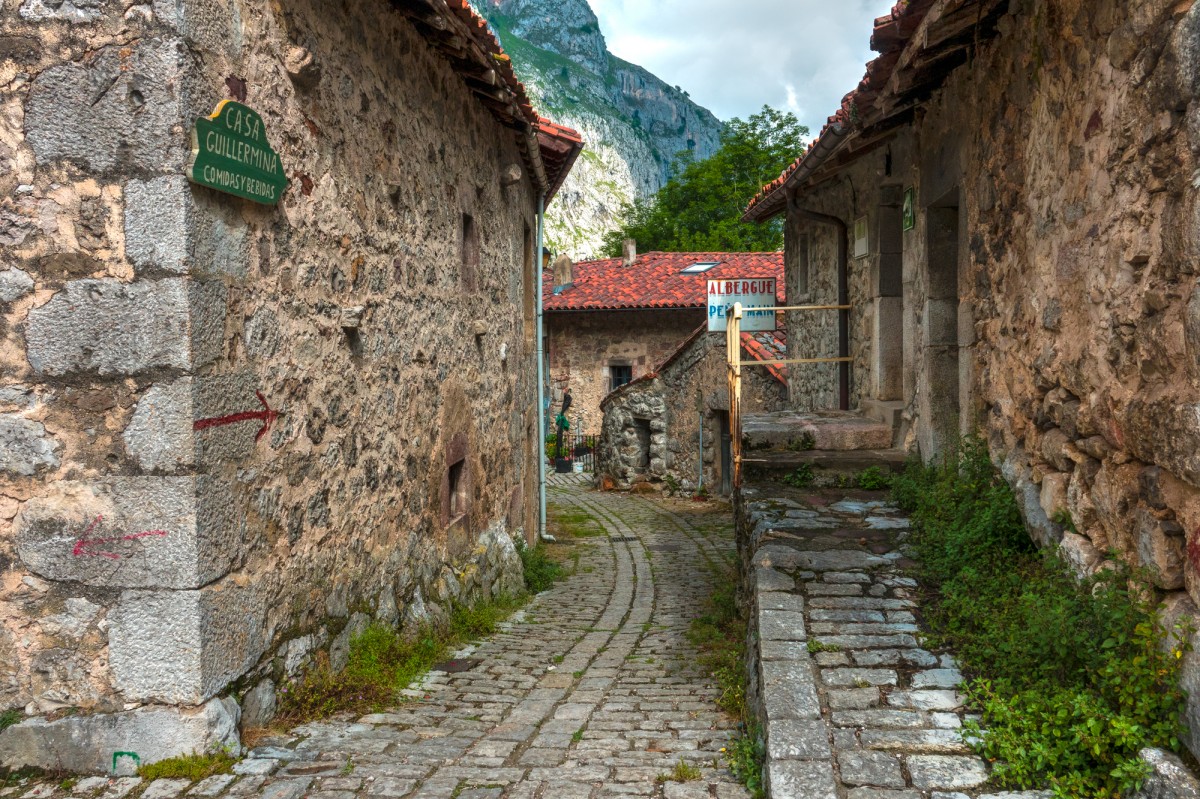 These days along those lanes you’ll also find a handful of charming small restaurants, shops, and lodgings, such as Bar LaLLende (in addition to serving the wonderful blue-cheese-like cabrales named for the local region, it makes a mean roast kid goat and fabada, classic Asturian fava-bean stew). But despite a certain amount of low-level tourism having reached Bulnes, you’ll still find yourself utterly entranced by one of Europe’s most remote villages.

More info in English on the Cabrales region: TurismodeAsturias.es.