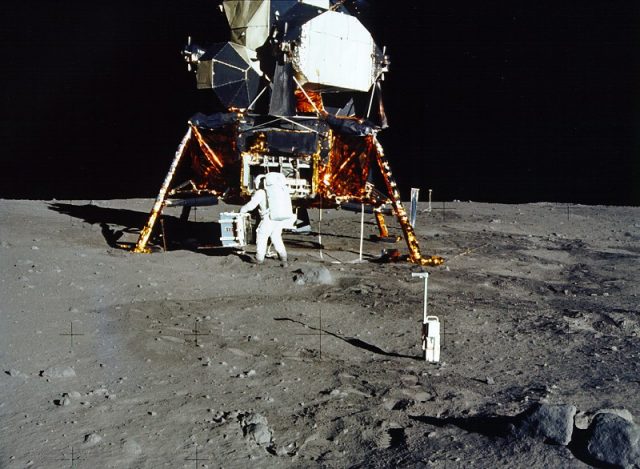 “Houston, Tranquility base here. The Eagle has landed.”

The other day, watching the 2015 movie The Martian, I remembered my visit to one of the most original museums in Spain., where a plaque with that quote is right out front.  It’s unlikely you’ve ever heard of Fresnedillas de la Oliva, an hour’s drive west of downtown Madrid, but this town of barely 2,000 harbours a very well-kept secret you’d never expect: the Museo Lunar.

To put the Space Interpretation Center of Fresnedillas de la Oliva in context, we have to go back to the 1950s. At that time, the main world powers were in the midst of a frantic space race. Aiming to be the first to send a man to the moon, U.S. president John F. Kennedy created the Manned Space Flight Network (MSFN), basically three large stations with giant antennas that would maintain communication with the astronauts during their space missions. The first was placed in Goldstone, California, the second in Honeysuckle Creek, Australia, and the third… take a wild guess. 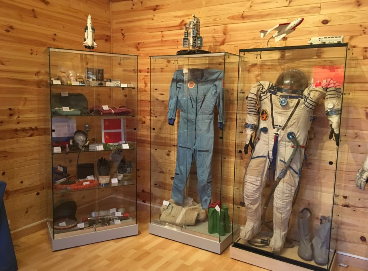 The museum is home to an extraordinary collection of photographs, documents and various artifacts used in the different lunar and other space missions: everything from the space suits of Pedro Duque, the first Spanish astronaut (and newly appointed national Minister of Science) to lunar maps, tools, watches, an Apollo A7L helmet, an Apollo flight suit, and even a Russian MIR suit. The list goes on, covering more than 300 out-of-this-world items that delight both astronomy and sci-fi buffs, space dreamers, seekers of unusual experiences both young and old (it’s an especially great activity for the kids).

While you’re out here in Fresnedillas, have a spin its historic centre, which features some lovely 16th-century architecture, including the iconic Church of San Bartolomé, the town’s patron saint (in whose honour festivities are held each 24 August). A number of buildings are made of locally mined granite – which was also used in the foundations of major Madrid landmarks such as the Oriente Palace, the basilica of San Francisco el Grande, and the Palacio de Comunicaciones. And some of the façades, doors, and windows are colourfully painted by artist Elena Parlange as part of a cultural project called Living Houses.

Furthermore, depending on how you drive to/from Fresnedillas, you’ll likely the route you choose, you’ll cross the Guadarrama River and its surroundings, a natural reserve of the loveliest sort. It’s a great place for a quiet hike, bike ride, and/or picnic.

Excellent and very enjoyable guided tours of the Lunar Museum are available, and the center is open on Saturdays, Sundays and holidays from 11 a.m. to 2:30 p.m. General admission is 3 euros, 2 euros for children and free for pensioners and children under 5 years.