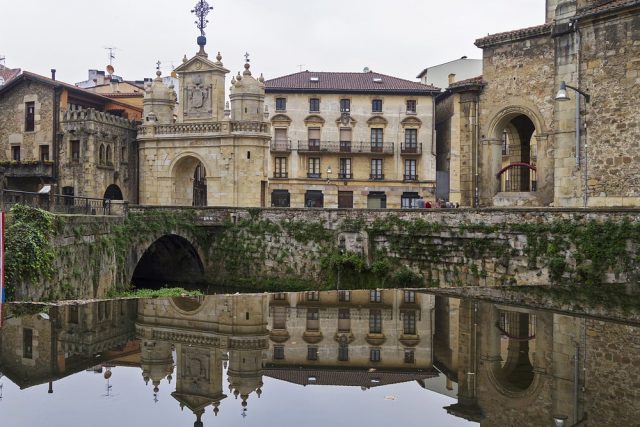 Northern Spain‘s verdant Basque country is like most of this country’s regions full of atmospheric towns absolutely redolent with history. And one of them, Durango in the province of Vizcaya (Biskaia in Basque, Biscay in English), has been getting some extra touristic love this year thanks to being a location of a movie called Handia, the most nominated entry of 2018 in Spain’s equivalent of the Oscars, the Goya Awards (and by the way, one of Iberia‘s wide selection of inflight movies).

This beautifully shot period drama (trailer below) tells the story of a freakishly tall young man (2.42-metres/7’9”) whose elder brother tours him to crowds throughout Europe in the 1840s as the Giant of Altzo (a tiny village in the neighbouring province of Gipuzkoa). The film was actually shot in eight Basque locations, of which Durango has perhaps the most to offer visitors (not to mention that its the home town of Handia‘s lead actor, Eneko Sagardoy).

With a population of just over 29,000, located less than an hour’s drive inland from Bilbao, Durango is these days mostly an industrial city, but does still boast an evocative mediaeval quarter, consisting of three main streets woven joined by cross streets and a diagonal street with the early-16th-century Basilica of Santa Maria of Uribarri at one end and the 18th-century Church of Santa Ana at the other.

One of the movie’s main locations here is the Plaza Santa Ana, whose Baroque Arch of Santa Ana, a gate built in 1566 to replace its mediaeval predecessor, is the only remnant of Durango’s old city walls.  Other notable landmarks include the 16th-century City Hall, tarted up in the 18th century with colourful motifs inspired by that era’s Comédie Française in Paris; the nearby 18th-century Etxezarreta Mansion, home to the city’s Museum of Art and History; the Kurutzesantu Museum, whose prize is the Kurutziaga Cross, a Gothic treasure dating back to the late 15th or early 16th century; and the manses of the riverside Pinodo district such as the late-19th-century Palacio Etxezuria, a pastiche of disparate influences including Modernist, Baroque, Renaissance, and even Byzantine. 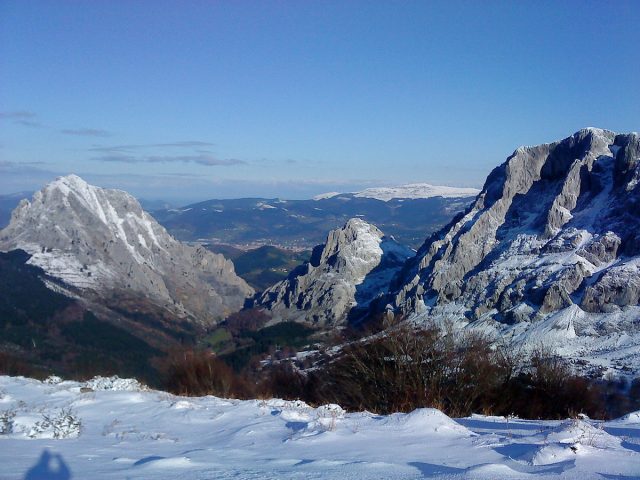 Furthermore, the hills and forests surrounding Durango are splendid for ecotourism and adventure, with a star of the region being the rugged, 5,958-hectare (14,720-acre) Urkiola Natural Park (above) a few kilometres south of the city, which features the 1,337-metre (4,386-foot) Mount Amboto; an abundance of hardwood and conifer forests; fascinating caves to explore; and wildlife such as wild boar, deer, partridge, and of course hundreds of bird species. A delight for hiking, biking, and mountain biking!