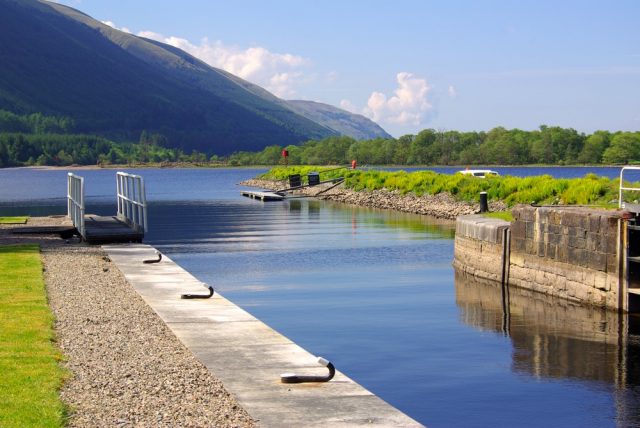 The Scottish Highlands are a wild and wonderful corner of Europe indeed. Mountains towering more than 1,300 metres (4,200 feet), covered with dense forests and hanging moss; ancient castles brimming with tumultuous history; and of course the deep and mysterious lochs, foremost Loch Ness, famous for its legendary alleged resident, dubbed “Nessie”. The region’s traditional capital, Inverness (pop. just over 61,000), makes a fascinating visit in its own right, but not many outsiders realise that its location on the River Ness is also the jumping-off point for a series of rivers and canals, a cruise on which can provide a unique perspective on this magical land, one inaccessible on land only. And that’s what I recently had the privilege to discover. Come cruise with me, won’t you? 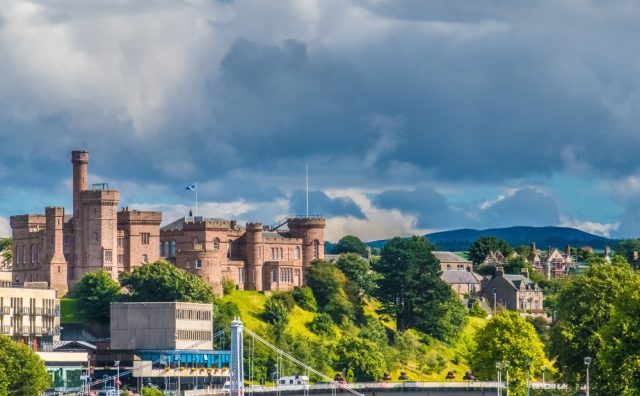 The United Kingdom’s northernmost city, and a three-to-four-hour train ride from nearest major air gateway Glasgow, Inverness is dominated by Inverness Castle, an actually rather recent (1836) affair in red sandstone, replacing a previous version which was cited in William Shakespeare’s Macbeth. Today it’s occupied by the local sherriff’s office and thus far only the grounds and the North Tower are open to the public – but it’s more than enough to explore and enjoy great views over the river, the sea, and the port.

Down in the recently pedestrianised streets of the Victorian old quarter, it’s great fun to walk from High Street to East Street, snagging a bottle of whisky or a tartan item as one of the cute small shops, in Eastgate Shopping Centre, or Victorian Market, a fine example of 1890s wrought-iron-and-stained-glass architecture. For the culturally minded, there’s also the Museum and Art Gallery, and Shipspace,   covering Scottish maritime history and including with a 1:10 model of the Titanic (lots of Scottish connections to the notorious, doomed ship) which you can enter and explore. 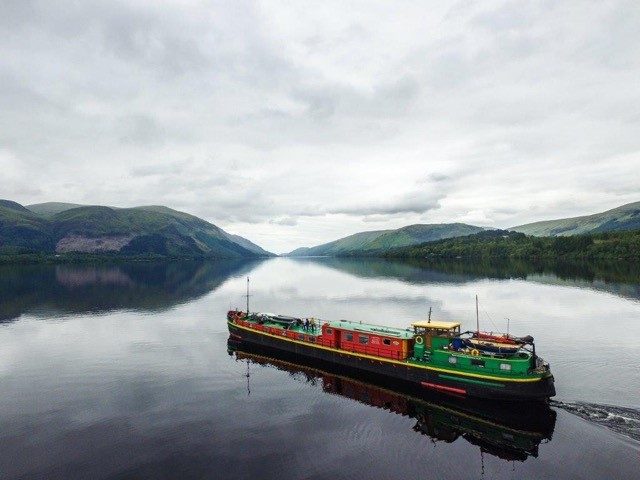 Barging Around the Highlands

After an interesting Inverness interlude, it was time to embark on my Caledonian Discovery barge cruise – one of a number which operate April through October. Although I didn’t choose the best season because of plentiful rain, this cruise along the Caledonian Canal still turned out to be a fabulous way of seeing places that can only be accessed by water. It took us through four lochs, interspersed with hiking and biking along the tow path and forest trails (even a bit of canoeing is possible, weather permitting). And what a very special and enjoyable experience it turned out to be!

First we were driven to the nearby village of Foyers, on the eastern shore of Loch Ness, to see the Foyer Falls, which drop 50 metres (164 feet) into a narrow gorge, then on to the bustling village of Fort Augustus, where the barge Ros Crana awaited.

Surprisingly comfortable and spacious, the 44-m (144-ft.) barge holds a half dozen cabins with bunk beds, ensuite baths, and ample space to sit inside and out to watch the landscape glide by. Meals are served in a cosy dining room around a large table, with the guests and crew eating together discussing the days adventures and what’s in store for the following day – delicious and filling fare in generous portions, prepared on board by a chef who uses only fresh local products (one night, though, he also prepared a quintessential Scottish haggis – a mix of oatmeal and sheep’s organs, cooked in a sheep’s-stomach casing).

Speaking of local products, with the exception of French couple and a pair of Englishmen, most of my fellow mixed-age passengers were Scots – friendly, outdoorsy folks who were sometimes a little tricky to understand through their burrs – but never mind, it was usually sorted out with a laugh and theatrical gesture – lubricated by Scotland’s marvelous, mellow whisky.

The Caledonian Canal connects the North Sea and the Atlantic Ocean through four lochs, entering and leaving each via locks (I had never seen one filling and draining, so that was a new experience!). In part it parallels the Caledonian Way, a biker’s dream to explore the Highland wilderness and the Great Glen Way, an established walking route (both an option during our daily stops, with exclusive access to bikes, canoes, and even sailboats from the barge; a few cruises also visit sea lochs where you can spot dolphins).

Some passengers hung out topside, watching the scenery go by, but many walked or biked along the towpath, or went off on excursions to the various manmade and natural attractions along the way. 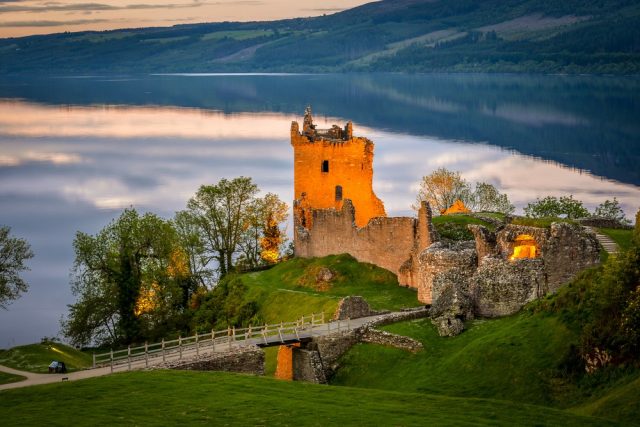 Our first port was the hamlet of Aberchalder, entering the two most beautiful locks: Kytrra  and Cullochy; here we saw the graceful suspension Bridge of Oich, inaugurated in 1854, a Scottish national monument now open only to pedestrian traffic. Then on a a stop in Castle Bay near Invergarry Castle, I took an excursion through Laggan Avenue, a forest track famed for its dense pines.

I used another stop to visit 13th-century Urquart Castle (above) which looms up like a giant split tooth along the shore of Loch Ness. Though it’s mostly a ruin, it’s well worth climbing the remaining fortress walls and enjoying the view over this legendary loch. The elusive Nessie didn’t put in an appearance – but who knows, you may have better luck on your own visit!

The Ros Crana then glided us through equally lovely Loch Lochy to Bunarkaig Bay,  and we took a bike ride through the “Dark Mile”, another forest track – moss-hung and so narrow and deliciously creepy you wouldn’t be surprised to spot fairies, red caps, will-o-the-wisps and other woodland creatures of folklore lurking in the gloom. On returning to the bay, we also get view of distant, snow covered Beinn Nibheis (in English, Ben Nevis), at 1,345 m (4,413 ft.) the UK’s highest peak.

Finally, our journey came to an end at Fort William, the Highlands’  largest town – an eco/adventure hub thanks in part to its proximity to Ben Nevis and in whose vicinity Scots-themed movies like Braveheart, Highlander, and Rob Roy were filmed – where we boarded a minibus for the 90-minute ride back to Inverness, cherishing my new Highlands memories all the way.

More info on Inverness here, on the Highlands here.