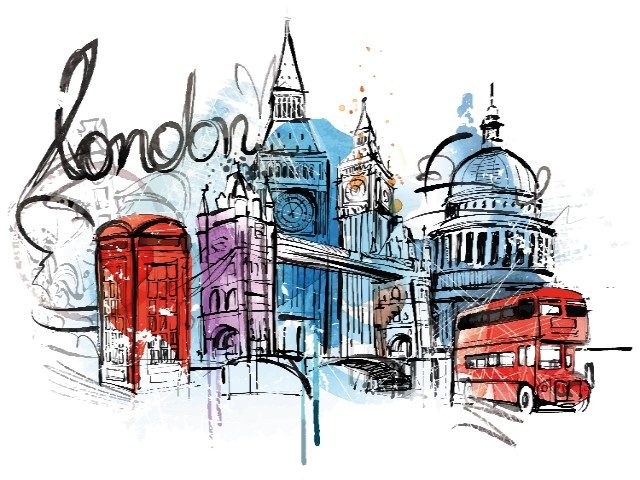 As one of the classic global capitals of all time – encompassing the ancient, the ultramodern, and much in between – the sprawling metropolis of 14 million on the Thames is a seemingly endless trove of travel treasures that I still haven’t exhausted in 59 visits. Whether it’s history, culture, shopping, dining, or the great outdoors, London delivers. And whether you’re a first-time visitor or just want to get back to basics, it’s worth taking stock of this city’s dizzying wealth of top attractions. 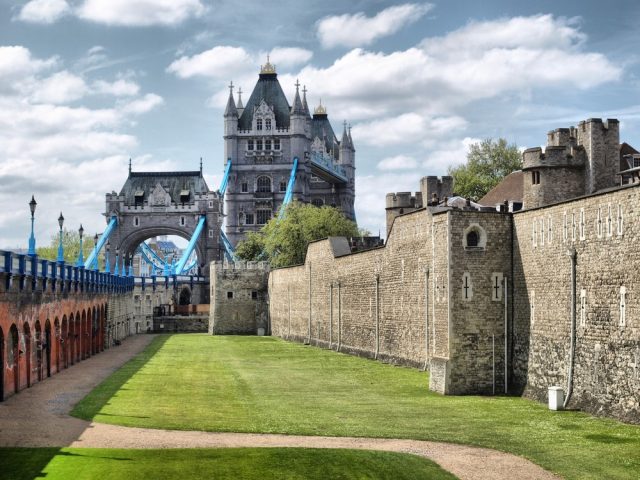 Central London is of course home to some of the world’s most iconic tourist attractions. Stroll across the Tower Bridge, then along Westminster Walk to ogle Big Ben and the Houses of Parliament, perhaps throwing in a visit to Gothic Westminster Abbey (dating back to 950) for good measure.

A fifteen-minute stroll from Westminster, Buckingham Palace is another crowd pleaser, both for its famous Changing of the Guard, and the two-hour tours of its state rooms from late July through late September.

Then of course, just across the Thames from Buckingham and Westminster, there’s one of the city’s newest icons – opened in 2000 – the London Eye (each rotation is 30 minutes).

And of course at the north end of the Tower Bridge, you won’t want to miss the Tower of London (above, with bridge), the traditional seat of royal power built by William the Conquerer in the 1066. At various times palace, prison, royal mint, and armoury, today it’s one of London’s most beloved attractions with its Beefeaters and its museum, the star exhibit of which is the British crown jewels. 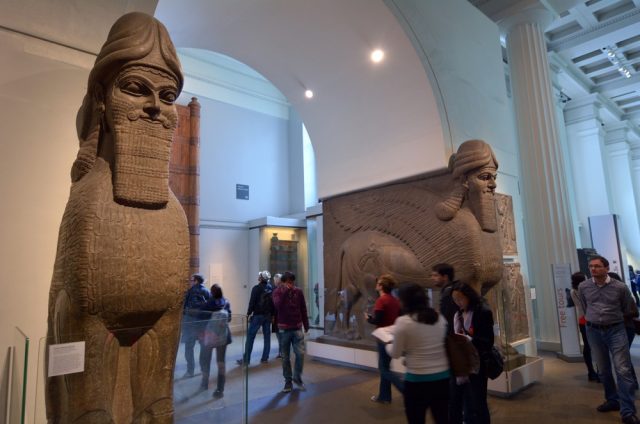 Speaking of museums, there are some 250 of them throughout the city, catering to any and every taste imaginable. Topping the list of course are the British Museum (one of the world’s greatest repositories of human history, art, and culture), the Victoria and Albert Museum (decorative art, design, and culture), the Tate Modern (Britain’s foremost institution of contemporary art, which just added almost 12,000 feet of exhibition space), and the National Gallery (art from the Middle Ages through the 19th century). 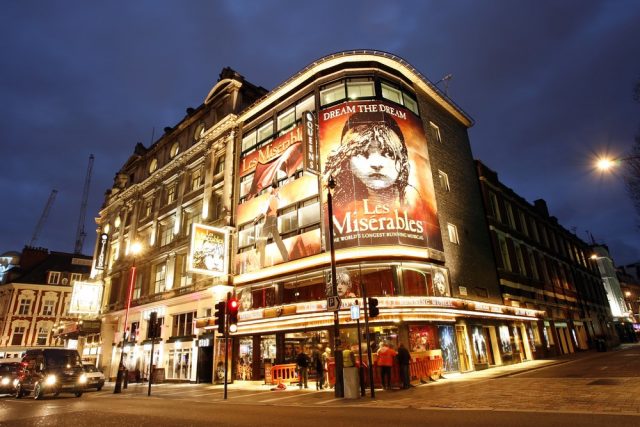 As world theatre districts go, London’s West End is second only to (and some would say on a par with) Broadway in New York City. Some productions seem nearly eternal (such as Les Misérables, since 2004, and The Mousetrap, since, gulp, 1952!), while others are limited, or flashes in the pan. Either way, the West End lies at the pinnacle of commercial theatre globally, and is definitely worth an evening or two of your time. Check out what’s on here.

Department stores were essentially invented here in the 18th century, and today Harrod’s in Knightsbridge is a must for most first-time visitors; the food halls at Marks & Spencer and Fortnum and Mason are always popular, and other blue-chip names include Selfridges, Liberty London, and Harvey Nichols.

Bond Street is among the most exclusive shopping districts, featuring an array of designer shops and other high-end merchandise, and others include Oxford Street, Regent Street, Jermyn Street, and Savile Row (this last especially notable for men’s bespoke suits). Meanwhile, the shops of the Carnaby Street and Notting Hill areas are a bit more budget-friendly (and funky).

Speaking of funky, London’s street markets are that and more – charming, and full of memorable scenes and scents. Looking for old jewelry, a wooden bench, fresh fruit, or artwork from lowkey to high-octane? There’s a London street market – both open-air and covered – for you, though some are only open on weekends. Around for more than two centuries, Portobello Road Market has long been popular with antique-ers, yet today sellers offer everything from vintage clothes, music and food. Camden Lock Market up north offers a bit of everything: designer clothes, food, art and furniture and is considered quirky and trendy. Old Spitalfields Market is another something-for-everyone venue, while Covent Garden not only offers market goods but a great sense of fun, with street performers on tap all housed in a spectacular example of London architecture. At Borough Market the focus is on the foodie, with gourmet ingredients as well as prepared foods from wraps to more elaborate treats served up by food stalls and sit-down spots. 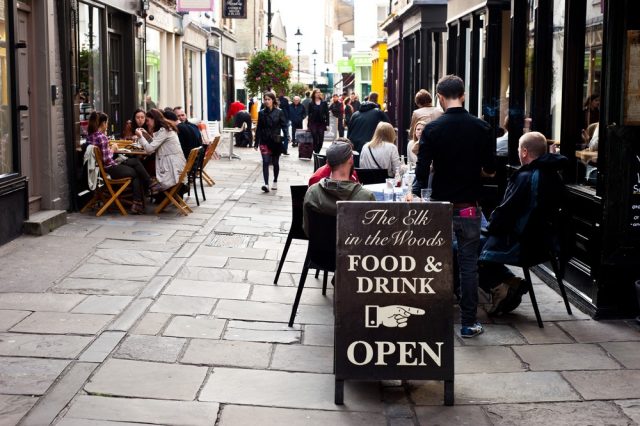 That brings me to the culinary scene writ large. Long gone are the days when fish and chips, bubble and squeak, pasties, and mushy peas were the height of ye olde cookery. All these and other British classics are still plentiful, of course, but they’ve been joined by a breathtaking international diversity, from nouvelle British to a globe-spanning menu including cuisines not easily accessible outside their home countries (Georgian, Icelandic, Australian, Hungarian, anyone?).  Love to eat, and experiment? Perhaps no better place than London these days! 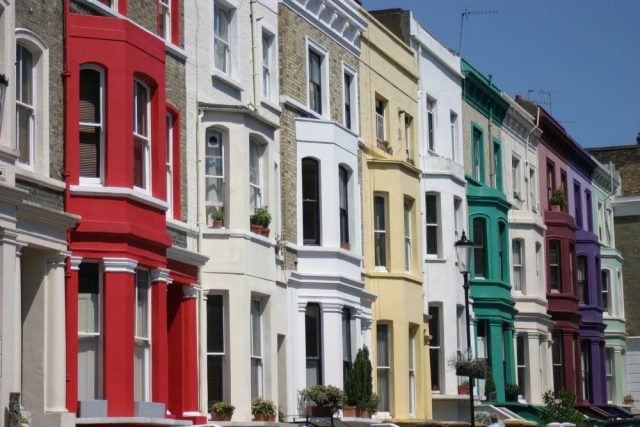 As with many old cities, London absorbed many towns and villages over the centuries, and so still has the feel of a “patchwork of neighbourhoods” – currently some 48 are distinguishible.  Many of these have also been seeing a renaissance in their fortunes, with hip notables worth a visit including Brixton, Camden Town, Notting Hill (above), and Shoreditch. 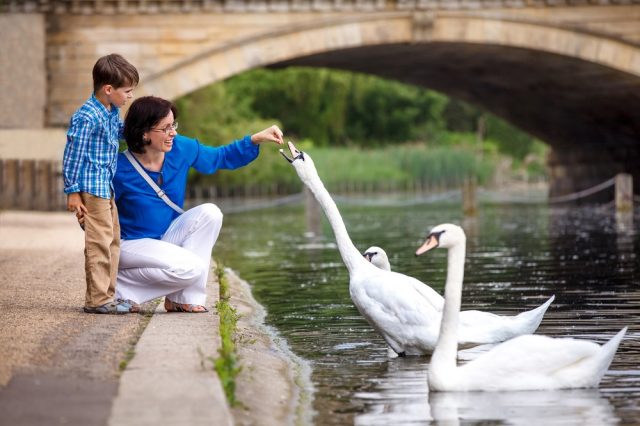 Back in the day, royals were very big on hunting preserves, and the gentry did like their green spaces. Their legacy lingers in the likes of – most famously – Hyde Park (above, guided walks leave from Leicester Square daily at 11 am), but also Greenwich Park, Kensington Gardens, Regent’s Park, and others. 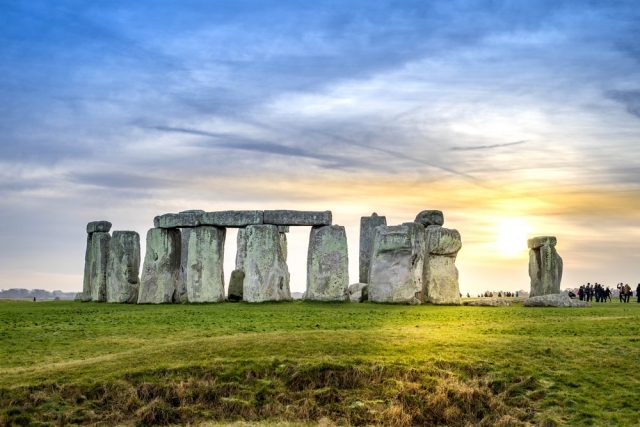 England and Wales beckon with scores of charming destinations within easy reach of the capital, via motorcoach, BritRail, or car hire (with chauffeur if driving on the left is a bit too unnerving for you!).  Four of my top favourites:

About 30 minutes out of Paddington Station, the royal family’s Windsor Castle residence dates back to the 11th century, and when the royals aren’t in residence, you can take a 90-minute tour – including St. George’s Chapel, where Prince Harry will marry Meghan Markel on May 19.

A bit farther out, 90 minutes south on the English Channel coast, Brighton has been a warm-weather resort more more than a century, with the famed Brighton Pier opened in 1899, The onetime palace here, the Royal Pavilion, the broad beach inviting, and the myriad cafes and shops (especially antiques) entertaining; especially check out the ones along the collection of narrow lanes called, well, The Lanes. Also well worth a visit: the Brighton Museum and Art Gallery and the Toy and Model Museum.

Also about 90 minutes away, the city of Oxford is home to the world’s third oldest university (1096), and the English-speaking world’s most distinguished. Besides wandering the tweedy Oxford University campus with its honey-coloured buildings and cobblestone lanes, a number of local attractions are first rate, including the 12th-century Christ Church Cathedral (one of Britain’s smallest), the university-affiliated Ashmolean Museum of art and archaeology (Britain’s oldest public museum), and the its botanical garden, Britain’s oldest (1621).

If you can deal with just an extra half hour of travel, it’s worth the two hours to get out to the world’s most famous megalithic site, Stonehenge near the city of Salisbury. With origins stretching as far back as 3000 BC, this UNESCO World Heritage Site still evokes primordial majesty, but for some years now, access has been restricted, and most visitors can only get as close as ten yards (if you’re willing to pay a premium, “special access” tickets allow 26 people per day to get right amid the stones, but they’re sold out months in advance, so book early).   On the other hand, a modern visitor centre built in 2014 now provides no end of fascinating context and background on this fascinating site, including recreations of the dwellings of Stonehenge’s Neolithic builders and other outdoor exhibits.

For sights in London itself, the Underground train (aka the Tube) is a very convenient way to get around – but so are hop-on/hop-off coaches which ply routes passing the most famous landmarks and institutions. Also highly recommended is a London Pass,   available in one-day to ten-day versions, which covers more than 80 attractions and provides expedited entry to some, along with special offers at various venues.

Based in Hollywood, Florida, Marcia Levin is travel writer who specialises in topics of interest to seniors and cruise fans. A past president of the Society of American Travel Writers, her work has recently appeared in AAA Living, Porthole magazine, and numerous websites such as NeverStopTraveling.com.