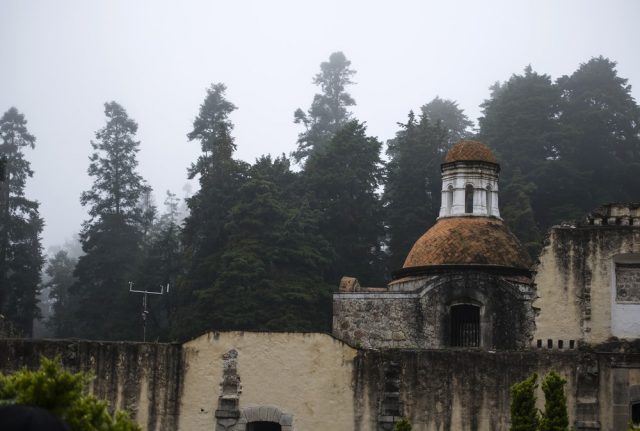 Among the many facets of Mexico’s gigantic capital are a remarkable series of large green spaces and parks, which capitalinos (locals) fully enjoy and which offer visitors, as well, a chance to reconnect with nature away from the hullaballoo of the city’s bustling streets and footpaths. One of these is a full-blown national park located out near the western edge of the metropolis about an hour’s drive from downtown. The Desierto de los Leones is an impressive name, for sure, but it’s neither a desert, nor does it have lions. 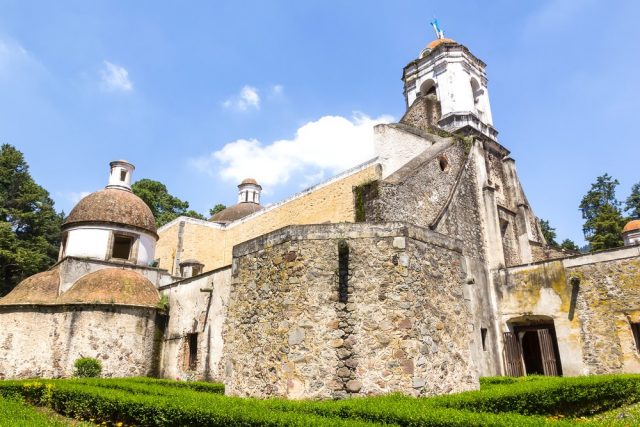 Rather, the name derives from desierto in the sense of “wild, deserted place”, coupled with the fact that the land was once said to belong to a family called León. Beginning in the early 17th century, the area was the site of a series of convents and hermitages, the most recent of which (mid-18th century) can still be visited today. The Barefoot Carmelite monks left during the Mexican War of Independence, and after a stint as a military headquarters, the area was made a national park in 1917.

These days, this hilly, 1,866-hectare (4,610-acre) spread is a cool, humid, woodsy oasis of ravines, brooks, and waterfalls amid pines, firs, and oaks, rising into the Sierra de las Cruces mountains. The historic buildings and surrounding gardens remain the core of the park, with some parts of the convent converted into museums showing the life and times of the monks who once resided here, as well as art from centuries past as well as the present day.

You can also roam around the dark tunnels and catacombs underneath, and score some tasty quesadillas and tacos, featuring handmade tortillas, at the little eateries adjacent to the convent. You might even catch a quinceañera (sweet-sixteen) photo shoot in the gardens or a wedding party emerging from the convent’s still-active church. You might also come upon an event being held on the grounds – an exhibition, concert, theatre work, fair – they’re all regular occurences here. 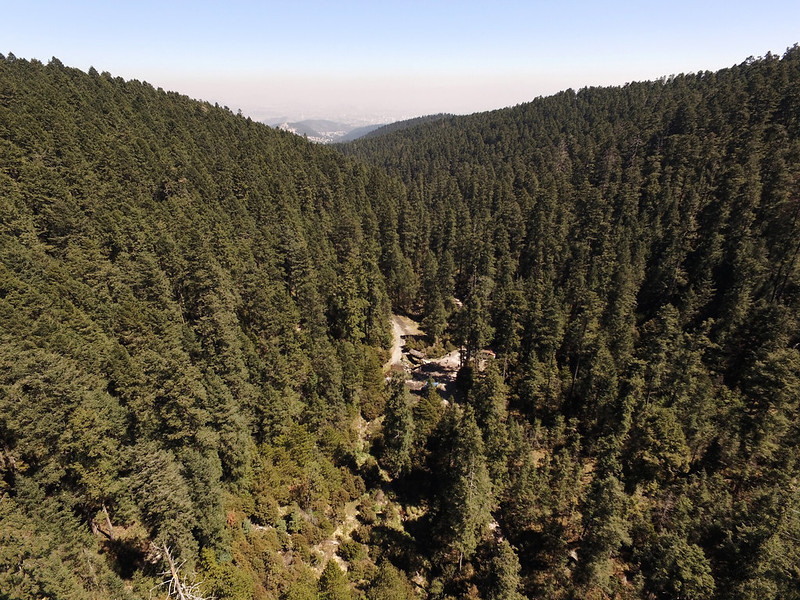 The more active and ambitious can also hit the hiking trails in the surrounding forests, on foot, bike, or horseback. You can stop at the occasional hermitage once used by monks for secluded meditation, have a picnic or barbecue at cabins set up along the way, and climb down the hill and amble along the river at the bottom. If you want to learn more about the local ecosystems and more effectively spot wildlife, consider hiring a guide to point out the local critters, including more than a hundred bird species, 30 types of mammals (including coyotes, grey foxes, white-tail deer, bats), seven amphibian species, and nine kinds of reptiles.

It’s truly amazing to think that all this nature and tranquility lies within the borders of one of the planets greatest mega-cities – although having said that, I’d also recommend avoiding weekends, when the locals come a-flocking and that vaunted tranquility is a bit more elusive. But regardless of when you come, an afternoon or a day at the Desierto de los Leones National Park will add a dimension to your next visit that few others experience.