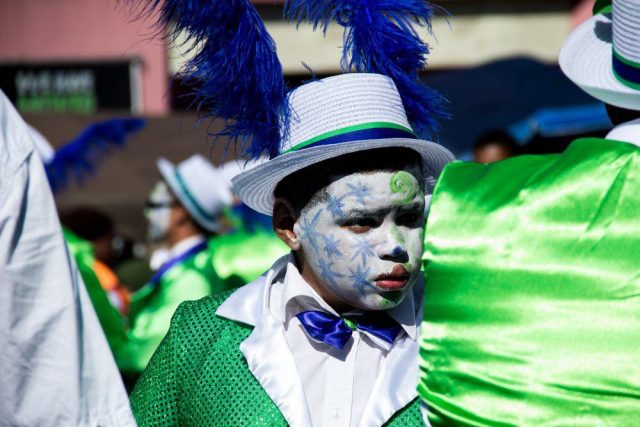 As we bid farewell to another year past, we like to point out cool places to celebrate New Year’s Eve to come. In past years we’ve covered Cuzco/Machu Picchu and Japan, with even a shoutout to Shanghai. This year we’d like to introduce you to five Iberia destinations to spend a memorable NYE in Africa. Woza!


This West Africa country’s most fun festival isn’t in capital Accra but two hours down the Atlantic coast in Winneba, a city of some 55,000 whose year-end carnival (dating from the late 1950s) is a rollicking production featuring locals competing in groups for best costumes and performances.

NYE is an increasingly festive affair in downtown areas of cities like Marrakesh, Casablanca, and Tangier (thanks to growing numbers of visitors from Spain, a few of their hotels have even adopted the Spanish custom of swallowing twelve grapes at the stroke of midnight). But what makes NYE truly exotic and unique for Western visitors is the opportunity offered by some tour operators to celebrate out in the desert in nomad tents amid dunes, camels, and a spectacularly starred sky.

In capital Dakar, locals celebrate in neighbourhos like waterfront Fann with dinners and soirées both in homes and local restaurants, where you can rub shoulders with Senegalese and expats in party mode; the fun continues with fireworks over the Atlantic, then partying into the wee hours at open-air dance venues.  Or take part in one of the year-end festivals like the Abéné Festival (famous for its drumming) and the Les Blues du Fleuve acoustic blues concert.

It’s summer “down under” in South Africa, but New Year’s is celebrated with as much enthusiasm as any frosty place up north. Cape Town is especially famous for its NYE fêtes – which extend till January 2 with its New Year’s Eve Carnival, attended by thousands from all over the country, continent, and beyond – and given extra meaning with a Second New Year Street Parade (top, aka Tweede Nuwe Jaar), marking the traditional date when slaves were given the day off. It’s a festive procession featuring 70 troupes of more than 13,000 colourfully decked out minstrels playing a mix of traditional and modern songs.

Johannesburg, too, gives good party, and one particularly raucous spot is its Hillsboro neighbourhood, thanks to the the custom among some locals to literally fling out the old by tossing old items – even microwaves and even entire beds – out their windows (watch your heads!!). And for the best parties in town, though, head to hip, artsy Newtown (covered recently on our blog).