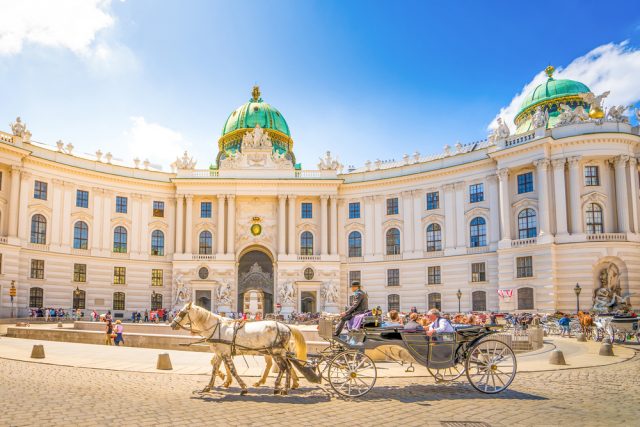 
Austria‘s capital is not merely one of Europe‘s most elegant, but also a truly remarkable hub of culture and exciting blend of past, present, and future. By day or by night; during all four seasons; solo, with your significant other, or family/friends, we love Vienna because it boasts…

✓ Romantic walks along the banks of the ‘beautiful blue Danube.’

We’re so enamoured, in fact, that we have decided to increase service between Madrid and Vienna to three daily flights almost every day. Fasten your seatbelt, we’re taking off!

If there’s one word we’d use to describe this grand European capital, it would be ‘stately.’ Fortunately, we can use more than one word, so here we go, in three parts:

First Stop: An Illustrious Past

Besides the immortal Wolfgang Amadeus Mozart, Austria’s most iconic figure is probably the 19th-century Empress Elisabeth, better known as Sissi. The empress of Franz Josef I left her mark on Vienna architecture in various ways, most notably its two most splendid palaces, the Hofburg and the Schönbrunn. The former was the ruling Habsburg dynasty’s winter palace and is today the seat of the Austrian presidency, its dozen buildings spanning various styles from the 13th through early 20th centuries, home as well to the Austrian National Library and of course the fascinating Sissi Museum. The latter, the Baroque summer residence of the court, and arguably the equal in grandiosity and pomposity to Versailles, is a UNESCO World Heritage Site for good reason.

Then there’s the Belvedere (actually two palaces, the Upper Belvedere and the Lower Belvedere), completing the imperial-residence triumvirate with a mix of Baroque splendour and sublime formal gardens. The magnificent interior also offers a surprising bonus: the world’s largest collection of late-19th/early-20th-century Austrian Symbolist painter Gustav Klimt, including his “Golden Period” masterpiece The Kiss. 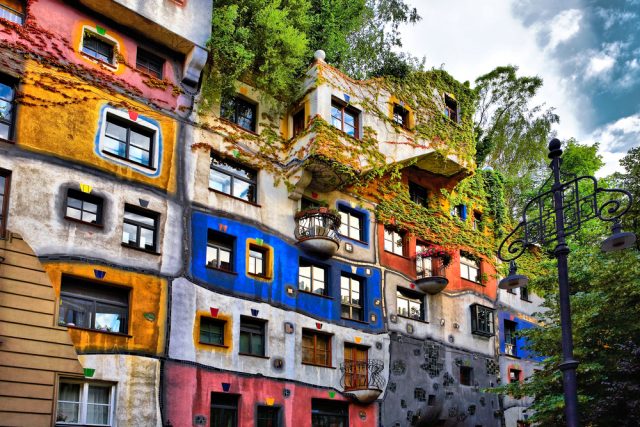 It might surprise some who think of Vienna as the epitome of classical elegance to learn that in recent decades it’s also acquired serious chops as a centre of modern architecture and culture, with a thriving “alternative” scene. One of its top icons is the Wienerwand, a miles-long stretch along the Danube adorned (with the encouragement of the city) with fantastic street art on one side, and the beauty of Europe’s second-longest river on the other. Original, wouldn’t you say?

Another is the colourful, undulating Hundertwasserhaus (above), built in the mid-1980s. And of course there are plenty of cutting-edge art galleries, as well as 20th- and 21st-century masterpieces to be ogled at the Vienna Museum of Modern Art (MUMOK), from Picasso, Warhol, and Lichtenstein to the hottest up-and-comers of the 2010s. 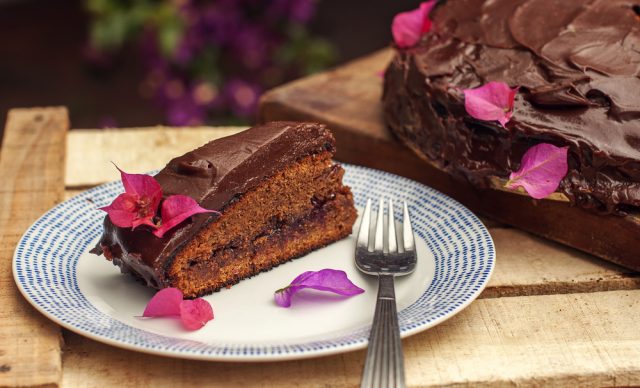 Third Stop: A Feast for the Palate


No less important to the Viennese is their distinguished and delicious culture of gastronomy. Austria’s central location in Europe, onetime rule over much of the continent, and current borders with seven other countries has left Viennese cuisine with a diverse cornucopia of influences, including Hungarian, German, and even Italian. Most people will be familiar with its best known dish, Wiener Schnitzel, breaded beefsteak fried in butter and accompanied by fried potatoes – simple but oh, so tasty. Another classic beef dish is Tafelspitz , simmered with root vegetables and spices, and served with roasted potatos and a mix of minced apples and horseradish or sour cream and chives.

But Vienna and Austria particularly shine when it comes to sweets, with a pastry- and cake-making tradition second to none in the world. Perhaps the most reknowned example is the Sachertorte, with two layers of chocolate cake separated by apricot jam, then glazed with chocolate. Perhaps a tad less decadent but just as tasty, Apfelstrudel is another classic, that famous rolled pastry filled with apples, raisins, and a touch of cinammon; add a scoop of vanilla ice cream and it’s the perfect coda to any Viennese meal.

So come waltz with us to Vienna in 2018! There’s no shortage of reasons, and now, with more weekly flights. See you on board!