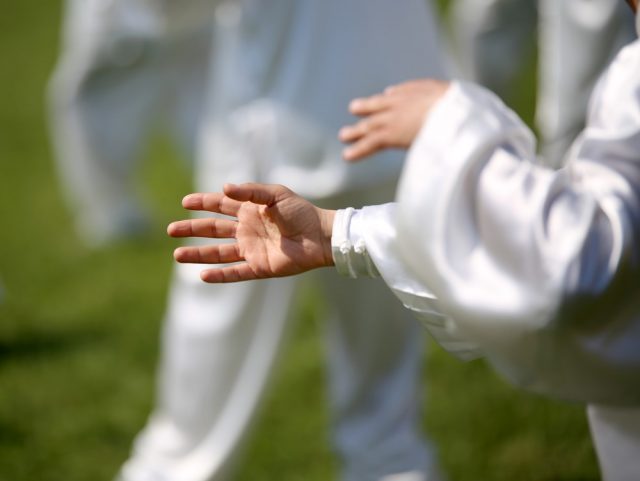 Almost no matter which Chinese city you visit – Shanghai, Beijing, Hong Kong, Singapore, or Guilin (below) – you’ll spot people individually or in groups, in parks, on esplanades, and other public places, performing the slow, fluid, elegant movements that are a hallmark of  the centuries-old discipline of tai chi chuan and its closely related, overlapping form qigong. 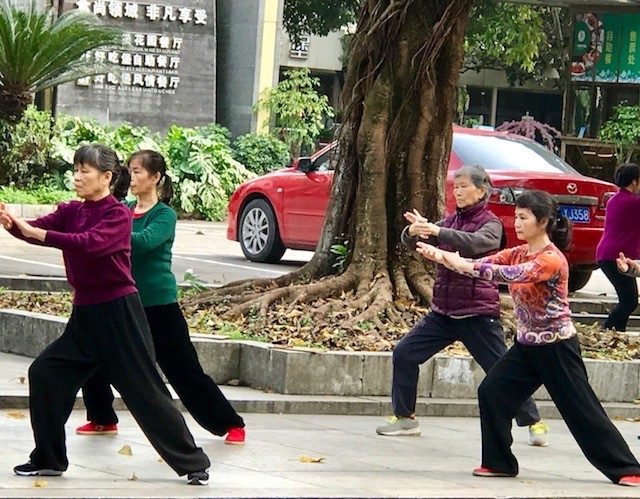 Tai chi’s roots are rather nebulous; according to one tradition, it originated in central China’s picturesque Wudang Mountains in the 12th century, when Taoist sage Chang San Feng observed a fight a battle between a snake and a crane, and innovated a martial art that mimicked their moves. Regardless of its exact origins, a village  to the north of the mountains called Chen in Henan Province (a seven-hour drive south of Beijing) ended up becoming the centre of the new discipline (and remains a huge stronghold even today), from which it later spread throughout China in the 19th century.

Today, tai chi and qigong are practised by some 200 million people, not just in culturally Chinese areas but also increasingly in the West (it reached the United States, for example, in 1939), with new tai chi studios and groups forming every year (such as the martial arts school run by Jake Mace in Tempe, Arizona, who made the demonstration video above). It’s even become a demonstration sport in the Summer Olympics. 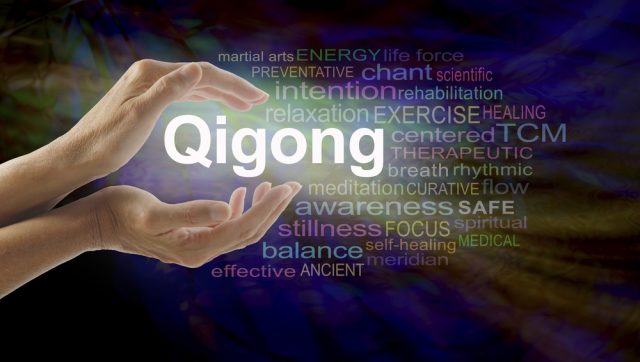 And though originally conceived as a kind of self-defensive, non-aggressive type of martial art, based on a philosophy of yin and yang, and of yielding and flowing around obstacles (one master described it as “the art of softness containing hardness, of a needle concealed in cotton”), tai chi and qigong evolved into a system of maintaining health and longevity, reducing stress, and even a kind of meditation. And it’s this that has become its main attraction since gaining popularity throughout the 20th and 21st centuries. Tai chi and qigong’s carefully controlled movements work various muscles and stretch all parts of the body, benefiting not just the muscles exercised but also the body’s internal organs. Though certainly practised by folks of all ages, they’re especially brilliant for seniors as a low-stress but effective way of keeping body and mind in shape as they age. 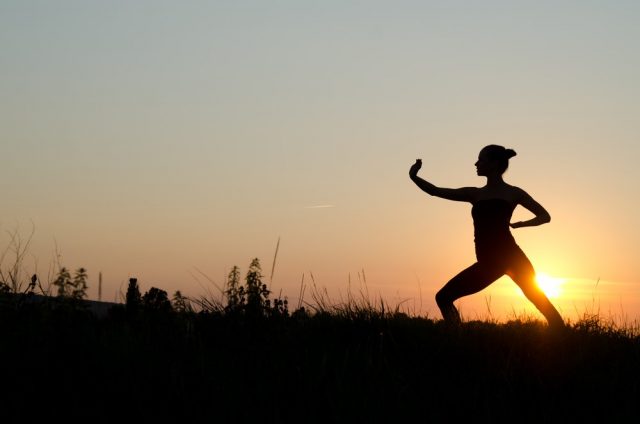 Tai chi and qigong’s various movements come with suitably poetic names such as “white crane spreads its wings“, “part the wild horse’s mane“, “hand strums the lute“, and “grasp the bird’s tail“. More testament to the elegant gentle nature of a martial art-turned-meditative-health-promoter that over the centuries has come a long, long way from a tiny village in rural China to enjoy an appreciative, even enthusiastic global following.